LDF retained the Kozhikode, Kollam, Thrissur and Thiruvananthapuram corporations and wrested the coveted Kochi corporation in the local body polls 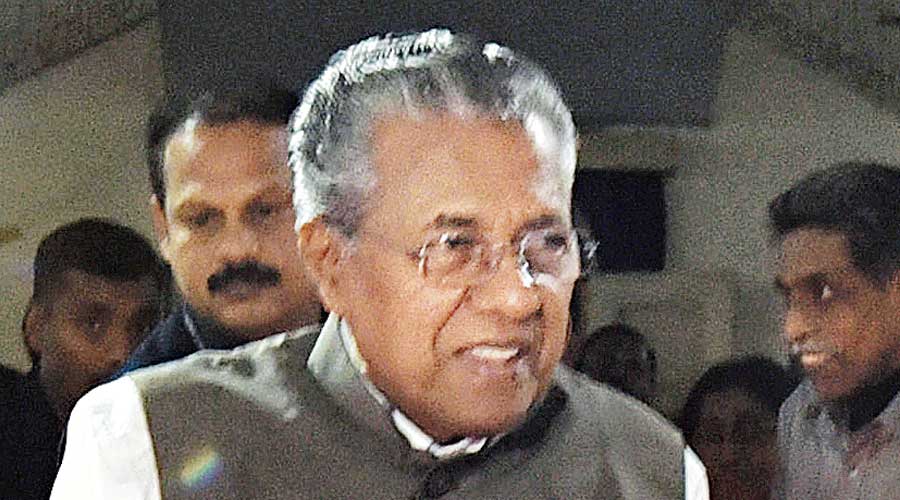 Kerala’s ruling Left on Wednesday dominated the local body polls months before the Assembly elections, basing its campaign on its performance in the face of an Opposition smear campaign that rode on financial controversies involving people close to senior Marxist leaders.

In an election fought with a verve more typical of Assembly and Lok Sabha polls, the Left won significant victories in both rural and urban constituencies, upsetting the Congress in many strongholds.

In Thiruvananthapuram, the Left win spoiled an upbeat BJP’s dream of getting its own mayor to receive Prime Minister Narendra Modi when he comes campaigning ahead of next summer’s Assembly polls.

Overall, the BJP marginally improved its performance — with the 2018 Sabarimala agitation appearing to pay off — but its avowed hopes of emerging as a force in Kerala were dashed.

State BJP president K. Surendran had on Saturday predicted his party would win at least 61 of the Thiruvananthapuram corporation’s 100 seats. But the BJP ended up with 34 against the Left’s 51, while the UDF mustered just 10.

For the Left, the icing on the cake were the convincing wins in central districts such as Kottayam and Idukki, where new ally Kerala Congress (Mani) helped it dislodge the UDF.

For the first time in 25 years, the LDF won the Puthupally municipality, considered the pocket borough of Congress veteran Oommen Chandy; Ward 14 at Thriperunthura in Alappuzha, turf of leader of the Opposition Ramesh Chennithala; and Ward 11 at Azhiyur village panchayat in Kozhikode, home to Congress president Mullapally Ramachandran.

The NDA’s massive campaign brought it 23 village panchayats (up from 13) and 2 municipalities (up from 1).

Chief minister Pinarayi Vijayan said the victory reflected the people’s approval of the state government’s responses to natural disasters like floods, landslides, the Nipah outbreak and the Covid-19 pandemic.

He hailed the “people’s response to the Opposition campaign to destroy the state and its welfare projects”.

“The Opposition, including the Right wing, and the central investigating agencies had come together with that specific aim,” Vijayan told a news conference.

Among the controversies the UDF and NDA campaigns had flagged was a gold-smuggling case in which a senior CMO official was arrested, a bribery scandal involving a housing scheme for the flood-hit, and the arrest of the son of the then CPM state secretary in a money-laundering case linked to a drug bust in Bangalore.

While the Left government had won widespread praise for its initial handling of the Covid-19 outbreak, a spurt in cases after the Onam festival had allowed the Opposition to accuse it of lowering its guard.

Vijayan cited the “coming together of UDF and communal forces” as one reason for the Congress-led alliance’s defeat.

The UDF had an electoral understanding with the Welfare Party of India, political arm of the Jamaat-e-Islami. The Left had also accused its rival coalition of aligning with the BJP to target the government.

Ramachandran, the state Congress president, put up a brave face and lauded the party’s “good show” in some places.

Chennithala claimed the party’s “foundation” was intact and played down the importance of local body polls.

“The LDF has won all but one (2010) local body elections, but we have gone on to win the Assembly polls in the past,” he said.

The BJP retained the Palakkad municipality, where it always wielded influence, and wrested the Pandalam municipality from the LDF.

Pandalam was the launch pad of the BJP’s 2018 agitation against the state government decision to implement a Supreme Court verdict that lifted an age bar on women at the Sabarimala temple. The BJP won from 18 of Pandalam’s 33 wards, up from 7 wards in 2015.

But the Thiruvananthapuram defeat seemed to rankle with state BJP chief Surendran, who blamed “the unholy alliance” between the UDF and the Left.