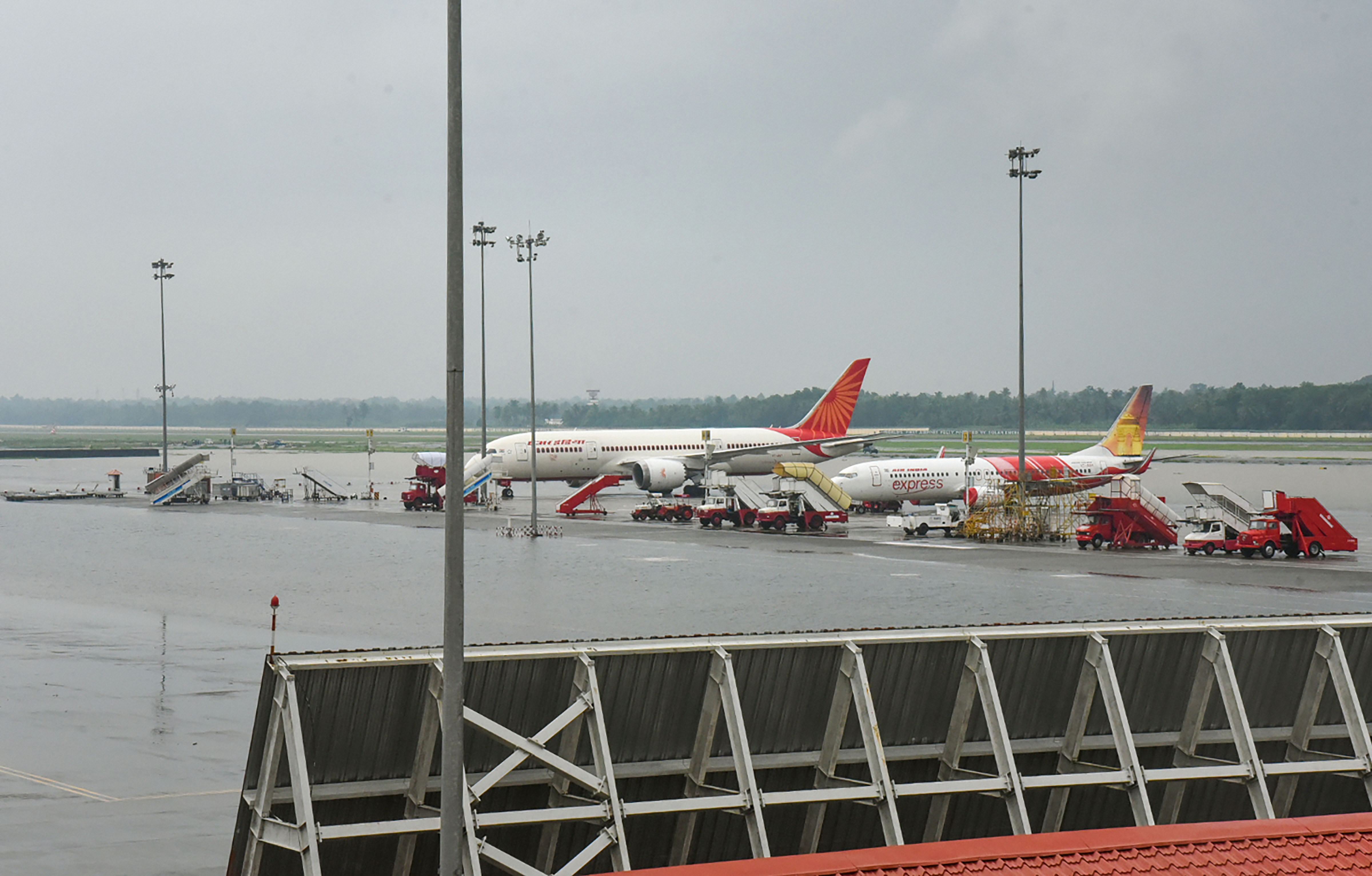 The Kochi International airport on Friday suspended all operations till Sunday as the runway area in the airport is water logged due to floods, the airport authorities said.

On Thursday night, the Cochin International Airport Ltd had announced suspension of flight operations till 9 am on Friday as a precaution in view of heavy rains. Flights coming to the airport were diverted.

The operations were suspended as there was a rise in water level in the Periyar and a canal adjacent to the airport.

The heavy rains have been battering Kerala for the last few days have brought back memories of the floods in August last year. The Kochi airport could not open for a fortnight in August 2018.

Wayanad MP Rahul Gandhi has requested for relief in his constituency that has seen a landslide.

In Wayanad, which is among the worst affected, 9,951 people have taken shelter in 105 camps, while in Malappuram, 4,106 people have been shifted to 26 camps.

Several persons are suspected to be missing in the landslip reported from Meppadi in Wayanad district Friday, where, a temple, a mosque and a couple of houses and a few vehicles have come under the debris.

Biju, an eyewitness, said a canteen and residents of plantation workers was also destroyed in the landslide. Many people ran away from the canteen and were rescued.

Nine injured people have been shifted to a hospital.

As the approach road to the mishap site is completely destroyed, local people had to walk at least 6 km to bring the injured to hospital, Biju told a television channel.

There is no power in the area over the past three three days and no communication is possible, he said.

There was no let-up on the rain in Kerala as four members of a family were killed at Edavanna in Malappuram district when their house collapsed on Friday, taking the rain-related death toll in the state to 12. Over 22,000 people have been moved to relief camps.

High waves in the range of 3.2-3.7 metres are forecast till 11.30 pm of Saturday from Pozhiyoor to Kasargod. Officials have advised fishermen not to venture into these areas during the period.

Train services on the Mararikulam-Alapuzha route was suspended this morning for a few hours as a tree fell on the track, damaging electric lines. At least 4 trains -- Maveli Express, Rajdhani, Dhanbad express and Guruvayur -- were held up at various points, railway sources said.

Revenue minister E. Chandrasekharan told reporters that four squads of defence personnel from Bhopal and two from the Niligiris were reaching the state to help in rescue operations.

Chief minister Pinarayi Vijayan, who had held a held a meeting with government and state Disaster Management Authority officials on Thursday night, said a 'serious situation' is prevailing in parts of the state, especially Wayanad.

Educational institutions and professional colleges in all districts in the state will remain closed Saturday.

Examinations of the Kerala Public Service Commission and various Universities across the state, scheduled for Saturday have been postponed, officials said.

The flood situation in my parliamentary constituency, #Wayanad is grim. I’m monitoring the situation closely & have spoken to the Kerala CM and key Govt officials to expedite relief.

I will be reaching out to PM Modi as well to brief him & request Central Govt. assistance. pic.twitter.com/HWN8LXgE4h