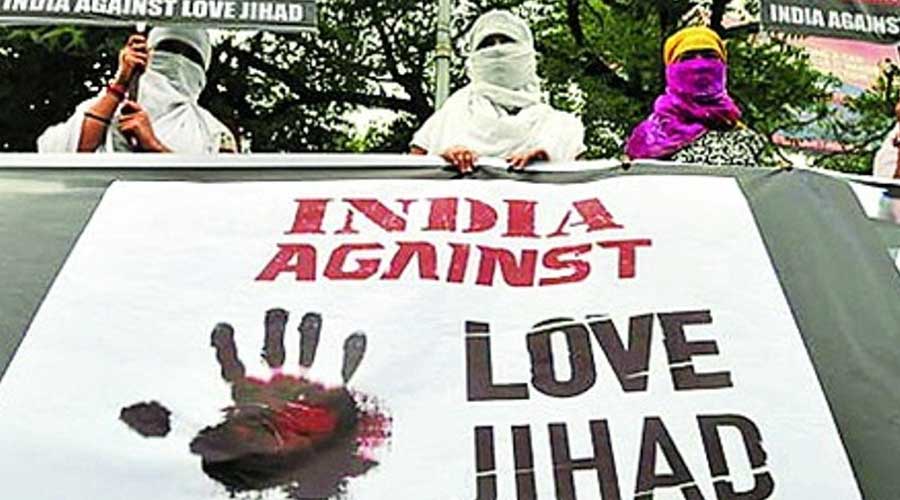 The Kerala government on Friday sent a minister to meet a Catholic bishop whose allegations about “love jihad” and “narcotic jihad” have sparked outrage, while back-channel efforts at damage control have begun within the Christian community with some clergymen and reformers taking the initiative.

“We did not discuss this issue. Instead, we spoke about social issues and I told him about the stand taken by our government,” Vasavan said without explaining what these “social issues” were.

Pressed, he said: “The chief minister has already spoken about the government’s stand on this (the bishop’s controversial remarks). So, neither the government nor the Church has anything to say about it now.”

Kallarangatt had on September 8 alleged that Muslim extremists were luring Christian women into conversion and radicalism and Christian men into drug addiction.

“Only religious extremists are discussing this issue. But the government is not ready to compromise with extremists from any religion, whether majority or minority,” Vasavan said.

A source connected to a church told The Telegraph that a backroom initiative to control damage had begun under the leadership of Bishop Geevarghese Mor Coorilos of the Niranam Diocese of the Jacobite Syrian Church, who has already spoken out against Kallarangatt’s allegations.

“As far as I know, this peace initiative is proceeding with the full knowledge of the state government, which prefers back-channel interventions because of the sensitivity of the issue,” the source, who declined to be named, said.

Several Christian reformists have been doing their bit. “I have spoken to some bishops who were reluctant to do anything openly although they too felt this issue should not get out of hand,” the president of the Joint Christian Council, Felix Pulludan, told this newspaper.

The Catholic Church is yet to come forward to address the volatile situation fuelled by Kallarangatt’s allegations.

“Those who support the bishop are eyeing temporary gains by associating with the BJP. They don’t see the long-term damage this can cause to Kerala’s society,” Pulludan said.

The Left government’s initiative of sending Vasavan to the bishop comes at a time the CPM has cautioned its cadres about minority extremism stemming from insecurity created by the Sangh parivar.

While the state government has been cautious in handling the sensitive issue involving two minority communities, the Congress-led United Democratic Front has castigated the Pala bishop saying his remarks are posing a threat to communal amity.

State Congress president K. Sudhakaran called on Kallarangatt on Thursday after he and the leader of the Opposition, V.D. Satheesan, met Archbishop Mar Joseph Perunthottam of the Changanassery Diocese who had supported the Pala bishop’s controversial claims.

The BJP is the lone party to have openly backed Kallarangatt. It has organised solidarity marches in support of his allegations, and several of its leaders have visited Kallarangatt.