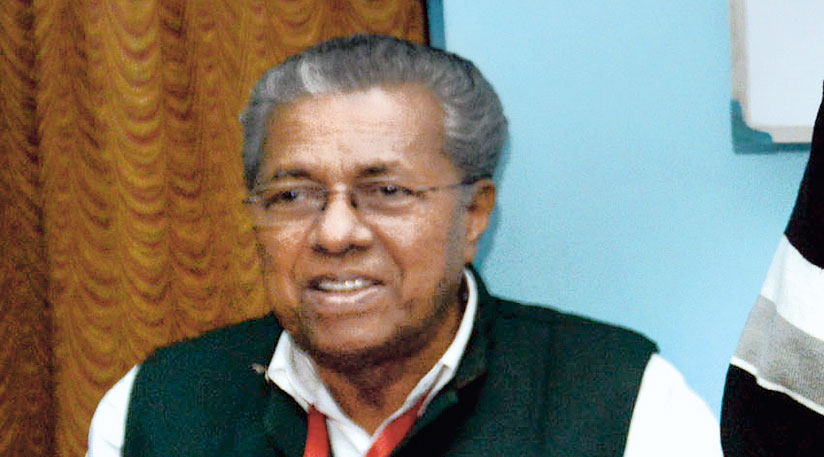 Kerala chief minister Pinarayi Vijayan has written to Prime Minister Narendra Modi urging him to advise the finance ministry not to transfer the burden of GST on the states and instead follow the compensation clause in letter and spirit.

“It is felt that transferring the obligation of GST compensation to the states through their borrowing is not in accordance with the spirit of understanding reached between the Centre and states during the discussions preceding the constitutional amendment for bringing in GST,” Vijayan stated in a letter addressed to the Prime Minister.

While the letter was dated August 31, Vijayan released it on Twitter on Wednesday.

He said the two borrowing options conveyed to the states on August 30 should be withdrawn.

The Centre had asked the states to either borrow from the markets or from the special RBI window to meet the shortfall. Kerala was one of the states that immediately dismissed the borrowing options since the Centre refused to pay the GST dues.

Vijayan drew Modi’s attention on the assurances to the states when GST was formulated. “When GST was implemented with effect from July 1, 2017, it was agreed upon that the states would be assured of an annual compounded growth rate of 14 per cent in GST revenue with 201516 as the base year during the initial five years of  implementation.”

He noted that this was incorporated in the Goods and Services (Compensation to States) Act, 2017, and its Section 7 stated that “compensation shall be payable to the states and it shall be provisionally calculated and released at the end of every two month period”.

Vijayan noted that that the provision was not adhered to since 201920. “From April 1, 2020, no compensation has been released to the states. The amount due to Kerala during the period April to August of financial year 2020-21 is Rs 7,000 crore.”

The chief minister said the finance ministry had informed the GST Council that, “part of the loss was unprecedented as a result of Covid19”.

“It may kindly be taken note of that the revenue loss and expenditure pressures have been much greater to the states and this artificial distinction that is being sought to be drawn would exacerbate the already severe financial stress on state,” Vijayan said.

“It is worth recalling that the compensation promised and statutory backing given to the same was an important factor which prompted the states to accept uniform rates for supply of goods and services despite the rate fall inbuilt in the structure of GST,” he added.