The Kerala government memorandum comprises details about the loss of human lives, properties, infrastructure and crops 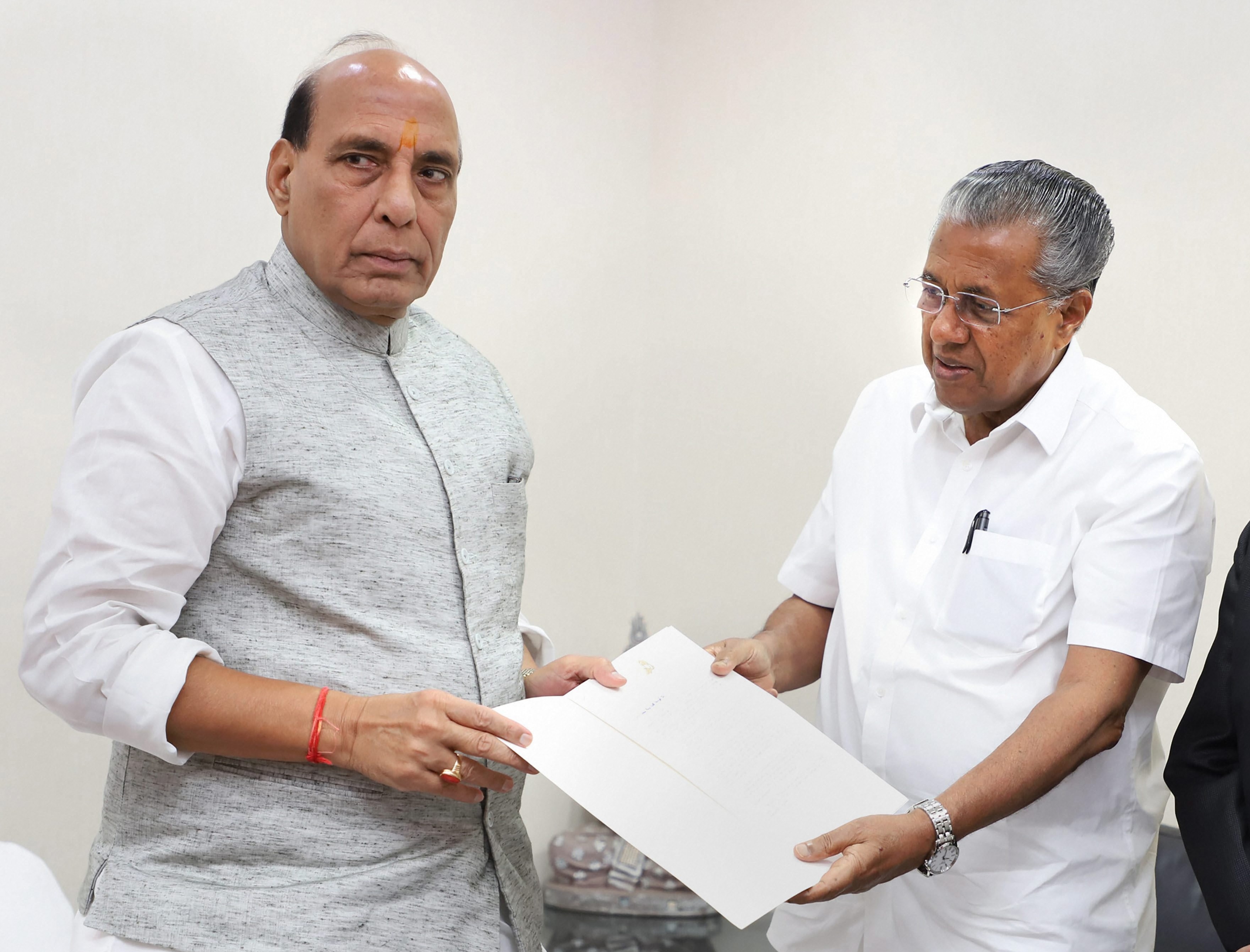 Vijayan also briefed Singh about the prevailing situation in Kerala and the steps taken by his government to bring back normality in the state.

Last week, an inter-ministerial team, headed by a special secretary of the home ministry, visited Kerala for five days to assess the damage caused by the floods, considered to be the worst in the last century.

The team visited Kerala after the state government had sent a detailed memorandum seeking Rs 4,700 crore as compensation.

At least 488 people have died in Kerala as the deluge devastated 14 districts in the state.

The Kerala government memorandum comprises details about the loss of human lives, properties, infrastructure and crops, another official said.

In case of any natural calamity beyond the coping capacity of a state, the state government submits a detailed memorandum indicating sector-wise details of damage and requirement of funds for relief operations of immediate nature, which the Kerala government had done.

According to the existing guidelines, the Inter-Ministerial Central Team (IMCT) visits the state for on-the-spot assessment of damage and additional requirement of funds.

The IMCT report is considered by the Sub-Committee of National Executive Committee (SC-NEC) headed by the Union home secretary in conformity with the norms and then by a high-level committee, chaired by the home minister for approving the quantum of additional assistance from the National Disaster Relief Fund.

On August 21, the central government had released Rs 600 crore for Kerala, as promised by Prime Minister Narendra Modi (Rs 500 crore) and the home minister (Rs 100 crore) during their visits to the state.

This was in addition to Rs 562.45 crore already made available through the State Disaster Relief Fund.