Advertisement
Home / India / In the shadow of Sabarimala

In the shadow of Sabarimala 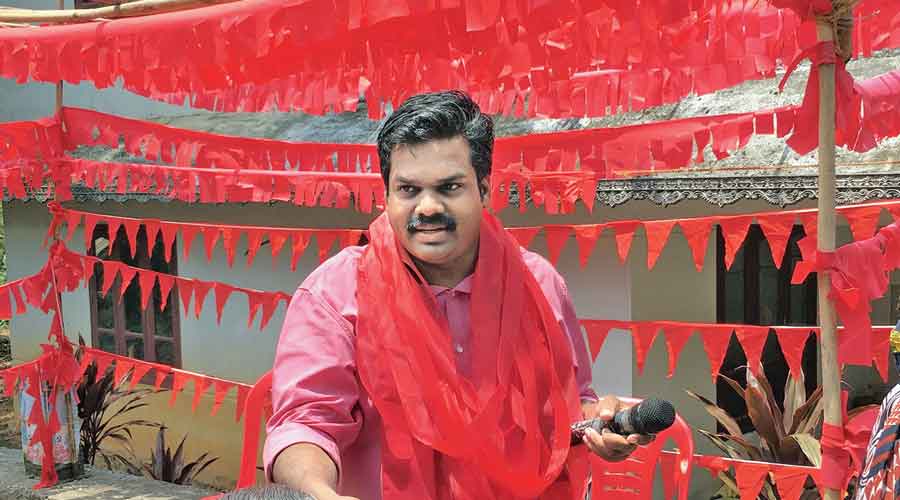 Konni, a quiet little town tucked away in the eastern hill region of Kerala, has been catapulted as the centrepiece of the Sabarimala puzzle rankling the ruling Left Democratic Front.

The five Assembly constituencies in Pathanamthitta district being a significant catchment area for the Opposition Congress and BJP that are leveraging on the Sabarimala women’s entry issue, the LDF that holds all the seats is engaged in a pitched battle to retain these pocket boroughs.

With BJP state president K. Surendran once again entering the fray from Konni, where a part of the Sabarimala hill shrine is located, it is a contest that the sleepy town and its electorate had seldom expected.

While the BJP leader is also contesting from Manjeshwar in Kasaragod in north Kerala where he lost by 89 votes in the 2016 Assembly polls, he is apparently trying to make a statement in Konni by capitalising yet again on the Sabarimala issue after finishing third in the 2019 bypoll in the constituency.

Konni went to the LDF with the CPM winning the October 2019 bypoll necessitated by the resignation of Congress lawmaker Adoor Prakash who had held the seat for 23 years before getting elected to the Lok Sabha that year.

Sixteen months after turning the tables on the Congress, K.U. Jenish Kumar of the CPM is trying to retain Konni. But it’s the entry of Surendran that has added to the buzz rarely seen in Konni.

Sabarimala has become one of the key electoral issues in Konni where a significant chunk of voters are Hindus, many of whom support the tradition of not allowing women of child-bearing age into the hill shrine just about 70km from the centre of the town. 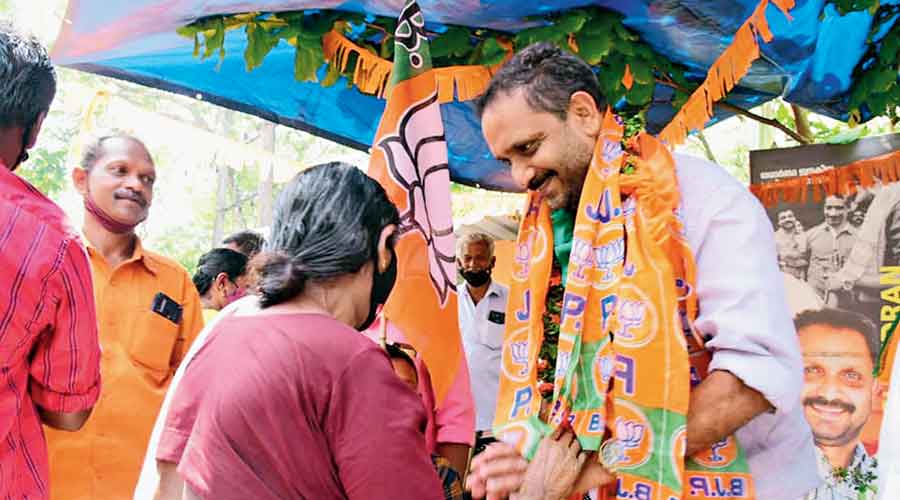 In a September 2018 verdict, the Supreme Court had lifted all age barriers for women’s entry into the Sabarimala temple. While both the Congress and the BJP had initially welcomed the verdict, the two parties quickly changed their stand and launched a massive agitation for the upkeep of the tradition.

Saraswathi, who works in a textile shop at Konni, is certain the temple issue is hot once again. “We cannot forget how the communists had tried to push young women activists into our temple,” said the woman in her thirties who is ready to wait until she turns 50 to visit the hill shrine.

But there are those like small-scale farmer Anil and his wife, Ambili, who wouldn’t think twice before voting for the LDF. “Sabarimala is not that big an issue. I am more

worried about running my kitchen,” Ambili said, alluding to the rising price of cooking gas.

As of now the LDF continues to hold the edge in the other four Assembly constituencies of the Pathanamthitta Lok Sabha seat — Thiruvalla, Ranni, Aranmula and Adoor.

Determined to recapture its longtime bastion, the Congress has fielded local favourite and Pathanamthitta district panchayat member Robin Peter from Konni. “The people will never forget how the LDF government got police to escort activists to the temple, violating the core of the tradition,” Peter told The Telegraph .

The Congress has already brought out a “draft bill” to preserve Sabarimala traditions. “I will go by my party’s promises to the people,” Peter said.

Kerala BJP secretary P. Raghunath, who is among those supervising the party’s campaign, told this newspaper: “We are sure of winning this time with the support of the people who want a legal framework for protecting religious traditions at Sabarimala and other temples.”