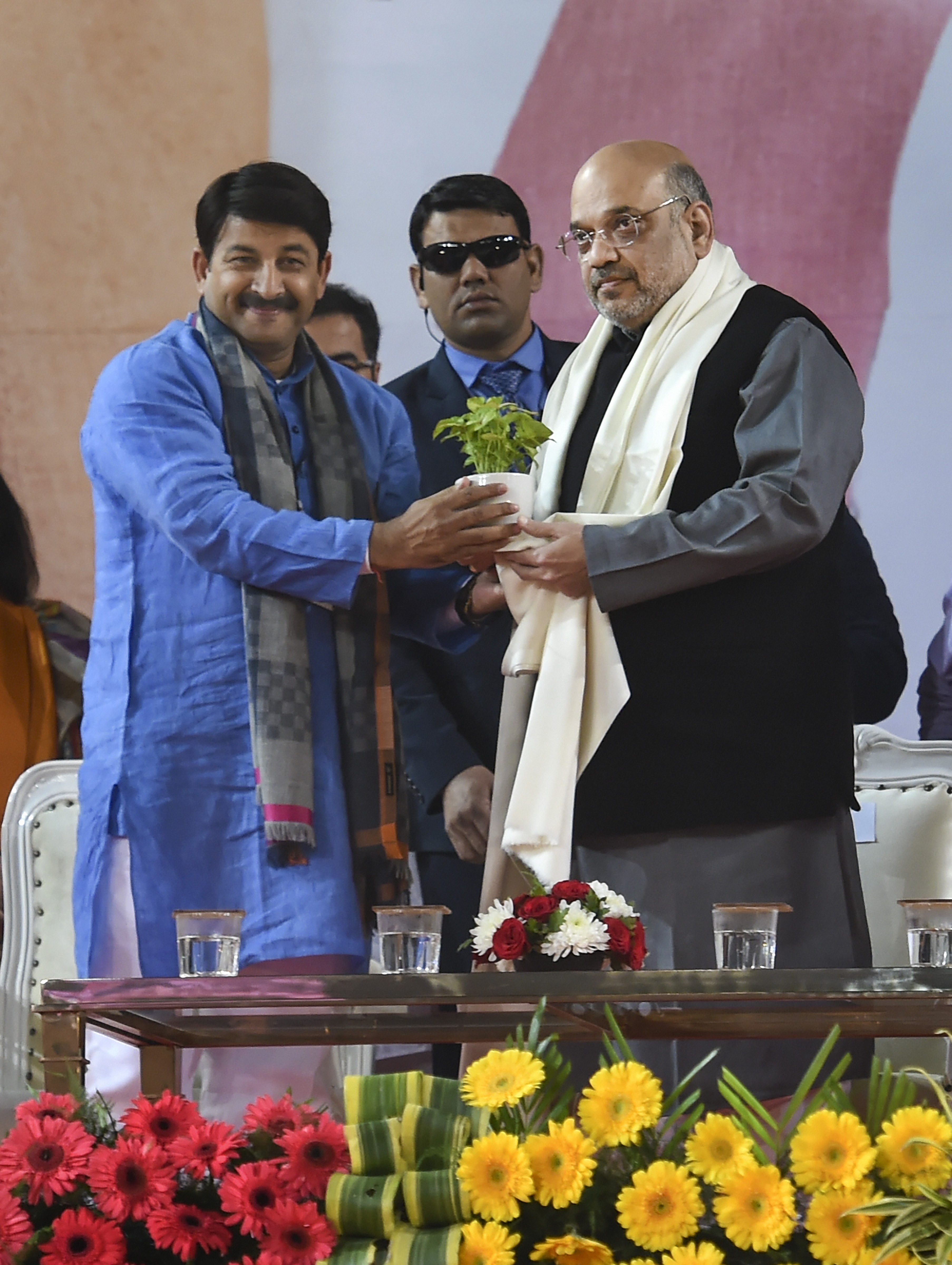 BJP chief Amit Shah has accused Delhi chief minister Arvind Kejriwal of 'wasting' public money on advertisements and misleading people, and sought to know if the AAP government has completed any work in the last five years.

Addressing party workers in New Delhi on Sundah, Shah alleged that Kejriwal was 'wasting' public money on advertisements and said somebody can mislead people once but not all the time.

He alleged that Kejriwal came to power in Delhi fives years back by misleading people with a host of promises.

He exuded confidence that the BJP will come to power in Delhi under the leadership of Prime Minister Narendra Modi. The BJP has been out of power in Delhi since 1998.

Asking whether the AAP government has completed any work during its tenure, the BJP president listed the works done by the Centre for Delhi in the last five years.

He also accused Kejriwal of 'favouring the tukde tukde' gang by not giving sanction to prosecute Kanhaiya Kumar, the former president of the Jawaharlal Nehru University Students Union (JNUSU), in the JNU sedition case.

Urging party workers to undertake door-to-door campaign to take the BJP's message to the people, Shah said he will himself take part in 'mohalla sabha' campaign in the national capital.

Delhi will go to polls in the coming weeks.