Siddaramaiah underlined that the current bill allowed prosecution for converting minors, women, mentally challenged people and members of the SC and ST 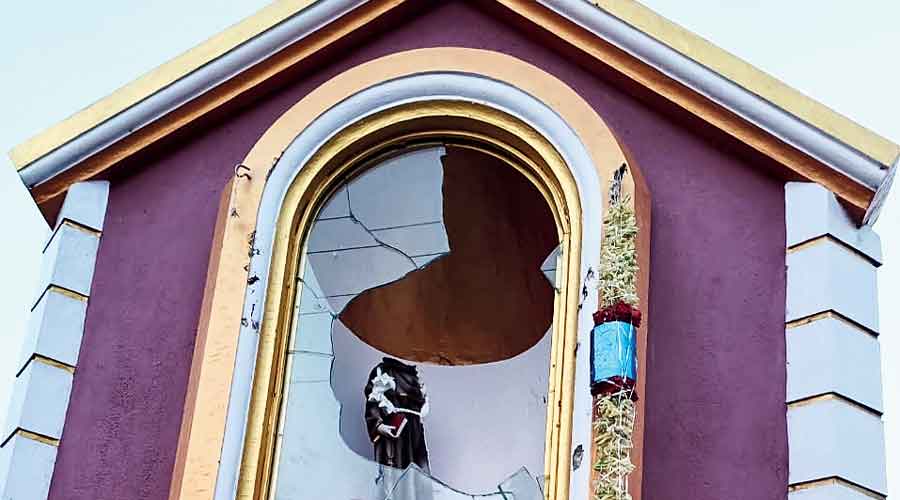 Karnataka’s ruling BJP on Thursday passed by voice vote a controversial bill against “fraudulent” conversions amid Opposition protests and demands for further discussion, following a script witnessed repeatedly in Parliament.

Most of the Opposition members were in the Well, saying the Karnataka Protection of Right to Freedom of Religion Bill, 2021, was unconstitutional and reflected an RSS agenda to target the Christian community.

The bill proposes jail terms of up to 10 years for “fraudulent” conversions and says inter-faith marriages should be annulled if they involve conversion for the sole purpose of the alliance.

The bill had been tabled on Tuesday and the Assembly had on Wednesday deferred discussions by a day for want of time. But with many from the Opposition benches waiting their turn to speak on Thursday, the bill was put to vote.

Now the bill has to pass in the Legislative Council, where the government is in a minority. The bill is, however, expected to be put to vote in the Upper House during the budget session, when the BJP’s position is expected to improve with 25 new members — already elected — replacing 25 who will be retiring.

Even then, the government will have to bank on the lone Independent, Lakhan Jarkiholi, whose brothers Ramesh and Balachandra are BJP lawmakers.

The Assembly witnessed heated arguments from the moment the bill was taken up for discussion on Thursday morning when the House convened at 10am, an hour earlier than usual.

But law minister J.C. Madhuswamy produced some files and argued that the erstwhile Congress government helmed by Siddaramaiah had given the nod for an anti-conversion bill in 2016.

When Siddaramaiah denied this, the Speaker adjourned the House for 10 minutes and called him and Madhuswamy over to examine the old records.

Siddaramaiah then returned to the House and revealed that the law commission had made such a recommendation to his government, which did not proceed with it.

“We had no intention of bringing it before the legislature party, let alone the cabinet. The law commission recommended it and sent it to the social welfare department, which forwarded it to me. But it stopped there,” he said.

“There is a world of difference between the draft recommended by the law commission then and what we have now. You (the BJP) have included marriage in the bill and placed the burden of proof on the accused and not the prosecution.”

Siddaramaiah underlined that the current bill allowed prosecution for converting minors, women, mentally challenged people and members of the Scheduled Castes and Scheduled Tribes. He urged the government to appoint a commission to find out the real reason why people were converting, if they were indeed doing so.

Chief minister Basavaraj Bommai said vulnerable sections needed special protection. “They are being exploited. Should we sit and watch this?”

Once converted, a person will lose all caste-based benefits such as reservation.