The CPM leader gave his talk standing outside a gate 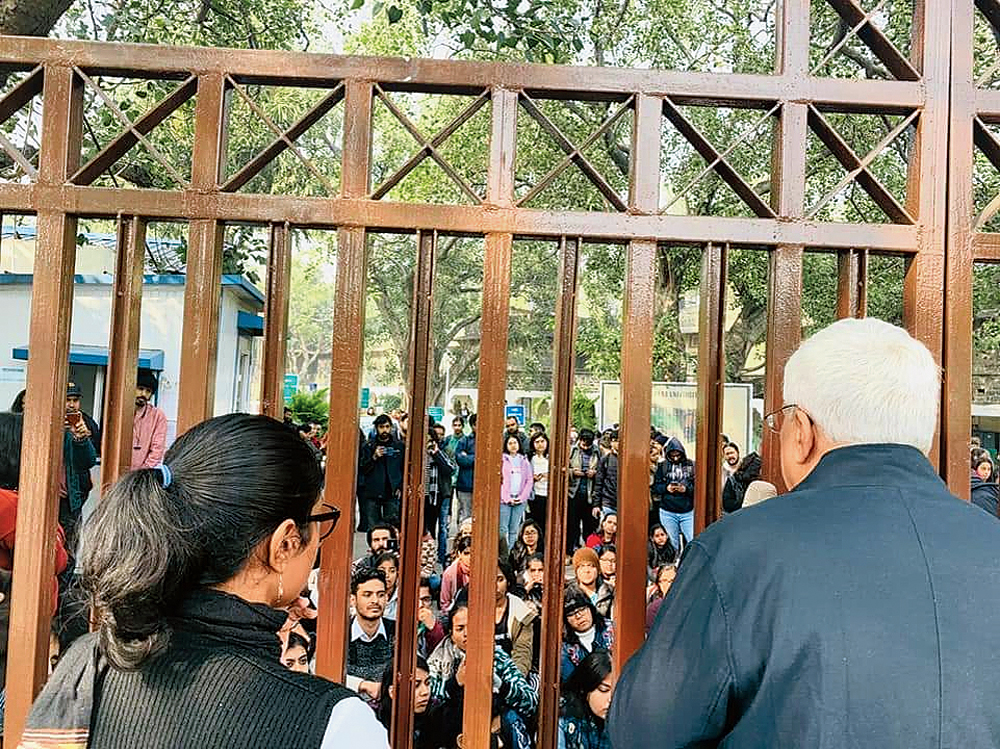 Denied entry into Ambedkar University here for a panel discussion on the CAA, CPM leader Prakash Karat told the gathering from outside a gate, “This is like our gate meetings with workers in factories,” and went on to give his talk standing there.

The public relations officer of the university that is funded by the Delhi government, Anshu Singh, cited the model code of conduct in force for the Delhi Assembly elections and said: “The university advised the students to seek permission from district election officer (central) to organise the event wherein political figures were invited.”

Karat told The Telegraph: “It is ridiculous to say that this was to do with the election. The model code deals with election campaigns and parties. This was an academic discussion on a subject that had no connection with the Delhi elections... It was clearly a ploy to prevent discussion on CAA and NRC.”

The CPM is contesting three out of 70 seats in Delhi. Chandni Chowk, where the campus is located, is not one of them.

Journalist Arfa Khanum Sherwani and faculty member Priyanka Jha, who were also part of the discussion, later spoke at the event on the campus.