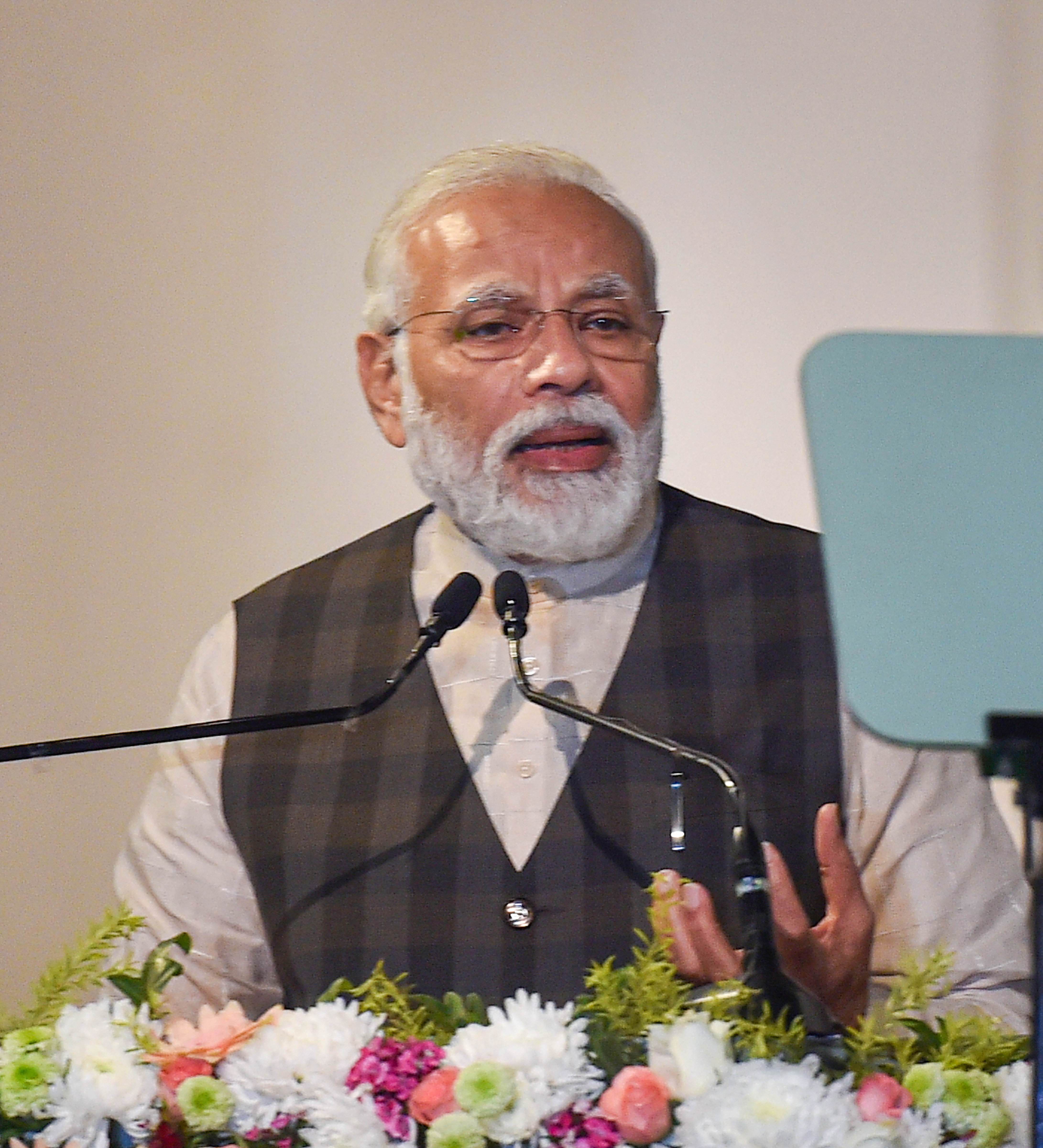 The execution of four men convicted of gang-raping and murdering a young Delhi woman on Friday evoked reactions across the spectrum with Prime Minister Narendra Modi saying justice has prevailed and his senior cabinet colleagues and women groups welcoming the hanging.

While there was an overwhelming section of people who hailed the hanging, Amnesty International India said the death penalty is never the solution towards ending violence against women, calling the execution a 'dark stain' on India's human rights record.

'Justice has prevailed. It is of utmost importance to ensure dignity and safety of women,' he said in a tweet, though there was no direct mention of the Nirbhaya case.

'Our Nari Shakti has excelled in every field. Together, we have to build a nation where the focus is on women empowerment, where there is emphasis on equality and opportunity,' the PM said.

Women and Child Development Minister Smriti Irani said the hanging will send out a strong message to criminals that they cannot escape the law.

'I have seen Nirbhaya's mother's struggle over the years, though it took time to get justice but it has been done finally. It is also a message to people that you can run away from law but cannot finally avoid it. I'm happy that justice has been done.

'I greet this day with aplomb that justice has finally been done to Nirbhaya. The hanging is a message for every criminal that one day law will catch up with you,' she told reporters.

Reacting to the execution, Delhi Chief Minister Arvind Kejriwal said it is a day to take a resolution to not allow another similar incident happen.

Taking to Twitter, Kejriwal also called for a collective resolution by police, courts, states and the central government to remove loopholes in the system 'to let this not happen' to any daughter again.

'After seven years, Nirbhaya case convicts were hanged today. It's a day to take a resolution that we will not allow another Nirbhaya case. Police, courts, state governments and the Centre should resolve to collectively remove loopholes in the system to let this not happen to any daughter,' he tweeted in Hindi.

Expressing satisfaction that 'a daughter, who underwent so much pain, has got justice', Union Law Minister Ravi Shankar Prasad said it was time for introspection by judiciary, the government and ensure that capital punishment convicts not be allowed to manipulate system to delay for 7 years.

Union minister Nitin Gadkari said Nirbhaya has got Justice. 'Let us always remember that anyone who outrages the dignity of women will not be forgiven. Let us create new India where every woman is respected and given equal opportunity,' he tweeted.

National Commission for Women (NCW) chief Rekha Sharma said Nirbhaya can finally rest in peace as she finally got justice, and hoped that the hanging of the four gang rape and murder case convicts will act as a deterrent for others.

Sharma said the case has revealed loopholes in the legal system which the four convicts took advantage of.

'Hopefully Nirbhaya finally will rest at peace as she got justice. Her parent's finally won undeterred fight for justice for their daughter after long legal battle.The four men are finally convicted and hanged this morning of the savage crime caused upon a young medical student,' Sharma said in a tweet.

Delhi Commission for Women chief Swati Maliwal termed the execution as a victory of the country.

'This is the victory of whole country. We have to now create a strong system,' she said in a tweet.

However, Amnesty International India said that the death penalty is never the solution towards ending violence against women, calling the execution a 'dark stain' on India's human rights record.

BJP leader Jyotiraditya Scindia said at last, justice prevailed for Nirbhaya. 'A moment to introspect for the nation. Also sends out a stern message - crimes of violence against women are not just unacceptable, but will also be dealt with to fullest extent of the law!, he tweeted.