JNU students baton-charged by police during march to Rashtrapati Bhavan 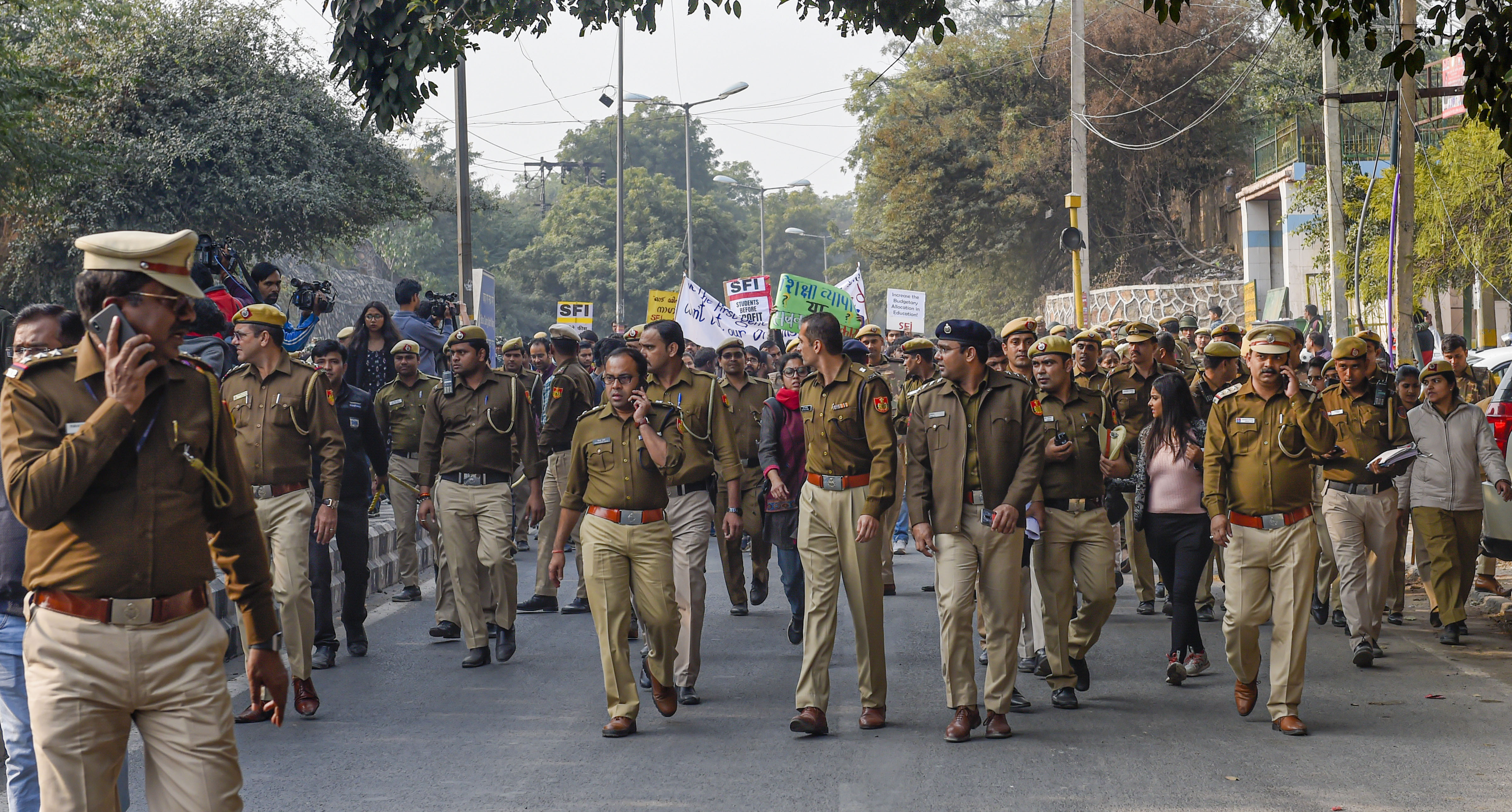 Jawaharlal Nehru University (JNU) students, who were marching towards Rashtrapati Bhavan, were stopped by police and baton-charged near the Bhikaji Cama Place metro station in New Delhi on Monday.

Heavy deployment of police was in place ahead of the students' march against the hostel fee hike.

When the students reached the cordoned off area, they tried to jump across the barricades and were lathi-charged by police.

The students circulated photos, claiming police have closed all gates of the university before beginning the march. As they began, they shouted slogans like 'Delhi Police go back' and 'Education must be free for all'.

The students have been protesting for over a month against the hike in hostel fee.

In an earlier protest march on November 18, the police had resorted to baton-charging as students made their way towards Parliament. The police, however, denied the allegations.

Hundreds of police personnel had stopped the students on the Baba Ganganath Marg, around 600 metres from the main gate of the university in south Delhi. Some of the students were forcefully stopped from moving ahead.

Recently, The varsity's teachers’ association  said that the JNU administration would be reducing their exams to a farce, considering the conditions on the campus are not conducive.

Surajit Mazumdar, the Jawaharlal Nehru University Teachers' Association, spoke out against the administration for not maintaining the necessary environment in the university and going ahead with conducting the exams, which are set to begin on December 12.

The HRD ministry had set up a three-member committee to look into ways to restore normal functioning in the JNU and mediate between the agitating students and the administration.

The panel submitted its report to the ministry but no call has been taken yet.