The arms were seized on the basis of information provided by a jailed Lashkar-e-Taiba commander, who perished during an encounter at the site where the consignment was found 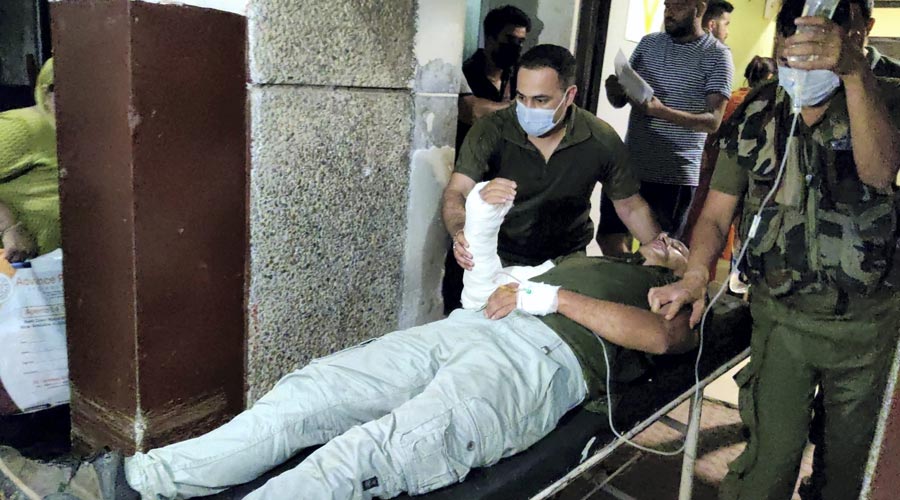 Police here seized an ammunition consignment allegedly meant for terrorists dropped by a drone from Pakistan near the Jammu International Border (IB), officials said on Thursday.

"The arms were seized on the basis of information provided by a jailed Lashkar-e-Taiba (LeT) commander, who perished during an encounter at the site where the consignment was found," they said.

"Mohmmad Ali Hussain alias Qasim alias Jehangir was fatally shot after he snatched the rifle of a policeman and fired at the police team that had taken him to a spot near the IB to discover weapons on Wednesday," ADGP Mukesh Singh said.

"The arms packet was opened by bomb disposal squad and it was found to have contained one AK-rifle, one magazine, 40 rounds, one pistol, two pistol magazines, 10 rounds, and two grenades," he said.

The officer said the recovery operation was carried out by police after the terrorist's name surfaced during investigation in an arms dropping case through drone on February 24 in Arnia sector.

"An accused from Jammu had revealed that a Pakistani prisoner has been instrumental in drone droppings and is the main operative of LeT and Al-Badr terror groups. He was brought before the court from jail and was taken on police remand," the ADGP said.

"A police team along with a magistrate went to the spot and seized the consignment discovered in Toph village, located near the IB in Phallian Mandal area," he said.

He said when the packet was being opened, Hussain attacked one of the police personnel and snatched his service rifle.

"He fired at the police party and tried to flee from the spot," he said.

"The terrorist," he said, "got injured in the police firing and was taken to GMC hospital in Jammu along with the injured police personnel."

"The terrorist succumbed there," he added.