More than 62 % voters exercise their franchise, turnout a tad low than the 2014 Assembly election 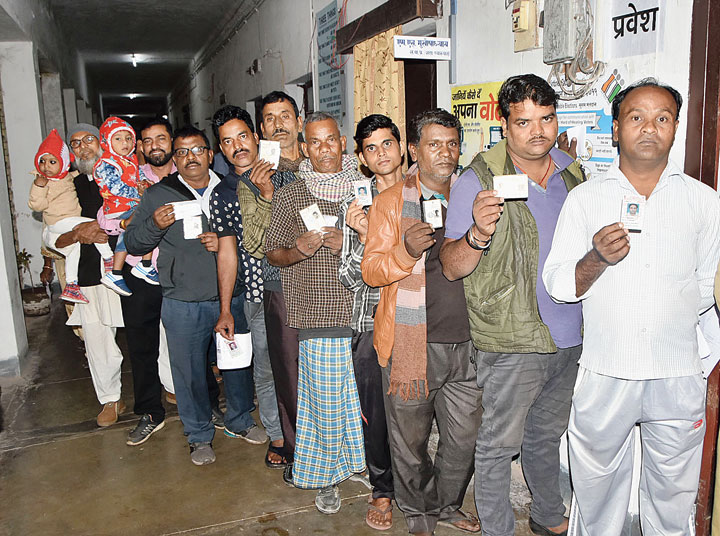 Phase IV of the Assembly election passed without incident in the 15 seats that voted on Monday.

Though 48 ballot units, 50 control units and 121 VVPAT machines were required to be replaced, polling was not disrupted, Choubey informed.

Jharia resident Shailesh Kumar said: “we were apprehensive about violence due to the tough contest between two heavyweight candidates Ragini Singh of the BJP and Purnima Singh of the Congress) but thank god everything passed off peacefully in all booths including in my locality at Hetlibanch.”

Shekhar Sinha, a lawyer who voted in Dhanbad along with his wife Suchitra Singh, said: “We were apprehensive about the bad weather, but eventually it turned out to be a dry day.'