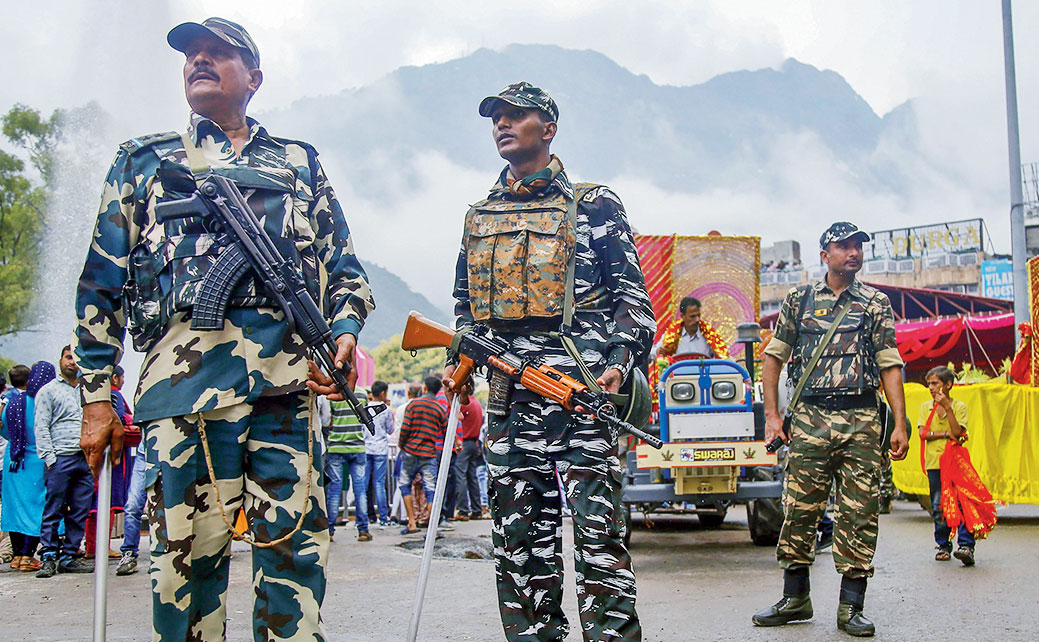 Jammu is beginning to feel the pinch of the Centre’s August 5 decisions, with a land-document-related fallout threatening to hit lawyers’ earnings and prompting a strike by the legal professionals, among the Narendra Modi government’s staunchest supporters.

While Kashmir has remained shut down for months, the indefinite strike that Jammu’s “nationalist” Bar Association began on Saturday can be seen as a first, indirect sign of revolt against the August 5 decisions.

It was Jammu Bar Association president Abhinav Sharma, who is also a BJP spokesman, who sounded the call for the indefinite strike.

He, however, claimed the Bar Association fully backed the Modi government’s decisions to scrap the erstwhile Jammu and Kashmir state’s special status and bifurcate it into two Union Territories.

The strike has been called against former governor Satya Pal Malik’s October 22 order that transferred from the judiciary to the revenue department the power to register land documents in Jammu and Kashmir.

This means the paperwork will now be done by revenue officials rather than the lawyers, hundreds of whom will be left virtually jobless.

Sharma asserted that the strike had nothing to do with the Centre’s revocation of key provisions of Article 370 on August 5, which he said the association fully backed.

“We have taken the issue up with the (high court) chief justice and the chief secretary.”

Revenue secretary Abdul Majid Bhat acknowledged that the central act authorised states to give the power to register land documents to either the revenue department or the judiciary. He said the Jammu and Kashmir administration had followed the practice that exists in the rest of the country.

“What is being done in the whole of India, we have done too,” Bhat said.

Till now, the erstwhile state of Jammu and Kashmir had chosen to stay an exception in the matter, just like it had in many other aspects of governance and law, having its own laws and constitution. One key reason for the scrapping of its special status was to bring its laws and practices in line with the rest of India.

State BJP president Ravinder Raina had written to Malik on October 27 saying the registration powers should continue to be vested with the judicial authorities.

But on October 31, the government issued a fresh order assigning the duties of the registrar (principal district and session judges so far) and sub-registrar (sub judges, munsifs and judicial magistrates so far) to 80 officers of the revenue department.

Sharma said all the courts in Jammu had remained shut on Saturday. “Its (the strike call’s) impact was 100 per cent,” he said.

Jammu-based high court lawyer Shakeel Ahmad, who claims there is widespread anger in Jammu against the August 5 decisions, said the lawyers’ strike was an indirect protest against these moves.

He said Jammu would bear the brunt of these decisions as more and more people from the rest of the country would apply for jobs in the region.