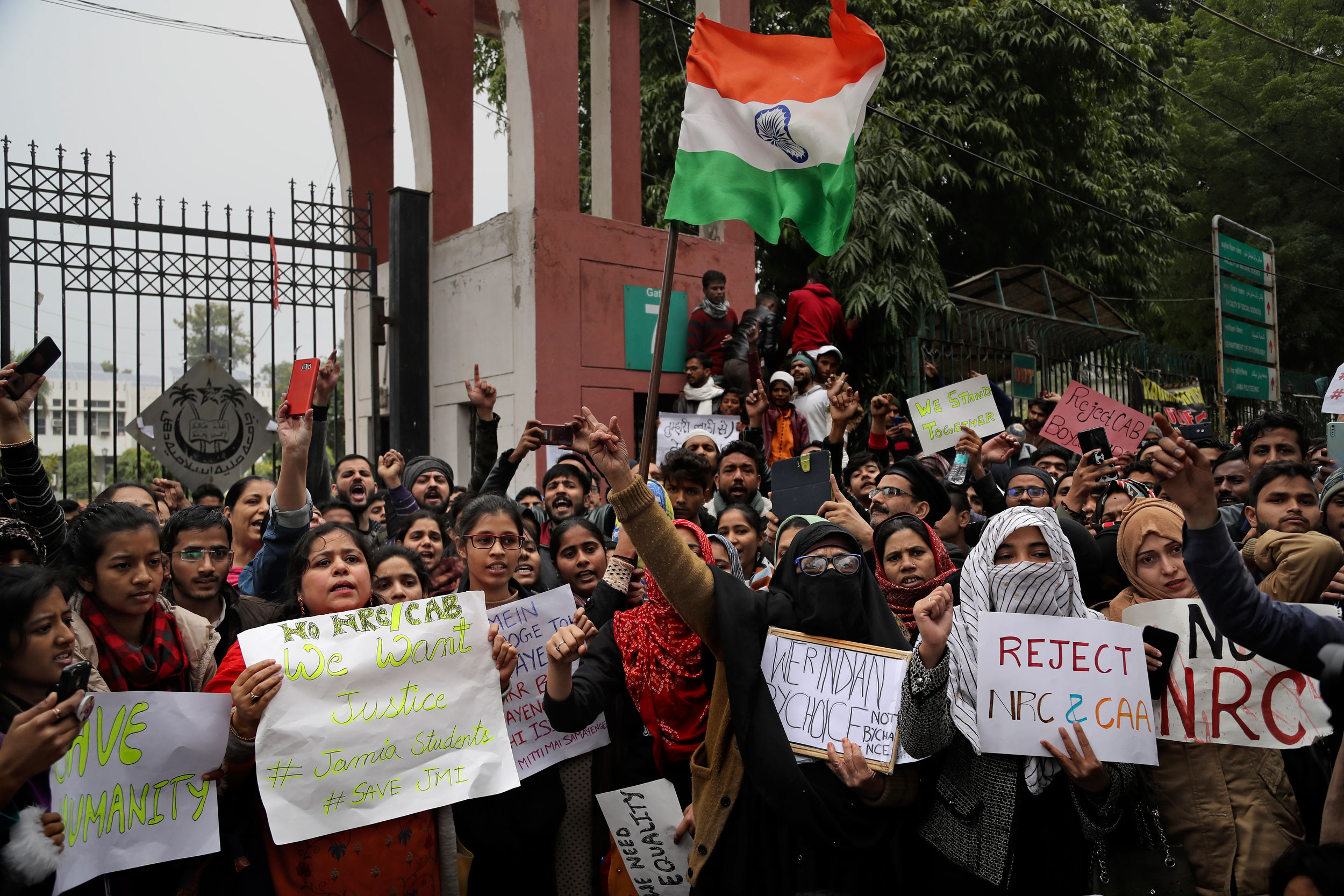 The Union home ministry on Tuesday said no Jamia Millia Islamia student had been involved in Sunday’s street violence, but a day earlier the police had filed an FIR booking three student leaders of the university and others on rioting charges.

A home ministry statement said: “So far the investigation has revealed that no Jamia student was involved in the violence. Ten persons have been arrested and none of them is (a) student. The arrested persons have criminal antecedents.”

Chandan is unit secretary of the CPIML Liberation’s All India Students Association; Asif belongs to the Jamaat-e-Islami Hind’s Students Islamic Organisation; and the Aam Aadmi Party’s Chhatra Yuva Sangharsh Samiti has a leader named Qasim Usmani who had urged the students to join a Gandhi Peace March on Sunday from the campus to Okhla.

Asked why the police had forcibly entered the campus and beaten up the students if they had not been involved in the violence, the ministry official briefing reporters on Tuesday remained silent.

A senior police officer echoed what the force had earlier said and home minister Amit Shah repeated on Tuesday: that “outsiders” had entered the campus and thrown stones at the cops outside, prompting the police raid.

“A preliminary probe suggests that some of the miscreants who were responsible for the violence had entered the campus to take shelter,” the officer told The Telegraph.

The FIR, a copy of which the accused received on Tuesday, was filed by the station house officer of Jamia Nagar, Upender Singh, over the protester-police clashes on Maulana Mohammed Ali Jauhar Marg, which runs through the campus, and the demonstrations at three university gates.

It says that around 3pm on Sunday, the accused led a demonstration that resulted in the torching of two buses and several vehicles at New Friends Colony nearby.

It adds: “They were repeatedly warned that stone-pelting endangers the life and property of students inside and all demonstrators should vacate the campus peacefully. But the riotist demonstrators ignored the police warning and continuously pelted stones on the police, and were hell bent on murderous assault. On the orders of senior officers, minimum force was used to remove the rioters from campus.”

At a news conference on Tuesday, Iqbal, who is injured, said he and others were beaten all the way back to the Jamia campus from the “peaceful demonstration” at New Friends Colony.

Chandan had earlier told this newspaper that he was in the library and was beaten up by the police on Sunday evening. The BJP and the AAP have blamed each other for the violence.