Had he looked to Delhi, he would have had to form (Sajjad) Lone’s govt and would have been seen as a dishonest man, Malik explains 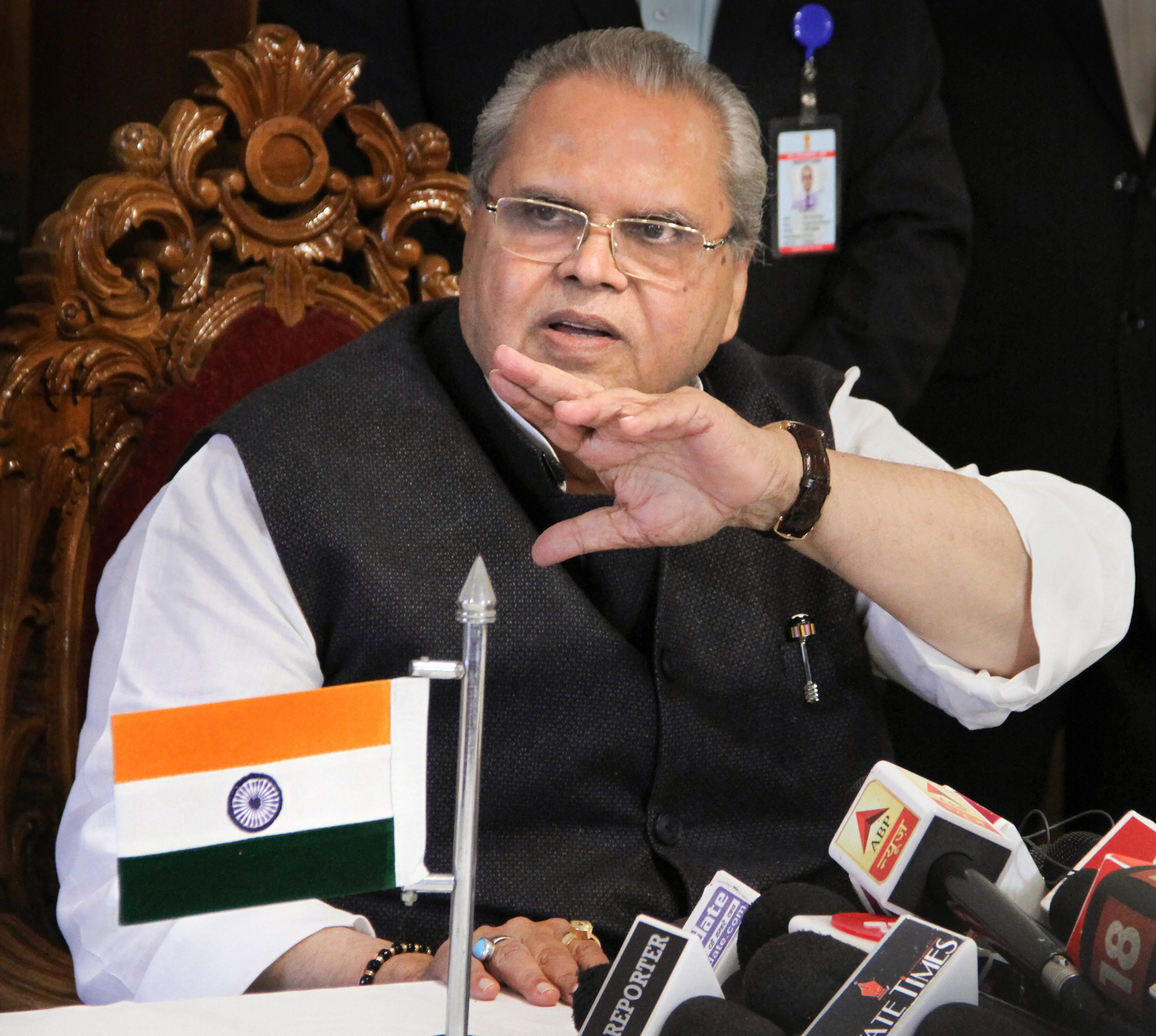 The worst-kept secret in Raj Bhavans has been confirmed by none other than an occupant of the hallowed house.

Jammu and Kashmir governor Satya Pal Malik has been heard saying in a video clip that “had I looked to Delhi, I would have had to form (Sajjad) Lone’s government and I would have gone down in history as a dishonest man”.

Had Lone been invited, it would have meant that the leader of a party with two MLAs and the backing of 26 BJP legislators (adding up to 28) was given preference over the rival, three-party group with the support of 56 in an 87-member House.

In the event, Malik invited neither and hastily dissolved the Assembly. “So I ended the matter altogether. Whoever will abuse will abuse, I am convinced I did the right thing,” he says in the tape, recorded while addressing a gathering in Gwalior on Saturday.

Malik’s disclosure raised the question why he assumed that Delhi would try to persuade him to commit a “dishonest” act. The statement struck a chord in the Valley and elsewhere, especially since New Delhi, whether run by the Congress or the BJP, has been accused of using Raj Bhavans as staging posts to further the agenda of the political party in power at the Centre.

On Saturday, Malik had sought to put the record straight while addressing a gathering at a university in Gwalior.

“…Aur phir ek baar clear kar doon ki Delhi ki tarf dekhta to Lone ki sarkaar mujh ko banana padti aur mein itihaas main ik beimaan aadmi key tor par jata. Lihaza main ne is maamla ko hi khatam kar diya. Jo gali denge, denge, main convinced hoon main ne theek kam kiya (…And once more, I will clarify that had I looked to Delhi, I would have had to form Lone’s government and I would have gone down in history as a dishonest man. So I ended the matter altogether. Whoever will abuse will abuse, I am convinced I did the right thing),” he said.

The governor’s office later clarified his comments. “There was no pressure or any kind of intervention from the Centre in the entire matter,” a statement from the Raj Bhavan said. In the tape, the governor does not say there was pressure from Delhi but suggests that he took pre-emptive action on such an assumption.

Malik told CNN-News18: “What wrong have I done? I have said the truth. I said if the Delhi government was partisan, they would have given me directions to make Sajjad (chief minister) because Sajjad was standing with the support of the BJP. They had the numbers because members from two other parties (the NC and the PDP) were joining them after breaking from their parties, then I would have to make him (CM).”

BJP leader and former deputy chief minister Kavinder Gupta denied there was any pressure on Malik from Delhi to install Lone.

“Both at the Centre and in the state, the BJP had welcomed the governor’s decision to dissolve the Assembly…. This (Malik’s remarks) could be his thinking, not ours,” Gupta told The Telegraph.

“My compliments to Governor Malik for not looking to Delhi & for not taking their instructions thereby stopping the installation of a government of the BJP & it’s proxies formed by horse trading, defections & use of money,” the NC leader tweeted.

In another tweet earlier, he had said he did not know what to make of Malik’s “revelations”.

“We know the BJP & its proxies were desperate to form a government through horse trading & use of money but we’ve also never known a politically appointed governor going against the wishes of the centre,” he said.

“Leaving aside the fax machine fiasco, good to see that governor Sb (sahib) refused to take dictation from Delhi, rather opted for dissolution of assembly. This could be unprecedented, given the story of democracy in the state,” she tweeted.

On November 21, Mehbooba had claimed the governor’s office did not receive her fax informing about her decision to stake claim to form the government.