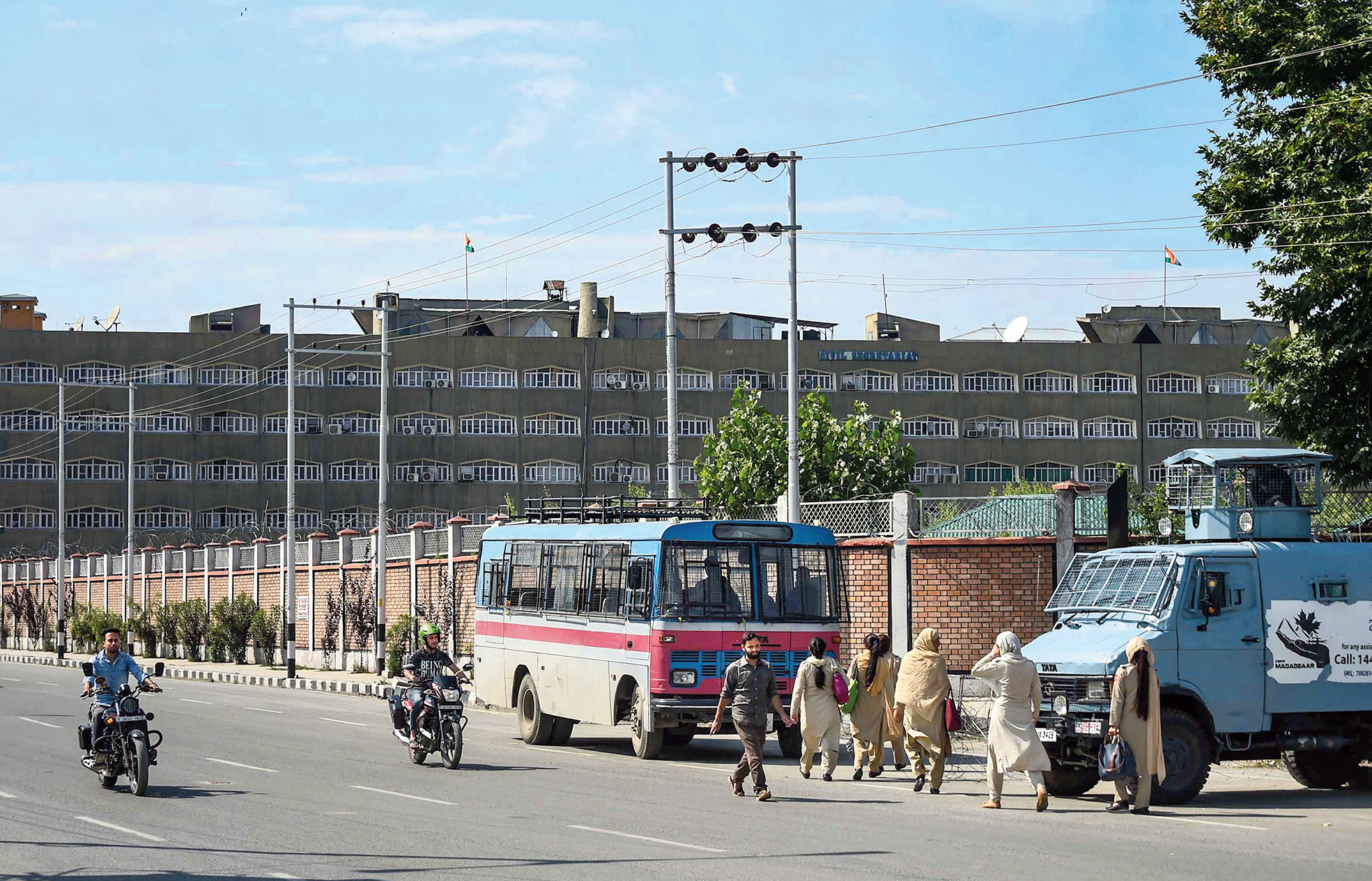 The Jammu and Kashmir government has quietly removed the state flag from the civil secretariat, the seat of governance in the state, the move coming three weeks after the revocation of the state’s special status.

Its separate flag, constitution and penal code were the three symbols of the state’s distinct identity, guaranteed by Article 370, which was amended on August 5. A National Conference politician called its removal “daylight robbery”.

Jammu and Kashmir was the only state in India to have its own flag, adopted in 1952. For more than 60 years, it had fluttered atop the secretariat along with the national flag. But Kashmir woke up on Sunday to find it had disappeared.

Such a move had been expected after the scrapping of the state’s special status but people were speculating that the government would take the flag off in public, with a flourish. The authorities have done it quietly, though, perhaps to avoid rubbing salt into Kashmiris’ wounds.

Apparently, a Sunday was chosen for the flag’s removal since the local staff would not be present at the secretariat.

Officials were not available to say how the flag was removed and whether any order had been passed in the matter.

The security officials guarding the civil secretariat were initially reluctant to talk but later told The Telegraph the flag had been missing since morning.

The security guards would not let the media enter the civil secretariat, insisting the offices were shut because it was a Sunday. But sources said some officials were present inside the complex.

The flag’s removal has triggered fresh anger in the Valley. A National Conference politician, one of the few known faces the authorities have not arrested, said it was another “black day” in Kashmir’s history.

“Our flag was an outcome of negotiations between the state and the Union of India. It’s daylight robbery and a brutal assault on our special status,” he said, requesting anonymity.

“Our state was the only princely state that acceded to India and did not merge with it. India is taking all these decisions while all our leadership is in jail.”

Former chief ministers Omar Abdullah and Mehbooba Mufti are in jail while a third, Farooq Abdullah, is under house arrest.

A man selling fruits outside the civil secretariat complex said he had seen people fuming at the disappearance of the state flag.

“They have destroyed our identity. There won’t be any peace for generations. No Kashmiri will forget what they have done to us,” he said.