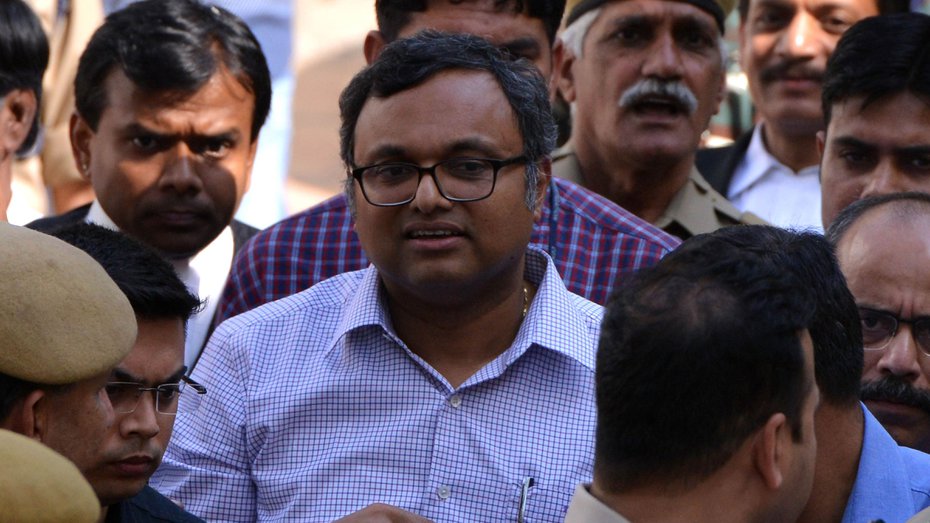 Karti Chidambaram, the Congress MP representing Sivaganga in Tamil Nadu, was summoned for a fresh round of questioning in the case
Prem Singh
PTI   |   New Delhi   |   Published 09.10.19, 11:01 AM

Karti, the Congress MP representing Sivaganga in Tamil Nadu, was summoned for a fresh round of questioning in the case, they added.

He appeared at an Enforcement Directorate (ED) office in New Delhi and when asked by reporters, quipped that he had come to say hello to the investigators on the occasion of Dussehra.

Karti has been questioned multiple times by the agency in the past in connection with the case and his statement recorded under the Prevention of Money Laundering Act.

The Central Bureau of Investigation arrested his father and senior Congress leader P. Chidambaram in the case last month.

It is understood that on Wednesday, Karti was questioned on some fresh leads obtained by the agency from abroad.

Last year, the ED had attached assets worth Rs 54 crore of Karti that were located in India, the UK and Spain in connection with the INX Media case.

Agency sources had earlier alleged that P Chidambaram and Karti were the 'beneficial owners' of several shell firms that were incorporated in India and abroad in connection with an Foreign Investment Promotion Board (FIPB) approval given to the INX Media group during Chidambaram's tenure as the Union finance minister.

The central agency's probe found that the alleged kickbacks so received by the father-son duo were used to meet their 'personal expenses.'

They put the money in over two dozen foreign accounts and purchased multiple immovable assets in countries such as Malaysia, the United Kingdom and Spain among others, according to the ED.