Influential people used to get all kinds of favours in prison, claims former law officer of Tihar Jail 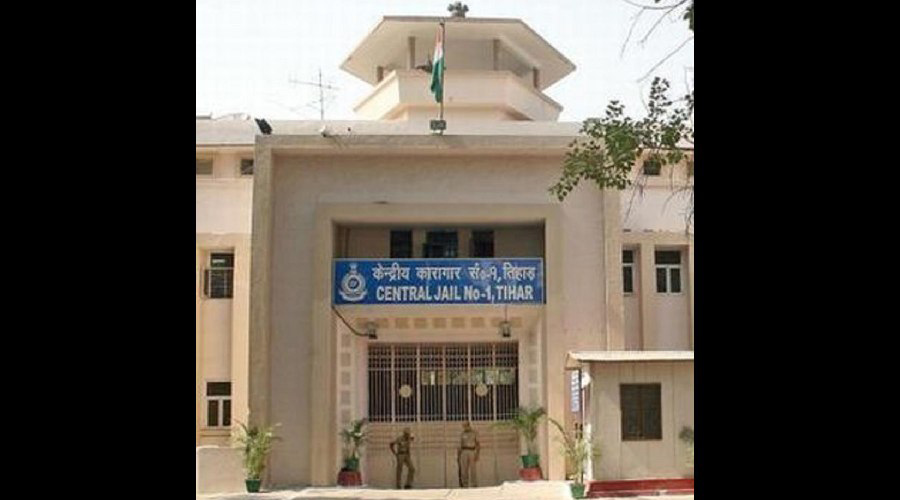 Amid a row over videos purportedly showing Delhi minister Satyendar Jain getting "massages" in his prison cell, a former law officer of Tihar Jail has claimed that such "illegal" practices were "normal" there and he knew of sexual favours being arranged for influential inmates during his tenure.

Speaking to PTI, Sunil Gupta, who served as a law officer and spokesperson in Tihar from 1981 to 2016, claimed the "high and mighty people" used to get all kinds of favours and "special treatment" within the prison premises from officials as well as inmates in the country's largest jail.

Action was also taken in some cases after he reported them, Gupta said without elaborating.

Tihar is in the eye of a storm for alleged VIP treatment to influential prisoners after videos emerged in the public domain on November 19 showing Jain, who has been arrested on money laundering charges, getting massages from some inmates, one of whom was later identified as a POCSO accused.

Various reports have suggested that it is an old video on which action has already been taken by suspending the officials concerned including the then Jail Superintendent Ajit Kumar.

The Aam Aadmi Party (AAP) has alleged that the videos had been leaked by the Enforcement Directorate, which accessed it as part of an ongoing investigation for alleged money laundering against Jain.

Defending Jain, the party has said that he got physiotherapy for a spine injury.

A year after his retirement, Gupta penned a book, Black Warrant, which highlighted how powerful prisoners have lived ''luxurious'' lives breaking every rule.

"During my tenure, I have even seen influential people asking for sexual favour and availing it. Sodomy is common inside Tihar and the powerful people get such favours from inmates either mutually or with the help of jail officials," Gupta told PTI.

A Supreme Court judgment of 1987 in the matter of Sanjay Suri vs Delhi Administration had highlighted the plight of juvenile prisoners who were subjected to sexual assault by adult prisoners.

Dheeraj Mathur, the spokesperson of Tihar Jail, refused to respond to Gupta's allegation.

"If Satyendar Jain has got a massage in his prison cell by an accused, it is illegal as there are authorised wards within the premises for providing physiotherapy in case a prisoner needs it. He cannot get it in his cell by an accused," he said.

However, the viral video hasn't surprised Gupta as he is of the view that this is "normal among the illegal activities" that he has seen happening within the prison.

"I have seen rules being thrown to the wind to appease ministers, businessmen and industrialists," Gupta claimed.

"Who would not want to align with and shower favour on influential people? They promise jobs, legal aid, and money to poor prisoners and get their services in whatever form they want.

"'Even jail officials dance to their tune as they are promised money or jobs to their relatives and others," Gupta claimed.

Asked if he reported such matters to the higher authorities, he said, "Yes, definitely, and in some cases, actions were also taken but it is difficult to put such corrupt practices to an end forever."

"It is like the corruption prevailing in any other government office and department. People get into it for the lure of money hoping that they can get away with it," he said while refusing to name any particular year during which such incidents happened.

Former Lieutenant Governor of Puducherry Kiran Bedi, who served as Tihar Jail DG from 1993-1995, said, "What Sunil is referring to perhaps of his tenures earlier than mine or after my departure. Hence (it) is only in his knowledge."

However, Bedi admitted that she received "all sorts of complaints" from prisoners, including of sodomy, when she introduced a feedback and prisoners petition system via a locked mobile box opened by her only.

"During the time of my responsibility, no one got any favour of this kind. The rule was similar for all. We had a very effective system of feedback and a prisoners' petition system which was directly addressed to me.

"I received all sorts of complaints of corruption and sexual offences and took immediate action," she said.

Bedi claimed that the petition system of that time remains unparalleled because prisoners had trust that action would be taken.

"Over and above, we had many other forms of inputs," Bedi added.