India may be entering endemic stage of Covid: WHO chief scientist

On the third wave, Soumya Swaminathan said no one has a 'crystal ball' and it’s impossible to predict it 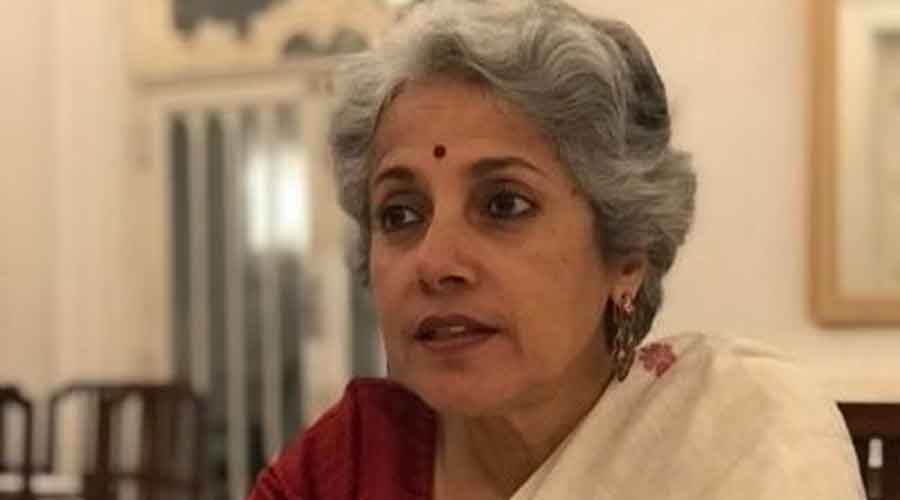 Covid-19 in India may be entering some kind of stage of endemicity where there is low or moderate level of transmission going on, Chief Scientist of the World Health Organisation Dr Soumya Swaminathan said.

The endemic stage is when a population learns to live with a virus. It’s very different from the epidemic stage when the virus overwhelms a population.

On clearance to Covaxin, she said she is fairly confident that the WHO’s technical group will be satisfied to give Covaxin clearance to be one of its authorised vaccines and that could happen by mid-September.

In an interview to journalist Karan Thapar for news website The Wire, Swaminathan said given the size of India and heterogeneity of population and immunity status in different parts of the country, it is “very very feasible” that the situation may continue like this with ups and downs in various parts of the nation.

“We may be entering some kind of stage of endemicity where there is low level transmission or moderate level transmission going on but we are not seeing the kinds of exponential growth and peaks that we saw a few months ago,” Swaminathan said.

“As far as India is concerned that seems to be what is happening and because of size of India and heterogeneity of population and immunity status in different parts of country in different pockets, it is very very feasible that the situation may continue like this with ups and downs in different parts of the country, particularly where there are more susceptible population, so those groups who were perhaps less affected by first and second waves or those areas with low levels of vaccine coverage we could see peaks and troughs for the next several months,” she said.

She said she hopes that by the end of 2022 “we would be in that position that we have achieved vaccine coverage, say 70 per cent, and then countries can get back to normal”.

On prevalence of Covid among children, Swaminathan said parents need not panic. “We can take from the sero survey and what we learnt from other countries also that while it is possible that children could get infected and transmit, children luckily have very mild illness most of the time and there is a small percentage that gets sick and get inflammatory complications and few will die but much much less than the adult population…But it is good to prepare… preparing hospitals for paediatric admissions, paediatric intensive care is going to serve our health system in many ways for other illnesses children have but we should not panic about thousands of children crowding into ICUs,” she said.

On use of drugs like Remdesivir, HCQ or Ivermectin for treatment, she said as of now, there is no evidence that HCQ or Ivermectin have any role to play in reducing mortality or morbidity in people infected with the virus or actually preventing people from getting infection, so therefore there are no grounds on which recommendations can be made in use of either of these drugs for treatment or prevention.

“Solidarity trial showed Remdesivir does not reduce mortality, it may have a marginal benefit in subgroup of patients who are ill enough to need oxygen but not ill enough to be on ventilation so there may be a marginal benefit but certainly Remdesivir does not do much in stage of moderately or severely ill patients. It is also very expensive. Drugs like Dexamethasone and Oxygen are the two essential ones that save lives,” she added.

On clearance to Covaxin, she said the decision can be made hopefully by mid-September.

“The Bharat Biotech submitted their data in the third week of July which was the first data set, then there was an updated data set that came in the middle of August. The committee has gone back to the company with some questions which they must be in process of answering now. I think the technical advisory group that ultimately approves will meet in the first 10 days of September and so we are hoping it happens soon after that,” she said.

“So by the middle of September I am thinking, and the reason it took longer was because of back and forth and the need for more data requested from the company and this is the usual process. People think it is taking longer for Covaxin than for others but that is not the case… each company that applied for EUL (Emergency Use Listing) had taken this period of 4 to 6 to 8 weeks to get all the data needed,” she said.

On the third wave, she said no one has a “crystal ball” and it’s impossible to predict a third wave.

“It will be impossible to predict when, where the third wave will be upon us and if at all a third wave will come. However, you can make an educated guess on some of the variables that have an impact on transmission,” she said.

On booster doses, she said there are both scientific and moral, and ethical reasons for not rushing into boosters.

“…so it would also be in self interest of countries who have excess doses now to send those doses out through Covax to countries that desperately need them,” she said.

On vaccine passport concept, she said, “We do not believe that vaccination has to be a prerequisite at least at the global level to do things like travelling because we haven’t given everyone an opportunity to get vaccinated there is so much inequity in access to vaccines, so the first thing is to get rid of the inequality then you can allow people vaccinated to relax certain measures.”

Vaccine passports are for allowing international travel to those fully vaccinated against coronavirus.