Advertisement
Home / India / India has a non-partisan approach to US domestics politics: Jaishankar

India has a non-partisan approach to US domestics politics: Jaishankar 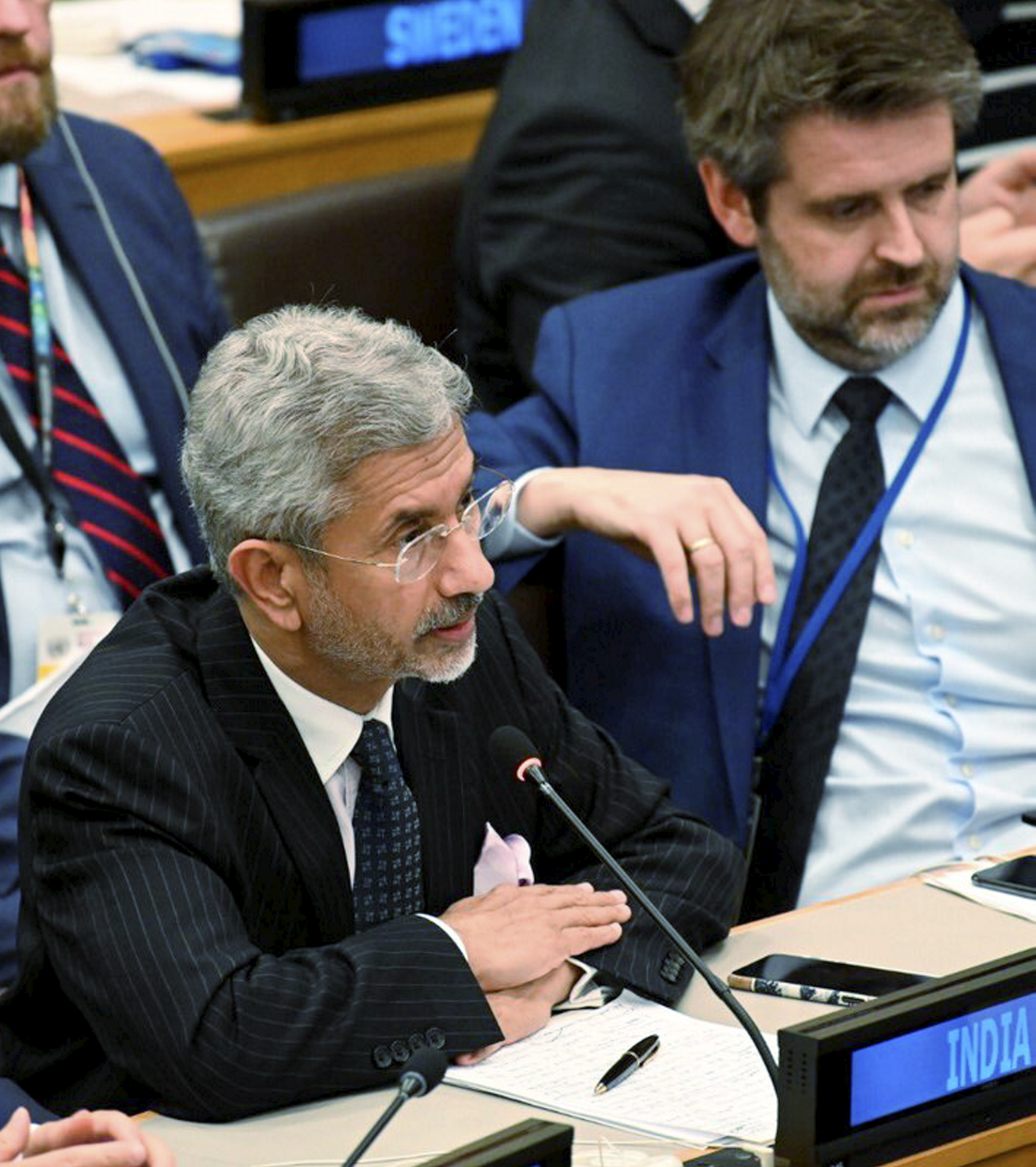 Currently on a three-day trip to Washington DC, Jaishankar strongly refuted the notion that the Prime Minister used the phrase to endorse Trump’s candidature for his 2020 re-election campaign.

No, he did not say that, the minister said when asked during a news conference with Indian journalists about the implication of the Prime Minister purportedly using the slogan in his Houston address.

“I don’t think we should, honestly, misinterpret what was said. I don’t think you’re doing a good service to anybody,” Jaishankar said in response to the question.

Congress leader Rahul Gandhi hit out at the Prime Minister Narendra Modi for the remark, saying it reflected his 'incompetence', which had caused serious problems with the Democrats for India.

He thanked Jaishankar for 'covering up' Modi's 'incompetence' and urged him to teach the Prime Minister 'a little bit about diplomacy.'

'Thank you Mr Jaishankar for covering up our PM's incompetence. His fawning endorsement caused serious problems with the Democrats for India. I hope it gets ironed out with your intervention. While you're at it, do teach him a little bit about diplomacy,' Gandhi wrote on Twitter.

Addressing a mammoth crowd of more than 50,000 Indian Americans in Houston on September 22, Modi had said that we in India have connected well with Trump.

The words of candidate Trump, “Abki baar Trump sarkar”, rang loud and clear. And his celebration of Diwali in the House – White House – lit up millions of faces with joy and appreciation, Modi had said amidst thunderous applause from the audience.

“I mean, he (Modi) was pretty clear what he was talking about. He was saying, this is what you said as a candidate, which showed that you were trying to (connect with India and its people even as a candidate),” Jaishankar said, urging the journalist to be accurate.

“We have a very nonpartisan (approach to domestics US politics). So, our sort of approach to whatever happens in this country is their politics, not our politics,” Jaishankar maintained.