Maharashtra contributed to maximum of it, pollution control board says 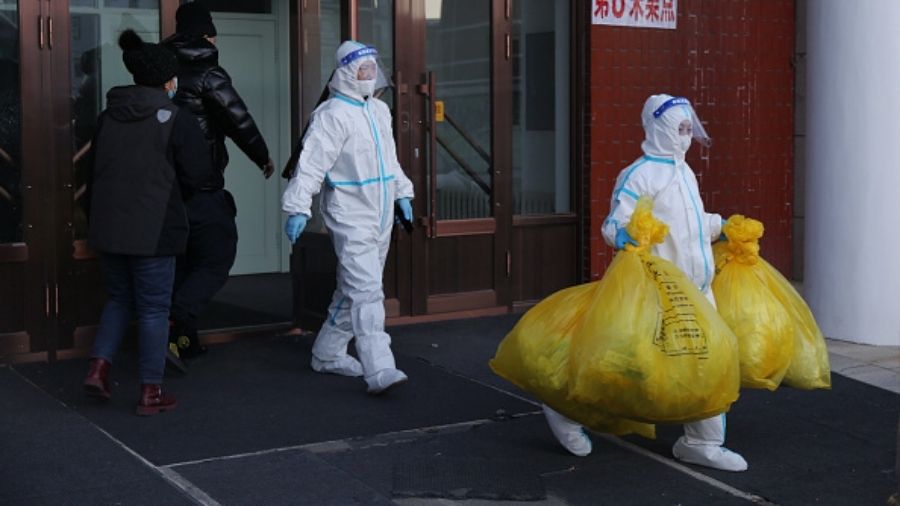 According to the data received from state pollution control boards, since June 2020, all states and union territories have generated 32,994 tonnes of Covid-19-related biomedical waste.
Getty Images
Our Bureau, Agencies   |   New Delhi   |   Published 10.01.21, 12:57 PM

Over the past seven months, India generated around 33,000 tonnes of Covid-19 waste, with Maharashtra contributing the maximum (3,587 tonnes) to it, according to a data by the Central Pollution Control Board (CPCB).

October emerged as the month when most of the waste was generated -- over 5,500 tonnes.

According to the data received from state pollution control boards, since June 2020, all states and union territories have generated 32,994 tonnes of Covid-19-related biomedical waste which is being collected, treated and disposed of by 198 common biomedical waste treatment facilities (CBWTFs).

Around 4,530 tonnes of such waste was generated in December, with Maharashtra contributing the maximum 629 tonnes, followed by Kerala (542 tonnes) and Gujarat (479 tonnes).

Delhi generated 321 tonnes of Covid-19 bio-medical waste in December, according to the CPCB data.

Around 4,864 tonnes of Covid-19 waste was generated in November, of which 609 tonnes was contributed by Maharashtra, 600 tonnes by Kerala, 423 tonnes by Gujarat and 385 tonnes by Delhi.

In October, the country generated 5,597 tonnes of Covid-19 waste, the maximum in the last seven months, with Kerala (641), Gujarat (545) and Maharashtra (542) being the top three contributors.

The apex pollution body had in May developed the ‘COVID19BWM’ mobile application to monitor coronavirus-related biomedical waste and to compile the data through electronic manifest system. This application tracks Covid-19 waste at the time of generation, collection and disposal.

In July last year, the Supreme Court made it mandatory for all urban local bodies and state pollution control boards to use the mobile application for tracking biomedical waste daily in a bid to ensure that the waste is collected, transported and sent to the registered CBWTFs.