In Telengana, presidential polls help KCR stand up to the BJP's might 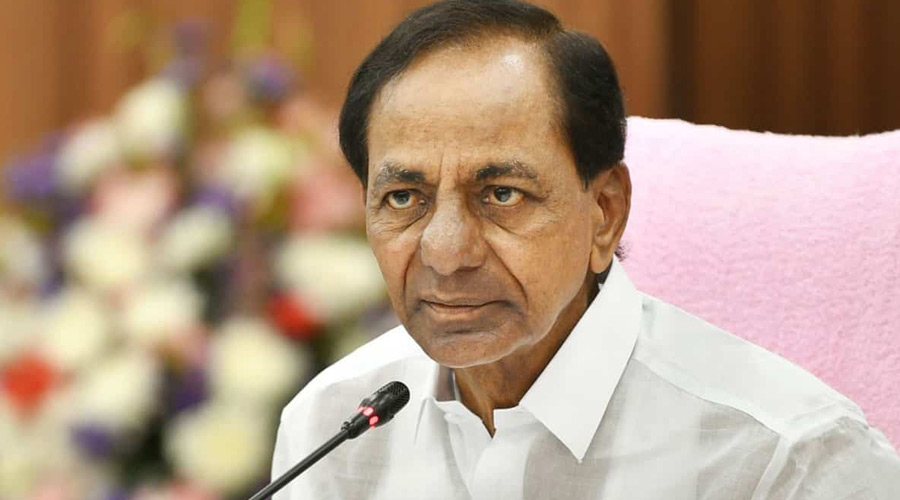 In a telling turn of events, Rao is planning a grand welcome for Opposition's presidential candidate Yashwant Sinha in the city on Saturday where the top brass of the saffron party, including Modi, is holding its national executive to plan, among other things, the Telangana CM's ouster from power.

The TRS has dismissed the meet as a "circus" where political "tourists" from across the country will gather, reports PTI.

While Rao has taken its battle against the BJP national, visiting different states and the national capital to work to forge an Opposition alliance, the BJP has redoubled its efforts to end his reign in the resource-rich state where he is in power since 2014.

On the roads of the city, a poster war has broken out, reports ndtv.com. The BJP has put up cutouts and banners showcasing the achievements of the Centre _ with pictures of Modi _ the TRS has put up posters featuring KCR and Yashwant Sinha.

A few BJP leaders, who arrived in the city for the two-day national executive, were quick to draw a parallel between Rao and Shiv Sena chief Uddhav Thackeray to assert that the state chief minister will meet the fate of the Maharashtra leader, a longtime BJP ally turned foe.

That the meeting is taking place in the immediate aftermath of the toppling of the Thackeray-led Maha Vikas Aghadi government and the swearing-in of the dispensation led by the BJP and Shiv Sena rebels has made the comparison obvious. Besides, the TRS was seen as a friendly party to the BJP before it turned against the saffron party gradually after the Modi government came to power for a second term in 2019.

The TRS was also a member of the BJP-led NDA during the 2009 Lok Sabha polls.BJP leaders blamed Rao's "frustration and anger" with the party after he sensed the potential for its rise in the state.

After its surprise win in four Lok Sabha seats in Telangana, where only three of its candidates had won in the Assembly polls held months before the 2019 parliamentary election, the BJP went into overdrive to fill the Opposition space as the Congress weakened, winning two crucial Assembly bypolls and putting up an impressive show in the Hyderabad municipal polls.

BJP leaders said the party's rise has alarmed the TRS.

Hence the BJP's decision to choose Hyderabad as the venue of its national; executive. It is the clearest signal from the party that the state is its top priority in its agenda for expansion in territories where it remains relatively weak.

Since coming to power at the Centre in 2014, this is only the fourth time the party is holding its key national meet outside Delhi. It had held earlier meets in Odisha in 2017, Kerala in 2016 and Bengaluru in 2015.

All these states were chosen by the BJP for boosting its presence there. While it managed to dethrone the Congress from power in Karnataka, it has met only limited success in Odisha and remained a small player in Kerala.

People will keenly watch as to which of these states the BJP's trajectory in Telangana follows.

With inputs from PTI.