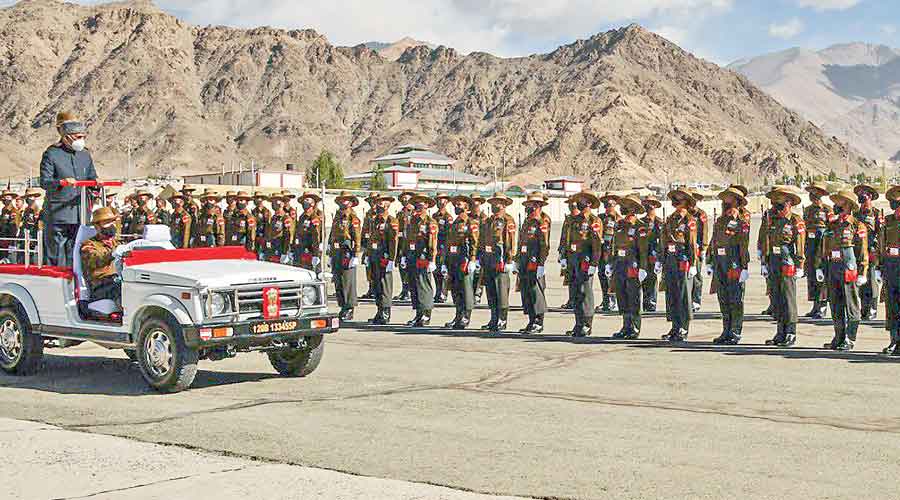 The top brass of the Indian Air Force will review the security challenges facing India, including Chinese transgressions and the ongoing border standoff in eastern Ladakh, during a three-day commanders’ conference starting on Wednesday.

Sources in the defence ministry said the commanders would review the overall security situation on the borders with China and Pakistan during the conference, which will be attended by the air officers commanding-in-chief of all commands of the IAF and all directors-general posted at the Air Headquarters in Delhi.

The conference comes after the 13th round of military talks between the Indian and Chinese armies last month. That session failed to achieve any breakthrough as the Chinese were not agreeable to disengage from India-claimed territory at the remaining friction points along the Line of Actual Control in Ladakh.

A defence ministry official said Beijing’s reluctance to disengage from the friction points had led to growing frustration in the security establishment.

“The Chinese army is said to have strengthened its positions at the friction points by building airbases and military camps,” he said.

Sources in the security establishment say the Chinese have been insisting that the remaining occupied zones at the Depsang Plains and Hot Springs belong to them and asked Indian troops to move further back within India-claimed territory as a precondition for disengagement. This has been rejected by the Indian Army.

India and China have been locked in border disputes at multiple points in eastern Ladakh since May last year. The Chinese army is said to have altered the unmarked LAC in these areas and is estimated to have taken over close to 1,000sqkm of India-claimed territory.

Besides surface-to-air missile squadrons, the IAF has deployed fighter aircraft, including Sukhoi, Mirage, Mig-29 as well as Apache attack and Chinook heavy-lift helicopters, in Ladakh to counter the massive deployment by the PLA.

“During the three-day conference starting tomorrow, the top brass will also address strategies and policies related to capabilities that would give the IAF a significant edge over its adversaries,” an air force official said.

The commanders, he said, will also address the IAF’s operational capabilities and issues pertaining to reforms and restructuring to ensure more efficient processes across all domains.