Human rights issue not discussed with US, says Jaishankar

There's clarity about where we stand on this matter: Minister of External Affairs 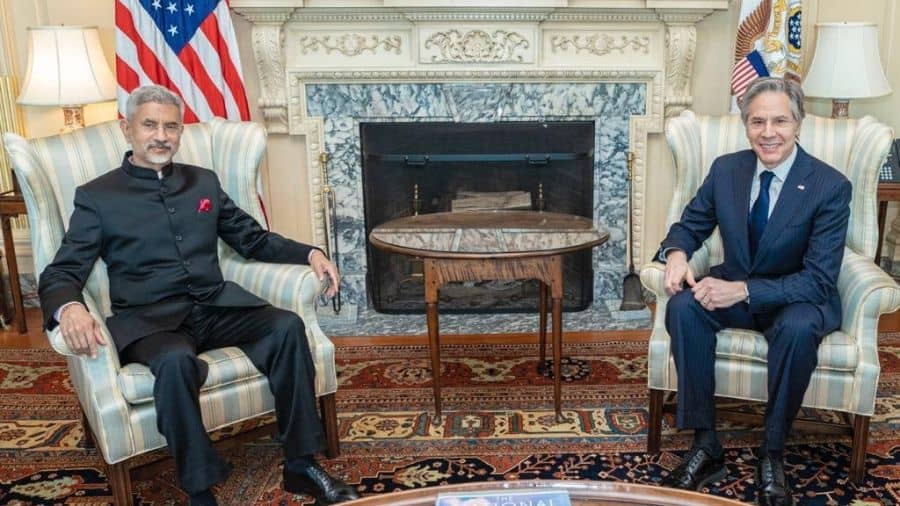 External Affairs Minister S Jaishankar said on Wednesday that human rights issue was not a topic of discussion during the India US 2+2 ministerial meeting this week, as he asserted that whenever there is a discussion New Delhi will not be reticent about speaking out.

"On the human rights issue; no, we did not discuss human rights during this meeting. This meeting was primarily focused on political-military affairs, Jaishankar told reporters as he concluded his trip here, which was primarily to attend the India-US 2+2 ministerial along with Defence Minister Rajnath Singh.

At a joint news conference on Monday, Secretary of State Antony Blinken had said that the US is monitoring some recent "concerning developments in India, including a rise in human rights abuses by some government, police, and prison officials. The joint news conference after the 2+2 dialogue was addressed by Blinken, Jaishankar, Singh and US Defence Secretary Lloyd Austin.

Responding to a question, Jaishankar said while the issue of human rights was not discussed during the current meeting, it has come up in the past.

"It is a subject which has come up in the past. It came up when Secretary Blinken came to India. I think if you recall the press briefings after that I was very open about the fact that we had discussed it and said what I had to say, he said.

"So let me put it to you this way so that there's clarity about where we stand on this matter," he added.
"Look, people are entitled to have views about us. But we are also equally entitled to have views about their views and about the interests, and the lobbies and the vote banks which drive that. So, whenever there is a discussion, I can tell you that we will not be reticent about speaking out," he said.

"I would tell you that we also take our views on other people's human rights situation, including that of the United States. So, we take up a human rights issues when they arise in this country, especially when they pertain to our community. And in fact, we had a case yesterday that's really where we stand on that, he said.