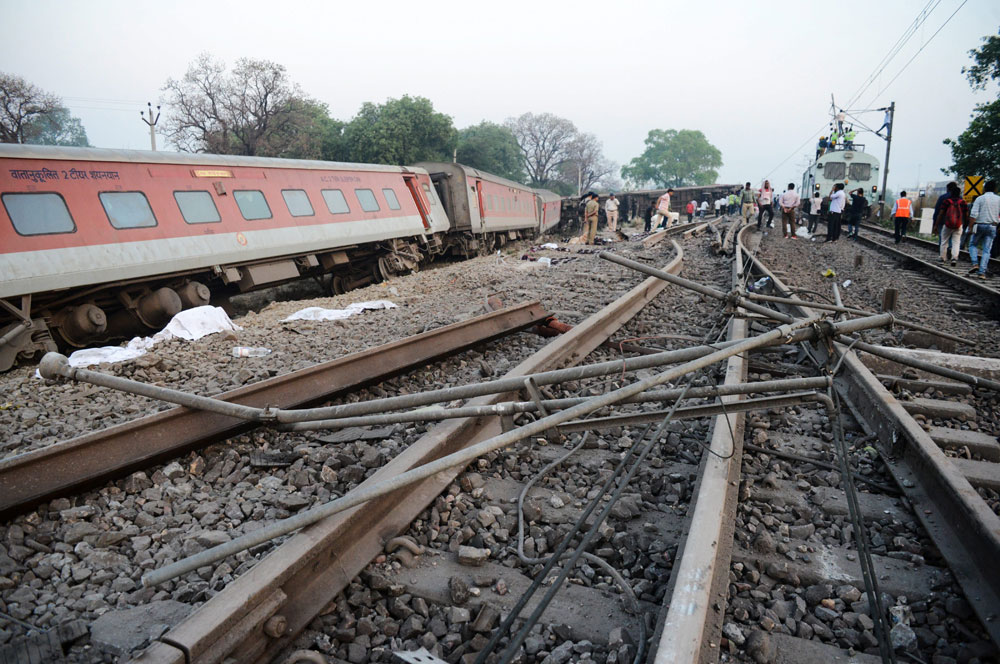 The train was going to New Delhi when the incident occurred near Rooma railway station -- about 20 km from here -- in Kanpur Nagar district around 12.50 am.

General Manager of the North Central Railway (NCR) Rajiv Chaudhary said an inquiry was ordered in this connection which would be conducted by the commissioner of railway safety.

Uttar Pradesh Chief Minister Yogi Adityanath has also directed officials to extend all possible help to those affected and ensure that proper medical treatment is provided to them.

Three critically injured people were admitted to the trauma centre of Hallet Hospital while 12 others were also given treatment, UP government officials said, adding that 52 people were given first aid.

The district magistrate, senior superintendent of police and other senior officials reached the spot and supervised the rescue operation, the officials said.

Kanpur Additional Director General of Police (ADGP) Prem Prakash said the passengers of the derailed train were brought to Kanpur and arrangements were being made for their onward journey.

'The administration, police and the locals, who were the first responders, have done a wonderful job by rushing the victims to hospitals in a short span of time after a such a major accident,' an official of the National Disaster Response Force (NDRF) told reporters here.

Recounting the incident, a passenger said there was a loud sound and everyone fell off their seats.

Another passenger said he got out of the window of the train after the accident.

Malviya said the New Delhi-Howrah down line was cleared while work was underway on the up line, which was likely to be restored by evening.