'It appears that someone known to him has committed the crime. It also appears that the killers were drunk', said the SSP 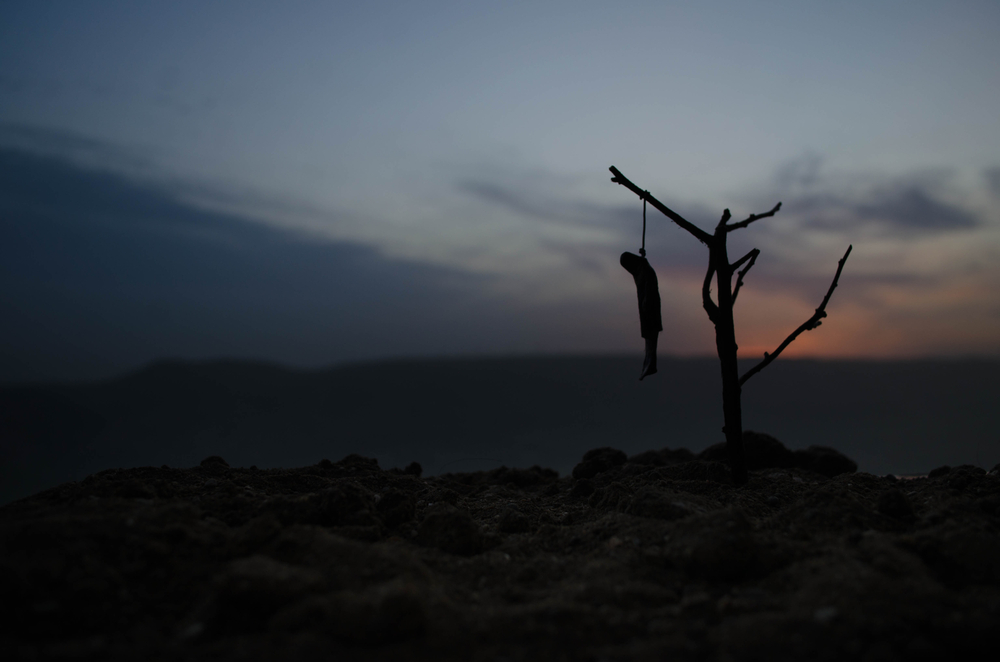 His body was found hanging from a tree barely 100 metres from his village in the morning
(Representational Shutterstock photo)
Piyush Srivastava   |   Lucknow   |   Published 27.11.19, 08:58 PM

A Hindu Yuva Vahini activist from Gautam Buddha Nagar was found hanging from a tree on Wednesday morning in the latest murder of a Right-wing leader in the heartland in recent months.

Sandeep Nagar, 30, was a former district vice-president of the Vahini, an outfit founded over a decade ago by Yogi Adityanath when the Uttar Pradesh chief minister was a member of Parliament from Gorakhpur.

Nagar, a resident of Atta Gujran village in the Dankaur area of Greater Noida, had left home on Tuesday evening with two relatives, Mohit Bhati and Rohit Bhadana, to attend a wedding.

His body was found hanging from a tree barely 100 metres from his village in the morning.

Nagar had last year filed papers for a contest for the post of chairman of the zilla panchayat but the state election commission had cancelled the nomination.

No Vahini leader has so far reacted to the murder.

Vaibhas Krishna, senior superintendent of police, Gautam Buddha Nagar, claimed Nagar was no longer active in the Vahini. “Prima facie, it appears that someone known to him has committed the crime. It also appears that the killers were drunk,” the SSP said “His family members have given us the details of the two relatives who were with Nagar last night. Police teams are trying to arrest them.”

Kumar Ranvijay, superintendent of police, Greater Noida, said: “The deceased and his friends were seen drinking liquor last night. Thereafter, they had a fight over some issue.”

Nagar is the latest Hindutva activist to have been murdered since Kamlesh Tiwari, a Hindu Mahasabha leader, was killed in Lucknow on October 18.

Shaikh Ashfaq Hussain and Moinuddin Pathan, two residents of Surat, were arrested for the murder before several others were rounded up.

Uttar Pradesh police chief O.P. Singh had said that some “self-radicalised Muslims” had conspired to kill Tiwari because he had made some objectionable remarks against their religion five years ago.

Tiwari’s mother Kusuma Ramshri had, however, accused a BJP leader of Sitapur for hiring killers because he wanted to grab a temple land in the district owned by her son. She had also blamed Lucknow police for giving the killers time to escape.

Kapoor Singh alias Kallu, a BJP leader from the Ghatampur area of Kanpur, was shot dead on September 5.

Sompal Saini, who was in charge of the intellectual wing of the Rashtriya Swayamsevak Sangh in the Habibpur area of Muzaffarnagar, was shot on August 29.

Surendra Singh, a BJP leader from Amethi, was shot in front of his house in Baraulia village on May 26.