Commenting on the Hindustani Awam Morcha Secular threat, the RJD predicted a change in the ruling dispensation in the state in the New Year 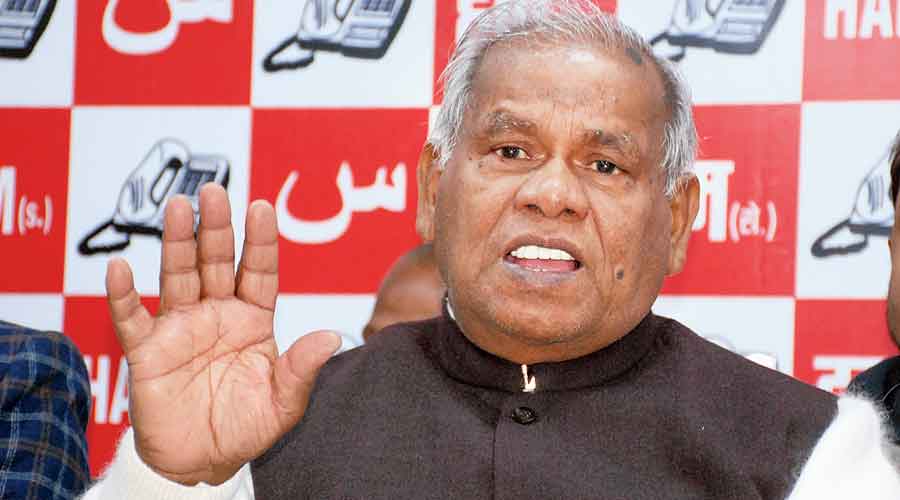 The suggestion by the BJP to former Bihar chief minister Jitan Ram Manjhi to chant “Ram Ram” appeared to spin out of control on Tuesday. His Hindustani Awam Morcha Secular threatened to pull out of the National Democratic Alliance and topple the Bihar government.

“The NDA government in Bihar will fall if our four MLAs withdraw support. The Bharatiya Janata Party (BJP) ministers and leaders will be left on the road fending for themselves and chanting the name of Lord Ram,” HAMS spokesperson Danish Rizwan said.

“These BJP ministers should understand that they are in power due to the support and mercy of Manjhi ji. Nobody will recognise them if we pull out the support,” Rizwan added.

HAMS threat was primarily aimed at the BJP, whose ministers are at loggerheads ever since Manjhi, a Dalit leader, said he did not believe Ram to be a God and also used profanities against the Brahmins around a week ago.

However, several BJP leaders, including state environment and forest minister Niraj Kumar Singh Bablu, have been vocal against Manjhi’s comments.

Bablu had said on Monday: “Manjhi should take sanyas (renounce the world) and spend time chanting the name of Lord Ram. He needs rest.

He should handover the political responsibilities to his next generation. In any case there is a tradition in our country that people chant Ram’s name when the end comes near.”

The threat by Manjhi’s party highlighted the precarious balance of power in the 243-member Bihar Legislative Assembly in which any party or alliance needs at least 122 MLAs to form the government.

At present, one seat is vacant in the House because of the demise of a legislator.

The NDA has 126 MLAs in the House in which the BJP has 74, chief minister Nitish Kumar’s Janata Dal United (JDU) has 45, HAMS has four while Vikassheel Insan Party has three seats. It also has the support of the lone Independent MLA in the Assembly.

On the other hand, the Rashtriya Janata Dal (RJD) is the single largest party with 75 seats and leads the opposition Grand Alliance. Its other constituents — Congress has 19, CPI-ML has 12, CPI and CPM have two MLAs each. Asaduddin Owaisi’s AIMIM has five members in the House.

In such a situation, if Manjhi pulls out the support of his party, the NDA will have just 122 MLAs and the support of an Independent legislator. It will be a razor thin majority in the House and can be easily lost if just a couple of MLAs switch sides or resign.

Commenting on the HAMS threat, the RJD predicted a change in the ruling dispensation in the state in the New Year.

“NDA partners are not happy with the BJP and we will see a new government in Bihar in the New Year,” RJD spokesperson Mritunjay Tiwary said.