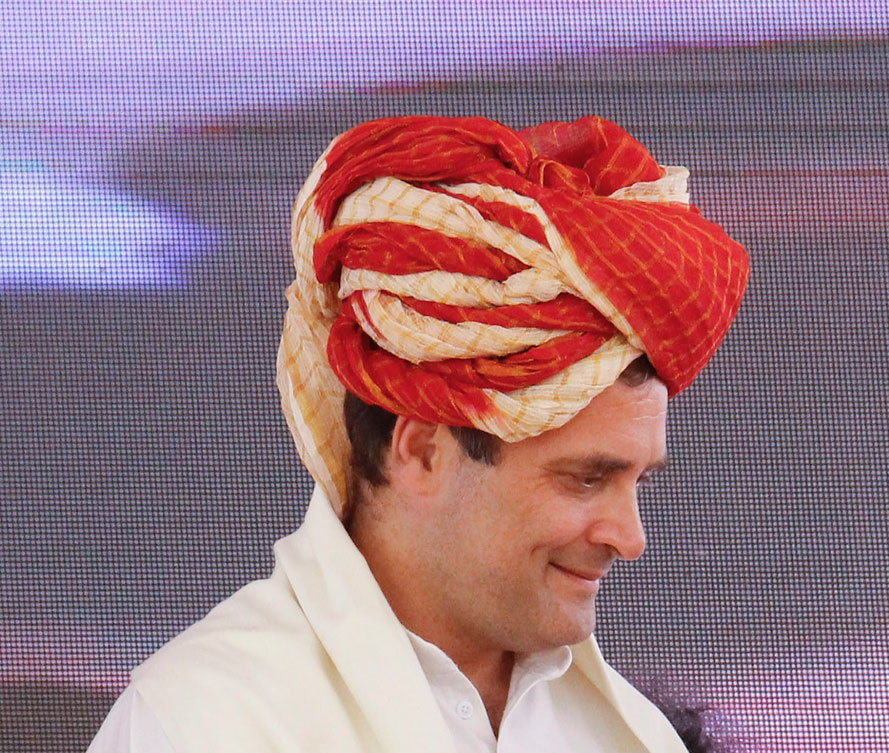 Rahul Gandhi on Monday told the Supreme Court he had the 'highest esteem' for the judiciary while urging it to dismiss a BJP leader's contempt plea against him along with a fine for dragging the court into a 'political controversy' over the Rafale deal.

The Congress chief pleaded that the petition, filed by BJP MP Meenakshi Lekhi, 'be dismissed in limine at the very threshold with costs'.

'It is further submitted that by this petition, it is the applicant-petitioner who is seeking to drag the court into a political controversy for personal gains and political mileage,' Rahul said in an affidavit filed through advocate Sunil Fernandes.

Lekhi's contempt petition had alleged that Rahul twisted the court's April 10 judgment to claim that Prime Minister Narendra Modi had been held guilty of corrupt practices in the controversial purchase of 36 Rafale aircraft.

The court had then sought an explanation from Rahul without issuing any formal notice.On April 22, Rahul had expressed 'regret'. that in the heat of political campaigning he had juxtaposed the Congress slogan 'chowkidar chor hai' while citing the court's recent dismissal of the Centre's objections to the Rafale review petitions.

When the matter came up for hearing the next day, the court had issued a formal notice but exempted Rahul from personal appearance.

In his fresh affidavit, Rahul clarified that he 'did not have the slightest or remotest intention' of bringing the court into the political arena or 'attribute to it deliberately or wilfully that which the court had not said or meant'. Rather, it was Lekhi who had chosen to politicise the matter.

'The answering respondent's response was based upon the immediate general perception that in the review petition filed in the so-called Rafale case, this Hon'ble Court had reopened the case for hearing, that the court had not allowed the shutting out of new facts and documents as desired by the Government and that there was generally a sense of victory and exhilaration amongst those who had been campaigning for inquiry into the Rafale issue,' Rahul said.

The affidavit said there was no intention to 'prejudice or interfere' with the due course of any judicial proceedings, or 'scandalise' the court in any manner. 'The said statements were made by the answering respondent in Hindi in a rhetorical flourish in the heat of the moment,' it said, iterating the earlier claim.

The Congress president also said that 'without a readable copy of the Supreme Court order being available on its website' he had had to rely upon 'electronic and social media reportage and the version of workers and activists' during the campaign.

'It is submitted that the contempt petition is in itself a brazen abuse of process of this Hon'ble Court inasmuch as an intention is sought to be imputed that the answering respondent was attempting to lower the prestige of the court and to interfere with the process of the court which, as already explained, was not the case,' the affidavit said.

'Furthermore, misrepresentation of a public figure cannot be the basis of allowing a contempt petition under Section 2(c) of the Contempt of Courts Act, 1971…,' it said, adding that what should be condemned at the very outset is the attempt to seek political mileage 'under the garb of alleged contempt'.

The affidavit repeated the Congress's stand that the Rafale deal was a tainted transaction and a brazen abuse of executive power that needed to be probed by a joint parliamentary committee.