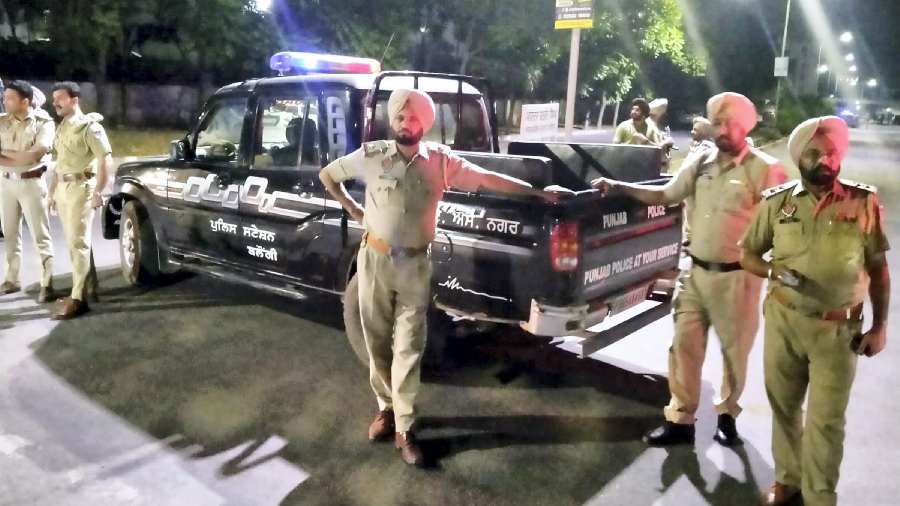 A heavy contingent of police has been deployed at the Chandigarh-Mohali border after several farmer bodies' announcement of heading towards the union territory for holding an indefinite protest to press for their demands related to a wheat bonus, paddy sowing and MSP.

Police have put up barricades, tippers and rolled out water cannons to prevent protesting farmers from entering Chandigarh.

Several farmer unions have given a call for organising an indefinite protest at Chandigarh on the lines of a year-long agitation at Delhi borders against the Centre's three farm laws which were repealed in response to the protests.

Farmers from various parts of Punjab have assembled at gurdwara Amb Sahib in Mohali. They have come in tractor-trolleys, buses and other vehicles, carrying ration, beds, fans, coolers and cooking gas cylinders and other essential items.

Bharti Kisan Union (Lakhowal) general secretary Harinder Singh Lakhowal said the farmers will hold their 'pakka morcha' right at the site where they are stopped from moving towards Chandigarh.

Farmers are demanding a bonus on wheat as their yield has dropped, and shriveled because of the unprecedented heatwave conditions.

Farmers are also against the state government's decision of allowing paddy sowing in a staggered manner next month. They are demanding that the government permit them paddy sowing from June 10.

The state government had decided to allow paddy sowing in a staggered manner, beginning from June 18 with an aim to lessen the burden on electricity and conserve underground water.