Heavy casualties feared as bus falls into gorge in Uttarakhand

The accident occurred at around 7.30 pm, rescue operations have been launched with the help of locals of Pauri district 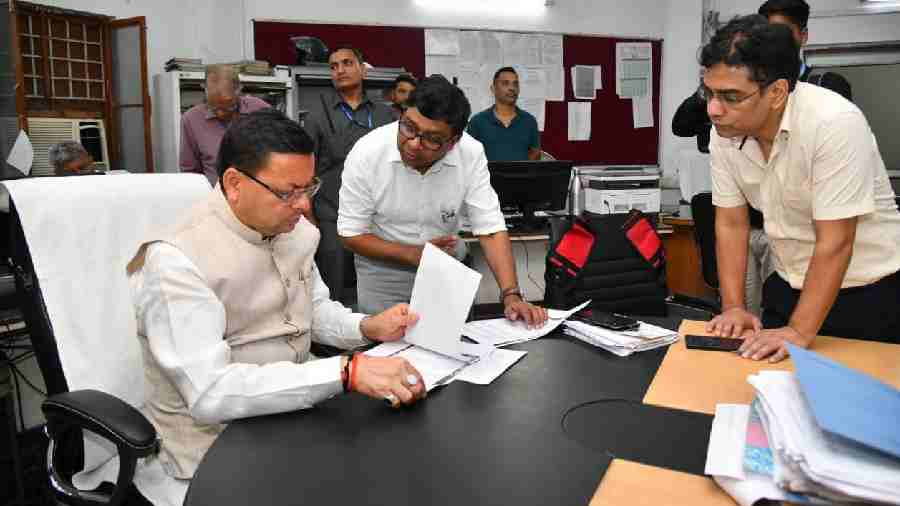 Heavy casualties were feared as a bus carrying around 45-50 members of a marriage party fell into a gorge in the Bironkhal area of Uttarakhand's Pauri district on Tuesday evening, the disaster control room here said.

The bus was on its way to a village in Bironkhal from Laldhang when it met with the accident near the Simri bend, it said.

The accident occurred at around 7.30 pm. Rescue operations have been launched with the help of locals but the efforts of the rescuers are being hampered by darkness, it said.

There is no arrangement of lights at the spot of the accident and villagers are struggling to rescue those stuck inside the bus with the help of the flashlights on their mobile phones, eyewitnesses said, adding that the number of casualties could be high.

Officials have rushed to the spot and details are awaited.