Gujarat polls: AAP takes page out of BJP book in its bid to breach saffron citadel 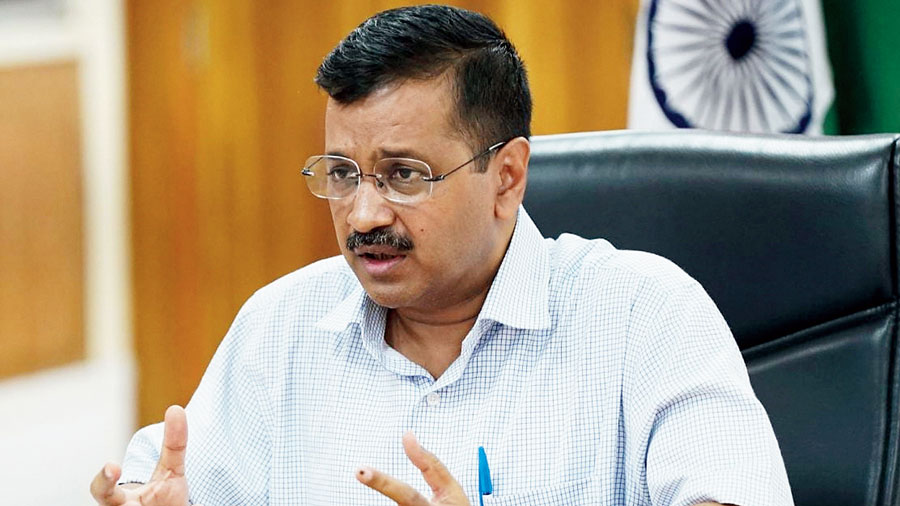 Though a new player in Gujarat's electoral politics, the Aam Aadmi Party (AAP) is going all out to take on the powerful BJP in the ensuing Assembly polls by bolstering its organization right down to the village level and mobilizing volunteers.

The Arvind Kejriwal-led outfit is strengthening its organization at the grassroots level through "panna parivaar pramukhs" and gram committees, each made up of up to 50 volunteers, to counter the BJP in the year-end polls, a senior party leader said.

The Delhi-headquartered outfit started rebuilding its organizational structure in Gujarat after dissolving the then-existing units in June. The rebuilding exercise has taken the party to the village level.

The next step will be to cover the "panna," or a page of electoral roll, by appointing "panna parivaar pramukh," AAP National Joint General Secretary Isudan Gadhvi said.

The 2012-founded party is seeking to counter the BJP's "panna pramukh," or "page committee" model of volunteers at the booth level by appointing "panna parivaar pramukh," with each page of voters list having an in-charge and members of "AAP parivaar" who will vote for the party.

Gadhvi said the AAP is focusing on micro management and door-to-door campaigns to woo voters in the state, where the Bharatiya Janata Party (BJP) is in power for more than two decades now.

"Other parties believe in caste equation, we believe in public equation. With such micro planning, the BJP cannot win," he claimed.

The AAP leader claimed BJP cadres are disillusioned with their leadership and his party can build on their perceived sense of disenchantment.

"The BJP had a strong organisation, there is no doubt about this. But we believe that is past now because even BJP workers are fed up with the party.

"They have understood that top BJP leaders take all the benefits. When it comes to workers, they (leaders) deny them the benefits by calling them (benefits) 'free revdi' (freebie)," Gadhvi told PTI.

The AAP has fanned out to villages in Gujarat as part of its goal to expand and deepen its base in the state.

At the village level, the party has declared the names of office-bearers, and each of them has been given the responsibility of looking after a cluster of five villages, said the national joint general secretary.

"These leaders have formed committees in 16,000 villages. Each village has a committee of 10-50 volunteers.

By August 15, we will have a gram committee in each of the state's 18,000-odd villages. We will have more than 1.5 lakh dedicated AAP workers at the village level," said Gadhvi, a former news anchor who joined the AAP in June last year.

As soon as the village-level committees are put in place, the party will start working on appointing "panna parivaar pramukhs, he said.

A panna parivaar pramukh" will take care of the members of AAP parivaar on the voters' list at the booth level, said the politician.

"This will be done by September 15. By then, we will leave the BJP behind (in terms of organisational strength)," Gadhvi claimed.

So far, the party has formed state and district bodies, and divided an Assembly segment in four blocks. Each block has an organisational secretary. A secretary will have 12-55 "circle in-charge" working under him, he said.

Gujarat has a 182-member Assembly.

Gadhvi insisted the Congress is no longer an option for voters in Gujarat, where the grand old party is out of power for more than 20 years.

The opposition party mainly got anti-BJP votes of people fed up with the saffron outfit who had no other option until the AAP came into picture, he said.

Gadhvi said in the February 2021 local body polls, the AAP received a significant chunk of votes in Ahmedabad, Rajkot and Surat despite not having strong worker base or organizational muscle then.

People are looking for a viable option in the state. Now that the AAP has gained traction, the people of Gujarat are full of hope.

The party's guarantees' (pre-poll promises) targeted at different sections of voters are playing a big role in making people gravitate towards the AAP, he maintained.

As far as declaring the names of candidates for the Assembly polls is concerned, the party has lagged behind a bit, Gadhvi said.

"We had decided way back in January that we will declare the first list of 30 candidates by July-end or August first week. We are a bit late as we have done so on only ten seats. We do not care about how the BJP or the Congress proceed on this," he said.

In early August, the AAP became the first political party in Gujarat to declare names of its candidates for the upcoming polls.

Early declaration of names will help candidates work hard on campaigning. The names of 10 candidates were declared after a survey, said the AAP leader

"We have our booth committees ready on each of these ten seats. There are 20 people in each booth. We had first identified a hardcore AAP worker on each of the 280-300 booths in each of these seats. We have focused on micro management of seats," Gadhvi said.

He said instead of mega rallies the party will concentrate on door-to-door campaigning to attract voters.

"We will focus on door-to-door campaigning to counter the local caste equation. Through this mode of campaigning, we will spread awareness about promises made by the party to people," the AAP functionary said.

Why AAP's a bigger threat to the BJP