Why Aam Admi Party poses a bigger threat to the BJP 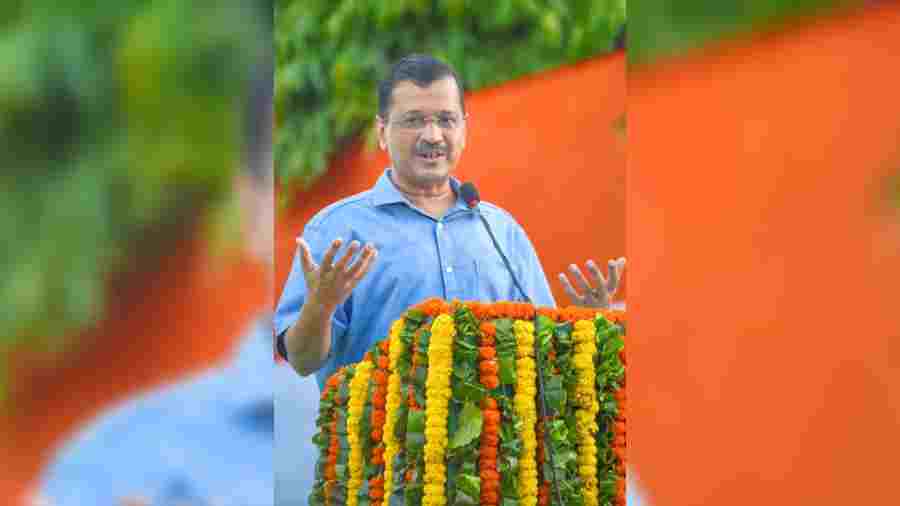 Recently, the Bharatiya Janata Party held press conferences at its headquarters for three days in a row to attack the chief minister of Delhi and Aam Aadmi Party supremo, Arvind Kejriwal. This disproportionate focus on Kejriwal came at a time when the Janata Dal (United), led by Nitish Kumar, walked out of the National Democratic Alliance. Many in the ruling party were left perplexed. They failed to figure out whether the idea was to avoid the Bihar embarrassment or accept that the relatively rookie Kejriwal now poses a real challenge to the BJP.

Having entrenched itself in Delhi and Punjab, the AAP is now focusing on two poll bound BJP-ruled states, Gujarat and Himachal Pradesh. The AAP has been drawing large crowds in both the states. Unlike the wider Opposition, Kejriwal vexes the BJP because the AAP tries to portray itself as more pro-Hindu and nationalist than the saffron party. The BJP strategists find it difficult to criticise Kejriwal as ‘anti-national’ or ‘urban naxal’. The BJP is desperate to gain the upper hand.

Eye on the prize

The BJP leader and member of Parliament from Bhubaneswar, Aparajita Sarangi, who missed a ministerial berth during the last expansion of the Narendra Modi cabinet, left no stone unturned to showcase her popularity during the recent visit of the Union home minister, Amit Shah, to Odisha. Sarangi knows only too well that she cannot make the cut without the blessings of Shah. The MP, along with her posse of supporters, waited at the airport till midnight on Sunday to receive Shah, breaking into a dance occasionally to the beats of drums that her troupe carried.

Sarangi was the only prominent BJP leader to raise the issue of protocol breach as the ruling Biju Janata Dal government’s minister of state for home failed to make it to the airport to receive Shah. The BJD countered her allegations, maintaining that the party held the Union home minister in high esteem. Sources within the BJP say that Sarangi is quite ambitious. She does not mind ploughing a lonely furrow if she believes it would serve her purpose.

The decision of the Bihar CM, Nitish Kumar, to dump the BJP and embrace the Rashtriya Janata Dal has evoked extreme reactions. Himanta Biswa Sarma, the Assam CM, described the Bihar politician as a margdarshak, a term usually used under the Modi-Shah regime to refer to veteran leaders who are on the verge of retirement. “How can you guarantee that Nitish Kumar will not again go out of that coalition after six to eight months… He is a margdarshak for everybody who wants to change party every six month,” Sarma tweeted. Sarma had left the Congress after over two decades to join the BJP in 2015. Nitish will likely not mind being called a margdarshak. After all, it is better than being called a betrayer.

The season of forging and breaking alliances has begun in the Northeast where four states are set to go to polls in 2023. Last month, the Nationalist Democratic Progressive Party and the BJP announced their tie-up for the Nagaland assembly polls — the NDPP and the BJP will contest 40 and 20 seats respectively. On the other hand, the National People’s Party, which heads the Meghalaya coalition government, has decided to contest the polls on its own. In Tripura, the Congress and the Left Front could form an alliance against the ruling BJP. There could be more tie-ups and break-ups once the smaller parties make their moves.

The Uttar Pradesh government had given advertisements of hundreds of crores to news channels in 2021 in the hopes that the media will inflate its deeds before the 2022 assembly polls. But now it seems that the Yogi Adityanath government is unable to pay its dues. “We are not able to meet the expectations of our embedded news channels, which want immediate clearance of all the dues and fresh advertisements of the same volume. We neither have money to pay the dues at once, or to release big advertisements this financial year,” said a state information department officer.

The BJP was in shock when Nitish Kumar suddenly quit the NDA and shook hands with the Grand Alliance. The BJP leaders in Bihar ultimately managed to hold press conferences and decided to stage a protest. But it was evident that the BJP was at its wit’s end. “This is not a protest. This is a shameful demonstration of the helplessness and the acceptance that wily Nitish Kumar has thrown you on the road...” a BJP leader asserted. Syed Shahnawaz Hussain, who was the state industries minister, summed up the ignorance and confusion brilliantly. He was in Delhi at the time the news broke. Hussain reportedly said, “I was a mantri when I boarded the flight from Delhi to Patna. I was a sentry (guard) when I landed in Patna.”

As soon as Tejashwi Yadav became the deputy CM of Bihar, mediapersons reminded him of his pledge of providing 10 lakh jobs if he comes to power. Yadav pointed out that it depended on him becoming the CM. This led many to wonder when that could happen as Nitish Kumar is still going strong. “You cannot afford to take his words less seriously now... Its just a matter of time...” a political expert said. The RJD would need only a few more seats to form a government in Bihar even if the JD(U) walks out of the alliance.