The amended Special Security Group will not provide security to family members of serving chief ministers, among other changes 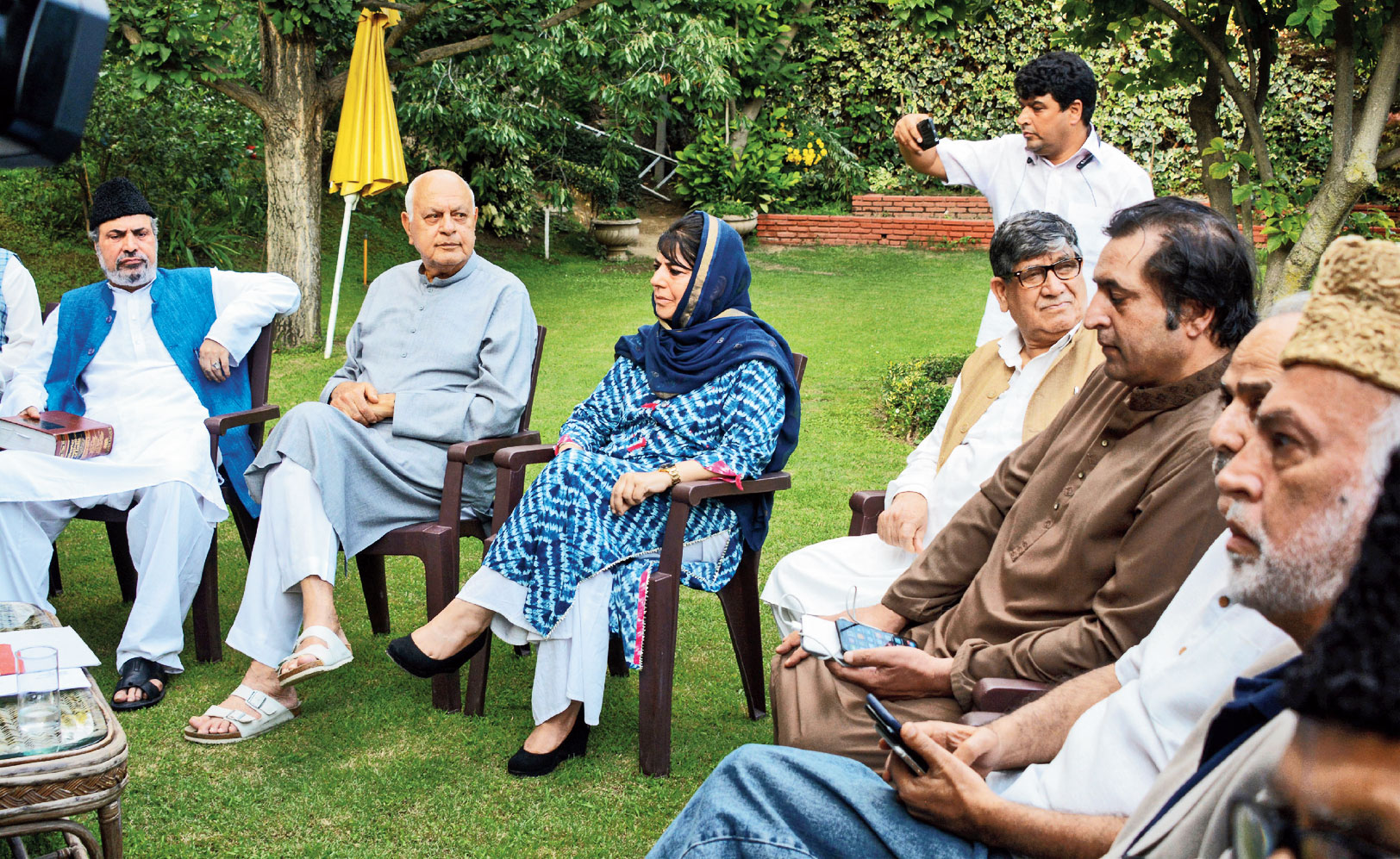 Farooq Abdullah (second from left) and Mehbooba Mufti with the other leaders at the all-party meeting in Srinagar. Apart from Mufti and Farooq, two other former chief ministers — Omar Abdullah and Ghulam Nabi Azad — are alive and were central government protectees till the amendment.
(PTI)
PTI   |   New Delhi   |   Published 01.04.20, 12:07 PM

Former Jammu and Kashmir chief ministers have lost all perks after the Centre either repealed or amended 138 laws of the erstwhile state.

According to a gazette notification on Wednesday, the government amended the Jammu and Kashmir State Legislature Members' Pension Act and increased the pension amount to Rs 75,000 per month from Rs 50,000.

Section 3-C of the act, under which former chief ministers of Jammu and Kashmir were entitled to various privileges and perks, has now been omitted.

With this amendment, the former chief ministers would not be entitled for rent-free furnished accommodation, expenditure to the limit of Rs 35,000 per annum for furnishing of the residential accommodation, free telephone calls up to the value of Rs 48,000 per annum, free electricity to the extent of Rs 1,500 per month, car, petrol, medical facilities, driver and personal assistant.

The provisions were made through a gazette notification, titled the Jammu and Kashmir Reorganization (Adaptation of State Laws) Order-2020.

Four former chief ministers of the erstwhile state — Farooq Abdullah, Ghulam Nabi Azad, Omar Abdullah and Mehbooba Mufti — are alive and all of them are central government protectees.

Amending the Jammu and Kashmir Migrant Immoveable Property (Preservation, Protection and Restraint on Distress Sales) Act, the government inserted a paragraph whereby it asked 'competent authorities' shall prepare the details of irremovable property of migrants in a prescribed format and 'take appropriate action to evict unauthorised occupant of such migrant property including such action as provided in section 5' of the act.

Section 5 says that if any unauthorised occupant of any migrant property refuses or fails to surrender possession, the competent authority may use force for taking possession.