The home minister rejected claims that the BJP was propping up a regional party to form a government. 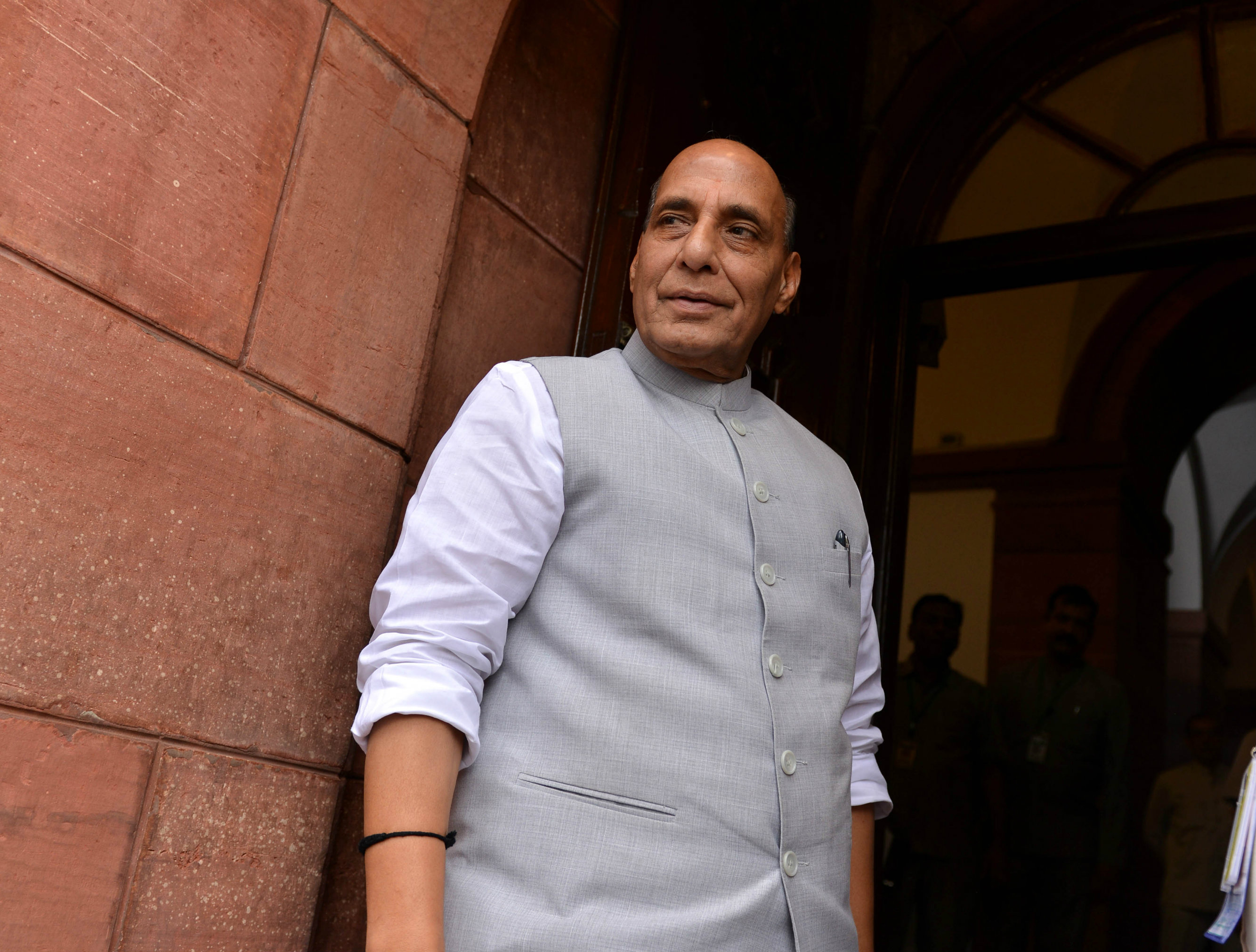 The Centre on Friday told the Lok Sabha on Friday that the Jammu & Kashmir governor had no other option but recommend President's Rule in the state as no party or alliance staked claim to form the government.

Replying to a discussion on the resolution on a presidential proclamation about imposition of President's Rule in the state, home minister Rajnath Singh asserted that the government was ready to hold Assembly polls in the state.

The minister also rejected claims of some Opposition parties that the BJP was propping up a regional party to form a government.

The resolution was adopted by a voice vote.

If the BJP wanted to indulge in horse-trading to form a government, it would have done so during the six-month Governor's Rule, he said.

The home minister said the then governor, N.N. Vohra, after speaking to leaders of all major parties, had sent a report in June that said none of them had expressed any intention to form a government.

The central government would take no wrong or immoral action in the state, Singh asserted, saying it is ready for Assembly polls but the decision has to be taken by the Election Commission. 'We are totally committed to a democratic process,' he said.