Uniform data remain unavailable on the age-distribution and the dead, the underlying disorders among the patients, the proportion of patients hospitalised, and the district-level infections and deaths 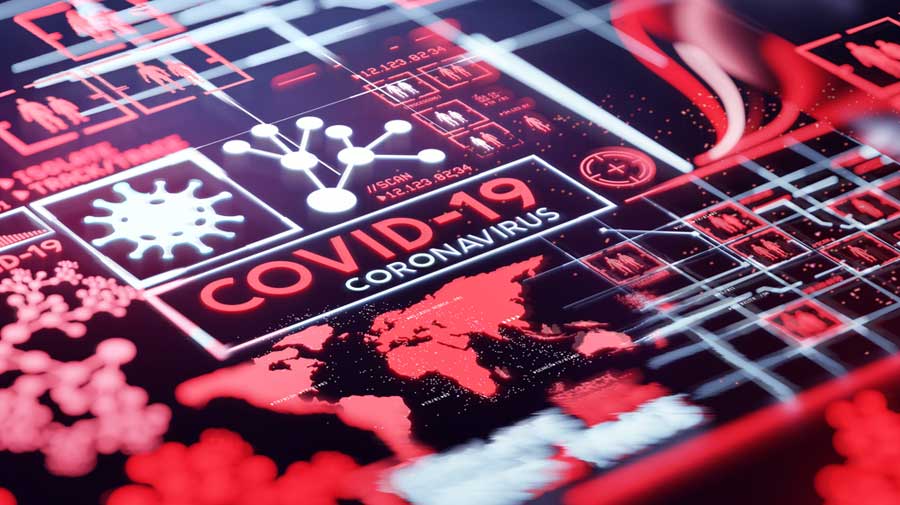 Among medical experts, there is consternation at what many of them view as the health ministry’s efforts to portray a rising recovery rate and falling case fatality rate without appropriate data that would show how fast or slowly these changes are happening and provide answers to key questions.
Shutterstock
G.S. Mudur   |   New Delhi   |   Published 02.11.20, 01:04 AM

India’s health ministry has for weeks plucked select numbers and statistics to describe the course of the coronavirus epidemic, but critical raw data remain unavailable or shielded from independent analysis, experts have said.

Among medical experts, there is consternation at what many of them view as the health ministry’s efforts to portray a rising recovery rate and falling case fatality rate without appropriate data that would show how fast or slowly these changes are happening and provide answers to key questions.

India’s Covid-19 epidemic has ballooned to over 8.18 million cases and 122,000 deaths. But, experts say, uniform data remain unavailable on the age-distribution among all the patients and the dead, the underlying health disorders among the patients, the proportion of patents hospitalised, and the district-level infections and deaths.

Such data, the experts say, can be used to probe key questions such as who is at the greatest risk of dying, what factors contribute to the deaths, how the deaths are spread over geography and time, and why some states have unusually high or low mortality.

One of the puzzles the health researchers have underlined is the near-equal case fatality rates in Kerala (0.4 per cent) and Bihar (0.5 per cent) in contrast to Punjab’s high 3.1 per cent mortality.

Multiple experts, including some guiding India’s pandemic response, believe that this paucity of information is the outcome of poor reporting by various states, leading to patchy data collection, and government departments’ unwillingness to share even whatever data are available.

“Government data at present are a black box — the health ministry appears to be holding on to huge amounts and doesn’t want to share them with anyone outside,” Gautam Menon, a senior scientist at the Institute of Mathematical Sciences, Chennai, who specialises in infectious disease modelling, told The Telegraph.

“This is tragic because there is more expertise outside the government than within it to analyse (the data).”

But experts have not just flagged the lack of enough published data but also questioned the way the recovery rate is being defined independently of the case fatality rate.

T. Jacob John, an infectious disease specialist who was formerly with the Christian Medical College, Vellore, and others have underlined that the recovery rate should be calculated simply as 100 minus the proportion who died, thus making it an outcome of the case fatality rate.

Since the case fatality rate has fallen from 2.9 to 1.49 per cent, the recovery rate by this definition would have risen marginally from 97.1 per cent to 98.5 per cent.

However, by calculating the recovery rate as recovered patients divided by all the patients — a proportion that is bound to rise with the passage of time for an illness that rarely kills — the government has been able to show a sharp but spurious improvement.

“The ratio they are using is not the actual recovery rate. It’s a pure artefact, a number that will naturally grow during the course of an epidemic,” John said.

The experts are also dismayed at the way the recovery and case fatality rate for a particular period are being calculated on the basis of the overall numbers till that period rather than solely on the numbers of cases, recoveries and deaths during that period.

However, the government’s October numbers would include the July numbers as well as the August and September numbers, making it impossible to accurately chart the rate of the improvement between July and October.

“We need to analyse the outcomes within specific cohorts of patients to assess how much mortality has declined,” said Dileep Mavalankar, a public health researcher and director of the Indian Institute of Public Health, Ahmedabad.

For instance, all the Covid-19 cases detected in July, August, September and October should form four separate cohorts, or sets, of patients. “We should look at mortality within each of these cohorts to measure by how much mortality has actually declined over the months,” Mavalankar said.

Critical-care doctors have, speaking anecdotally, reported a fall in mortality over the past six months, attributing the decline to improved management of the patients. But the experts say that more specific infection and death datasets are needed to measure such changes.

K. Srinath Reddy, president of the Public Health Foundation of India, New Delhi, and a member of the national Covid-19 task force, said that increased testing and improved case management were both likely contributors to the fall in case fatality rates.

“But to understand how improved treatment is contributing to the fall in case fatality rates, we should calculate the changes in mortality only among hospitalised cases and not all the cases,” Reddy said. “So, separate mortality data are needed for hospitalised cases.”

Even government researchers are handicapped without reliable data.

Researchers with the Indian Council of Medical Research had planned an analysis that required data on the age-distribution among patients who had died of Covid-19. But the National Centre for Disease Control, New Delhi, failed to provide the data on the ground that the incoming data from the states were patchy.

The ICMR maintains data on the tests and positive results from each state while the NCDC is expected to maintain the database of patients, including their age, underlying illnesses if any, and the disease outcomes.

“Both the ICMR and the NCDC depend on what the states enter — and not all the states enter data as diligently as everyone would like them to,” a medical researcher who is a member of the national Covid-19 task force told this newspaper.

Two senior health officials said the health ministry collected — and acted on the basis of — much more data than was being released in the public domain. One example is the data on hospital-level mortality — a critical measure of how the healthcare system is coping with the epidemic.

Although these data are not in the public domain, hospital mortality is being used to guide interventions, an official said.

Whenever the hospital fatality rate is unusually high, the health authorities immediately alert the districts or states concerned. “We have been doing this continuously,” the official said.

The official asserted that the health ministry was as transparent as it could afford to be.

“When working on public health, your aim is also not to create panic. Some people might pick on a particular parameter and cry ‘The wolf has come, the wolf has come’. We cannot afford that kind of response,” the official said.

Many researchers view the data scarcity as a missed opportunity.

“With India’s large numbers (of patients) and information technology expertise, this epidemic offered a unique opportunity for us to lead research efforts in Covid-19 data analysis,” said Oommen John, a physician and researcher at The George Institute for Global Health, New Delhi.

The potential gains from data are already visible from a giant study facilitated by state officials in Andhra Pradesh and Tamil Nadu.

Collaborating with researchers from the Centre for Disease Dynamics Economics and Policy, a non-government research think tank, the officials analysed data from more than 84,000 patients in the two states.

They noted that half the deaths had occurred within six days of diagnosis, and that transmission was high among children below 14 years —valuable insights both.

Cannot call us 'warriors' when you don't care to count deaths: doctors