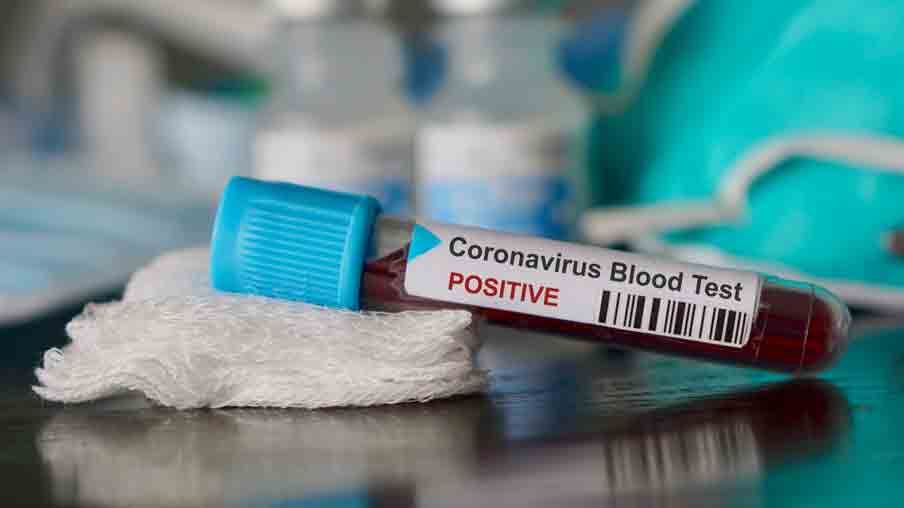 Genome sequencing of around 500 samples collected in December are being done at INSACOG labs across the country at present, sources said on Saturday during a high-level Covid review meeting chaired by a top government official amid a surge in cases in some countries.

Principal Secretary to the prime minister P K Mishra chaired the meeting with senior officials and experts to review the status of COVID-19 in the country and compliance of directions issued by the PM during the review meeting on December 22.

During the meeting, Union Health ministry officials informed that the Ministry of Commerce has been asked to monitor exports of medicinal products and equipment to China, they said.

Mishra was apprised of the evolving global scenario of the pandemic with surge in Covid observed in some countries, including China, Japan, South Korea, Singapore, Brazil etc, official sources said.

It was informed that Union Health Minister Mansukh Mandaviya chaired a virtual review meeting with health ministers of states on COVID-19 on December 23.

The focus was on enhancing awareness about Covid-appropriate behaviour, strengthening of surveillance, including ramping up of testing across the country, and uptake of coronavirus precautionary doses, they stated.

It was informed that according to the directions of the prime minister, mock drills across all health facilities were conducted on Dec 27.

All states and Union Territories participated in the drills to ensure operational reediness of Covid-dedicated facilities with specific focus on oxygen plants, ventilators, logistics and human resources.  Official sources said 21,097 facilities conducted the mock drill, of which 16,108 were government facilities. The Union Health minister personally reviewed the preparedness at Safdurjung Hospital in New Delhi, they said.  As directed by the PM, detailed guidelines for two per cent random screening of international passengers on arrival were issued and random sampling was initiated from December 24, official sources said.

As many as 1,716 international flights have been screened and 5,666 samples collected for COVID-19 testing.  Guidelines for international arrivals has been revised on December 29, and from January 1, 2023, all international arrivals from China, Singapore, Hongkong, Republic of Korea, Thailand and Japan will undergo mandatory pre-departure RT-PCR testing (to be conducted in 72 hours prior to undertaking the journey).

Air Suvidha portal has been made operational with a provision to allow passengers to submit/upload negative RT-PCR test reports as well as to submit self-declaration form.

It was apprised that a detailed advisory on COVID-19 for states was issued on December 24. An advertisement was issued in national and regional papers for awareness regarding steps being taken for Covid management in states, they said.

Monitoring of cases of SARI, ILI and similar diseases to identify early warning signals has started in states, and a weekly report for the same is being sent by states to Union Health Ministry, it was informed during the meeting.  It was also informed that strengthening of whole genome sequencing (WGS) and ensuring that larger number of samples are sent from across the country to INSACOG Network is being done, according to the directions of the PM.

Around 500 samples received during December 2022 are currently being genome sequenced by INSACOG Labs across the country, official sources said.

Officials also informed that the Union Health minister held a meeting on December 29 with representatives of pharma companies and senior officials to review the availability of medicines, and monitor their stocks and prices.

Pharma companies were asked to keep a close watch on the global supply chain scenario, and to ensure adequate stocks and availability of all drugs, including Covid drugs.

According to the directions, the Ministry of Commerce has been asked to monitor ongoing exports of medicinal products and equipment to China, official sources said.

The status of Covid vaccination was also reviewed and it was informed that more than 220 crore doses of Covid vaccine have been administered, of which 102.56 crore first dose (97 pc) and 95.13 crore 2nd dose (90 pc) have been given so far to the eligible beneficiaries.  Experts present at the meeting discussed issues regarding research of vaccines and their manufacturing in India, official sources said.

Moreover, advisory has been issued by AYUSH ministry to encourage people to use AYUSH practices to strengthen their immunity and as a preventive measure as it was done during earlier waves.  States and UTs requested wider dissemination of AYUSH advisories, guidelines and procurement and distribution of AYUSH kits, funds available under National AYUSH Mission.