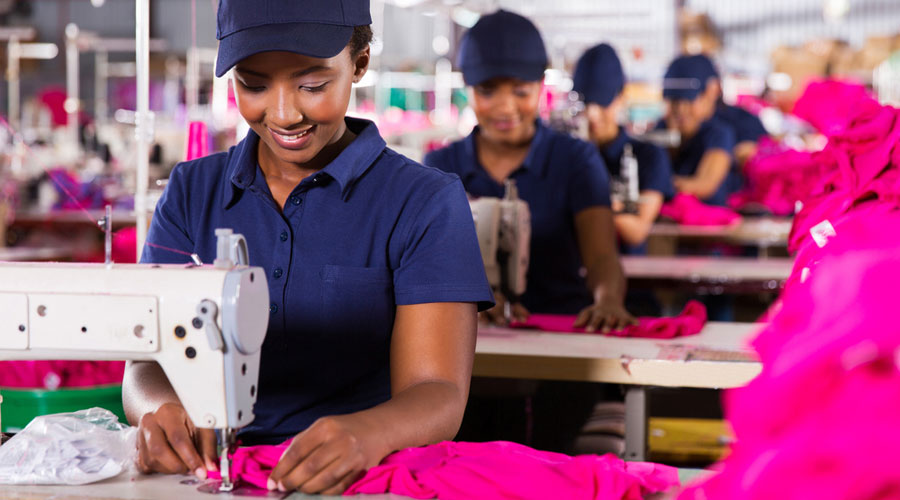 Workers say they are being offered the choice of less money or working extra shifts for free to pay back their bosses, who dangle the threat of unemployment if employees refuse.
Shutterstock
Reuters   |   Chennai   |   Published 24.10.20, 03:39 AM

From unpaid overtime to wage cuts, garment workers say they are being made to compensate their bosses for the food, shelter and salary provided in the coronavirus lockdown.

But it is a steep price for a workforce that was already juggling low pay and poor conditions before the pandemic shuttered their factories and strangulated orders.

Workers say they are being offered the choice of less money or working extra shifts for free to pay back their bosses, who dangle the threat of unemployment if employees refuse.

“They thought their employers were providing humanitarian relief during the crisis and no one was told that they would have to compensate for every meal and the money given when factories were closed.”

The “Covid cuts” have left tens of thousands of garment and textile workers across the country in deep debt,forcing many to pull children out of school, pawn jewellery and cut meals to survive, unions and labour right campaigners said.

The lockdown announced in March badly hit the manufacturing, services and retail sectors, squeezing millions out of jobs.

Despite state advisories asking employers to pay full wages in lockdown and an appeal from Prime Minister Narendra Modi to “be kind” to workers, unions said they have been flooded with complaints of non-payment.

Where wages were paid, salaries are now being docked.

“The worker will compensate for all the losses and that has been made very clear by companies,” said Sebastian Devaraj, honorary president of the Karnataka Garment Workers’ Union.

“Companies have calculated the number of extra hours a worker has to put in to compensate for lockdown wages. In one instance, it is 208 hours, of which a worker has to work 104 hours without paid overtime. They have no choice.”

The labour ministry did not respond to repeated calls for comment.

The country’s multi-million-dollar garment industry, which employs at least 12 million people, was hit when global brands cancelled orders or demanded steepdiscounts to cope with plunging sales.

K. Selvaraju, secretary general of the Southern India Mills Association, which has more than 500 members, denied the allegations and said that manufacturers had gone the extra mile to take care of workers despite their own losses.

But workers in the garment hubs of Bangalore in southern Karnataka told their union leaders that they were given a couple of options when factories reopened.

They could forgo half their April wages or work extra hours for free, Devaraj said.

“This fear has been whipped up that if workers don’t take pay cuts and work harder, running the factory would be difficult, it would be closed and they will lose their jobs,” he told the Thomson Reuters Foundation.

“Employers are basically saying that they are sinking and workers should save them or they will also drown. It is a veiled threat and workers are scared to complain.”

Lawyer Amrish Patel said that it was illegal for companies to deduct wages in retrospect and force people to do overtime.

“These are blatant violations of labour rights,” said Patel.

A worker in Tamil Nadu, who requested anonymity, said the salary cuts swallowed nearly 20 per cent of her take-home pay.

“It has become almost impossible to pay school fees or the instalments for the loans we took during lockdown,” she said.

Gajera gets distress calls from workers in the garment hubs of Gujarat everyday.

“They don’t want to upset their employer but they are unable to put two square meals on their table,” Gajera said.

“Their distress is mounting and complaints will surge if they are not paid their dues by Diwali next month.” Reuters