FIR slapped on Kannan, but he won’t rejoin IAS 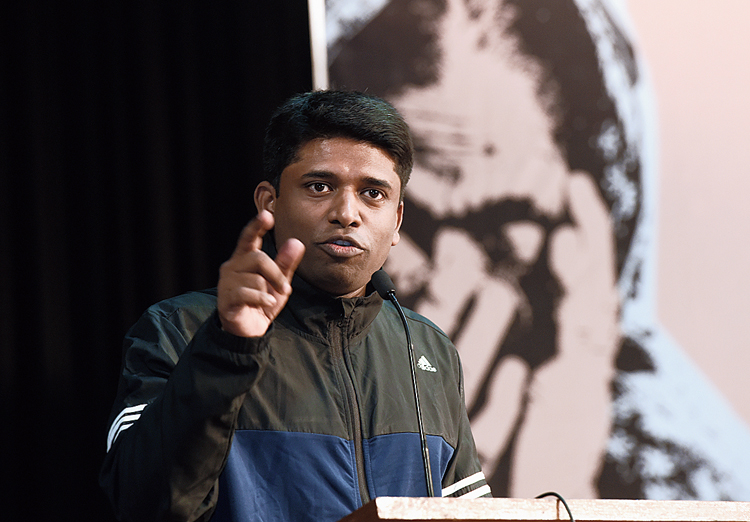 A police case has been registered against Kannan Gopinathan, who resigned from the Indian Administrative Service (IAS) last August, for not joining duty as directed by the government amid the coronavirus pandemic.

In response, Gopinathan, who has turned to civil rights activism after tendering his resignation from the IAS over “denial of freedom to the people of Jammu and Kashmir”, took a swipe at Union home minister Amit Shah.

“Ah! Another FIR. For not resuming duty it seems. Come on @AmitShah! This desperate. I resigned like 8 months back. Though I wholeheartedly volunteer to serve wherever I am required in this crisis, let me tell you this again, NOT REJOINING IAS! Got it?” Gopinathan, 33, tweeted.

The FIR against him was registered on April 21 under the Epidemic Diseases Act and the Disaster Management Act at Moti Daman police station in the Union Territories of Daman and Diu, and Dadra and Nagar Haveli, the police said.

Gopinathan is also facing a charge under Section 188 of the IPC for refusing to obey a government order, said police inspector Liladhar Makwana.

“Based on a complaint by superintendent of personnel H.K. Kamble, an FIR has been registered against Gopinathan for not resuming his duty in the wake of the coronavirus pandemic,” the officer said.

On April 9, the Union Territory’s administration, to which Gopinathan was attached before offering to quit, had sent a communication to him, asking him to join duty on the ground that his resignation had not been accepted yet.

Gopinathan had termed the letter an act of harassment and refused to join duty, saying he was ready to offer his services amid the Covid-19 crisis as a common citizen.

“But as I have already resigned from the IAS, my services won’t anymore require the tag of an IAS officer, or the perks and salary that it entails. I provide my service voluntarily as a free and responsible citizen of this country,” he had said in his written response.

Gopinathan had submitted his resignation to the Union home ministry on August 21 following the scrapping of Jammu and Kashmir’s special status and the unprecedented clampdown that followed.

Gopinathan had been serving as secretary, power department, of the Union Territories of Daman and Diu, and Dadra and Nagar Haveli. PTI