Jaitley brings in new CEA: a demonetisation backer and guided by Raghuram Rajan

Demonetisation was 'revolutionary', according to K Subramanian, who has done his PhD under Raghuram Rajan 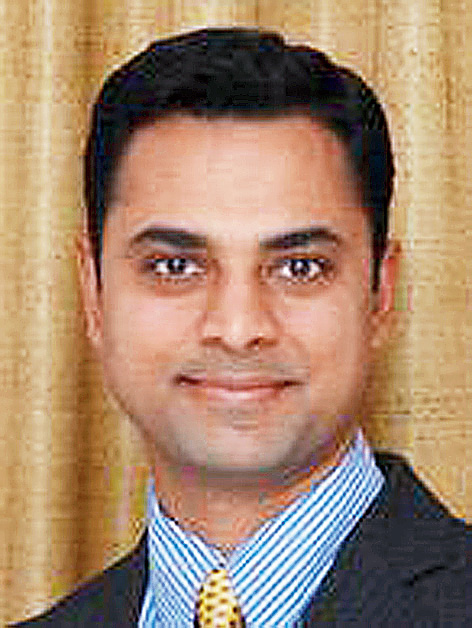 Krishnamurthy Subramanian: Close to the BJP, but does not tick all the boxes advocated by the swadeshi brigade
The Telegraph picture
Jayanta Roy Chowdhury   |   New Delhi   |   Published 07.12.18, 11:15 PM

Finance minister Arun Jaitley has persuaded the government to pick as chief economic adviser Krishnamurthy Subramanian, an economist who is considered ideologically close to the BJP but does not tick all the boxes advocated by the swadeshi brigade.

Subramanian, who shares his surname with his predecessor Arvind Subramanian, is an associate professor at the Hyderabad-based Indian School of Business and a banking expert.

“Krish” Subramanian, who had described the demonetisation as “revolutionary in the annals of the country’s fight against corruption” in an article in 2016, is an alumnus of the Indian Institute of Management in Calcutta and is known among fellow economists and financial professionals as a right-wing thinker.

The multi-lingual professor, who speaks Tamil, Bengali, Telugu, Hindi, Sanskrit and English, was Jaitley’s choice for the top job and has been preferred over two other candidates.

Subramanian holds a bachelor’s degree in electrical engineering from the Indian Institute of Technology in Kanpur and obtained his MBA and PhD in financial economics from the University of Chicago Booth School of Business under the tutelage of former RBI governor and CEA Raghuram Rajan. The new CEA has a strong understanding of the problems that plague India’s banking sector.

In 2015, Subramanian co-authored a paper with RBI deputy governor Viral Acharya that said that unless Indian public sector banks raised “significant capital in the next five years”, their balance sheets would “shrink alarmingly” and they would fall short of Basel-III standards.

Before beginning his academic career, Subramanian worked as a consultant with JPMorgan Chase in New York and served in a management role in the derivatives research group at ICICI Ltd.

The Swadeshi Jagran Manch, which had led a smear campaign against Rajan when he headed the RBI and against former chief economic adviser Arvind Subramanian, taunting them for their “foreign alignments” and “lack of knowledge about India”, declined comment on the new appointment.

Ashwini Mahajan, co-convenor of the SJM, said: “We have to see what his thinking is like. Being foreign-trained is not what we are against. It is adapting one’s thinking to a foreign thought process that we do not support.”

Five months ago, Arvind Subramanian had revealed that he would not seek a renewal of his contract.

At that time, Mahajan had told The Telegraph: “We have requested Prime Minister Narendra Modi to ensure that the next incumbent is someone who has faith in farmers, workers and entrepreneurs of Bharat and is not on a sabbatical from a foreign university.”

The SJM was believed to be more comfortable with Sanjeev Sanyal, principal economic adviser in the finance ministry, a financial economist who has written a book on history, Ocean of Churn, which Sangh parivar supporters claim is supportive of their views on the origin of the Aryans and the importance of Hindu rulers.

Finance ministry sources said that Jaitley had also considered the names of Poonam Gupta of the World Bank and Sajjid Chinoy of JPMorgan.

The Sangh parivar wasn’t comfortable with Gupta’s association with the World Bank or Chinoy’s connection with JPMorgan, which is an adviser to many top Indian firms.

No one really had deep misgivings about Subramanian. What went in his favour was his vigorous support for the demonetisation, the sources said.

The BJP and Jaitley were quite happy with his criticism of the RBI’s regulatory failure in the Nirav Modi scam and his support for market economics.

“Jaitley anyway has always had a great deal of faith in the academic bona fides of south Indian scholars and preferred them in his team…. It was not surprising that he chose Krish over Gupta,” said a North Block official.

“He has a good reputation as a financial expert and a market economist and seems to have ticked all the right boxes. I am not surprised by the choice,” said Biswajit Dhar of JNU.

However, other economists and officials said Subramanian’s appointment had broken with a tradition of appointing well-known macro-economists to the crucial position. The CEA’s job is to advise the government on a range of economic policies that will affect people’s welfare and suggest ways to ensure the country’s macro-economic stability.

Subramanian has served on expert committees on the governance of banks for the RBI and on corporate governance for the Securities and Exchange Board of India.

He is a member of Sebi’s standing committees on alternative investment policy, primary markets, secondary markets and research.

Subramanian serves on the boards of Bandhan Bank, the National Institute of Bank Management and the RBI Academy.

Demonetisation is the 'bitter medicine' to treat corruption: Narendra Modi