Trolley Times, a Punjabi-Hindi periodical that calls itself the 'voice of the kisan protest', has been an enduring hit 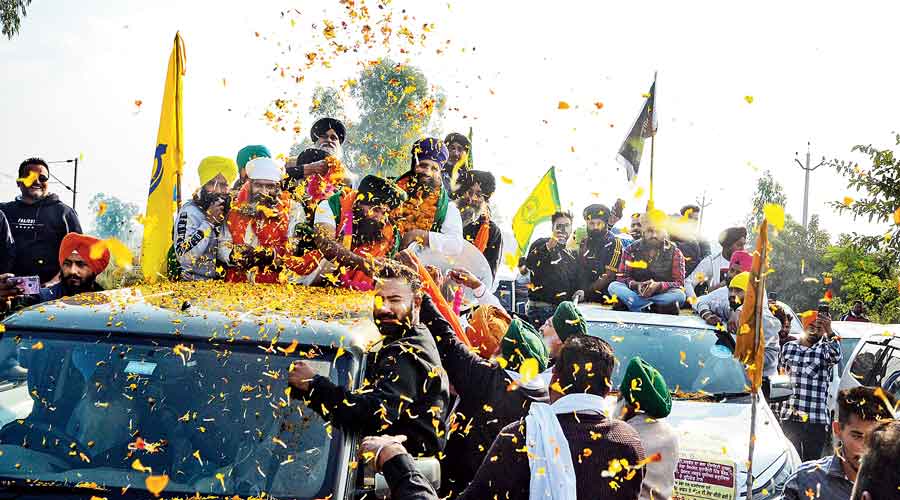 The main newsletter published from one of the farmers’ protest sites on Delhi’s borders is likely to become an exclusively digital platform after the victorious end to the agitation.

Trolley Times, a Punjabi-Hindi periodical that calls itself the “voice of the kisan protest”, has been an enduring hit, getting translated into several languages and circulated at the solidarity protests held in other parts of the world.

In print since September 18 last year, 7,000 copies of its 22nd edition hit the trolleys on Friday with eight pages of articles, essays and poetry.

Co-editor Navkiran Natt, one of the seven progressive youths who started it, said they would continue to champion the farmers’ cause and other struggles through videos, podcasts and articles on their website and across social media.

“The protest sites were our natural distribution centres. Now our readers will be scattered in their villages where they will continue to want to know about issues that affect them but which the mainstream national media does not talk about,” she told The Telegraph.

“We may drop the print versions or have a biannual magazine. But we will follow the multimedia model with interviews and articles through videos and podcasts.”

It started as a twice-a-week paper and later became a weekly before going entirely online for several months during this year’s Covid wave, when Natt too was down with the virus.

The print editions, however, remained its flagship as they were the most accessible to farmers at the protest sites across generations.

“We naturally faced harassment, which we were mentally prepared for as activists of this movement,” Natt said.

“After the incidents of Republic Day, the police questioned people known to me in an attempt to frame us in the toolkit case. They backed off after the Samyukta Kisan Morcha spoke out in our support and leaders of the Left parties met officials.”

Delhi police had arrested 22-year-old Disha Ravi from Bangalore for contributing to an information toolkit in support of the farmers’ agitation that had been shared by young Swedish climate champion Greta Thunberg.

A court rapped the cops after they failed to produce evidence to back their claims of Ravi’s links with alleged Khalistani separatists, whom the police accused of violence during a farmers’ march in Delhi on Republic Day. Ravi is out on bail, and the police have not filed a chargesheet.

Trolley Times faced an initial controversy after it published an article by Sukhpreet Singh Udhoke, considered by some as a Khalistani ideologue, in its inaugural edition to dispel the notion that it was solely a communist newspaper.

Natt and several others involved in the paper are members of the CPIML Liberation or its mass organisations.

“Most of us in Trolley Times stayed at Tikri for several months. I was living there until I had Covid in May,” Natt said.

“Wherever we feel there is any movement that is not being covered and on which we can do some unique work, we will be there. I plan to remain in activism and this newsletter is part of our activism.”

English versions of Trolley Times have been available online, and some of its editions or articles have been translated into Bangla, the Shahmukhi script of Punjabi used in Pakistan, and in Marathi, Malayalam and French.

The publication has been circulated at diaspora solidarity gatherings in the US, Canada and New Zealand. The latest edition has contributions from University of Copenhagen historian Ravinder Kaur, and Pakistani Punjabi writer Maqsood Saqib.