Advertisement
Home / India / Prasad: How come demands are raised to free those behind bars?

Prasad: How come demands are raised to free those behind bars?

On Friday, the former Union minister tweeted a quote from the Prime Minister’s speech announcing the decision to repeal the three contentious farm laws 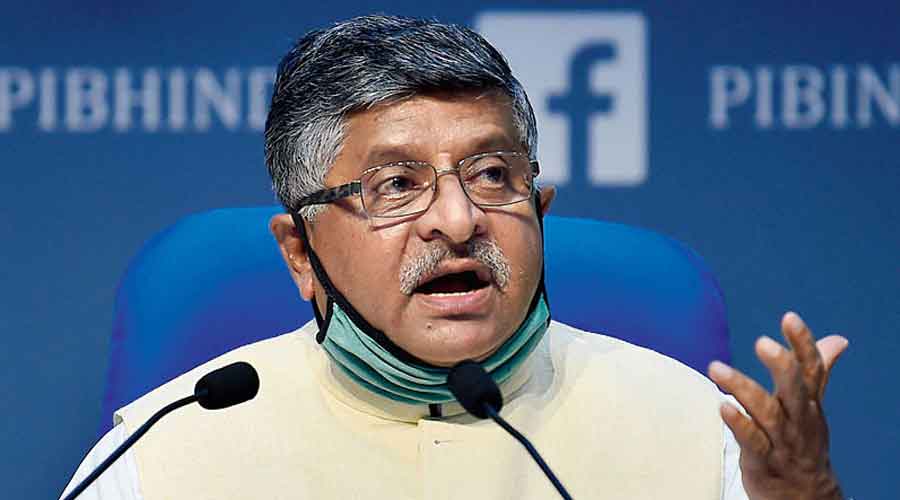 Piyush Goyal, Union minister; leader of the House in the Rajya Sabha

Last December, Goyal told the annual Ficci meeting: “We now realise that the so-called farmer agitation hardly remains a farmers’ agitation. It has almost got infiltrated by Leftist and Maoist elements, a flavour of which we saw over the last two days when there were extraneous demands to release people who have been put behind bars for anti-national… who have been put behind bars for illegal activities.”

Goyal tweeted on Friday: “PM @NarendraModi ji’s announcement on farm laws reflect his unflinching commitment to the welfare of our annadaata (food giver).”

Responding to the BKU (Ekta Ugrahan)’s call for the release of political prisoners on Human Rights Day (December 10) last year, Prasad — then law and justice minister -—told a meeting of farmers organised by his party in Bakhtiarpur, Bihar: “(The) tukde-tukde gang is using the shoulders of farmers to fire on the country’s unity and integrity. How come demands are raised to free those behind bars for rioting in Delhi and Maharashtra? Strong action will be taken against them.”

On Friday, Prasad tweeted a quote from the Prime Minister’s speech announcing the decision to repeal the three contentious farm laws.

In a speech made shortly before the Lakhimpur Kheri massacre last month, Mishra purportedly said: “Face me, it will take just two minutes to discipline you fellows…. I am not only a minister or an MP and MLA.... People who knew me even before I became a parliamentarian know that I never run away from challenges. The day I accept a challenge you will all have to leave not only Palia (a place in the district where farmers had shown black flags to Mishra) but Lakhimpur itself.”

Days later, a Thar jeep owned by him allegedly led a convoy in mowing down four farmers, for which his son has been arrested.

Today, in Puranpur in Pilibhit, UP, for 'Lakhimpur Nyay Mahapanchayat'.

Struggle for justice in Lakhimpur Kheri Farmers' Massacre will continue until Ajay Mishra Teni is dismissed and arrested, and all culprits are sentenced for their murderous attack on innocent farmers. pic.twitter.com/GmobtsZQk1

At the inauguration of a health centre in his district of Jalna in Maharashtra last December, Danve said: “The agitation that is going on is not that of farmers. China and Pakistan have a hand behind this. Muslims in this country were incited first. What was said? That NRC is coming, CAA is coming and Muslims will have to leave this country in six months. Did a single Muslim leave? Those efforts didn’t succeed and now farmers are being told that they will face losses. This is the conspiracy of other countries.”

On Friday, Danve re-tweeted Modi’s speech and posts from the official handles of the BJP and party president J.P. Nadda.

An elderly farmer is flung onto the bonnet of the Thar jeep after being hit by it in Lakhimpur Kheri on October 3.
File photo

Among them were actors Akshay Kumar and Ajay Devgn, former and current cricketers Sachin Tendulkar and Virat Kohli, table tennis star Manika Batra and athlete P.T. Usha. They were called out by a few other sportspersons such as tennis player Somdev Devvarman and cricketers Irfan Pathan and Manoj Tiwary.