The attack, which took place on February 14 last year had brought India and Pakistan to the brink of war 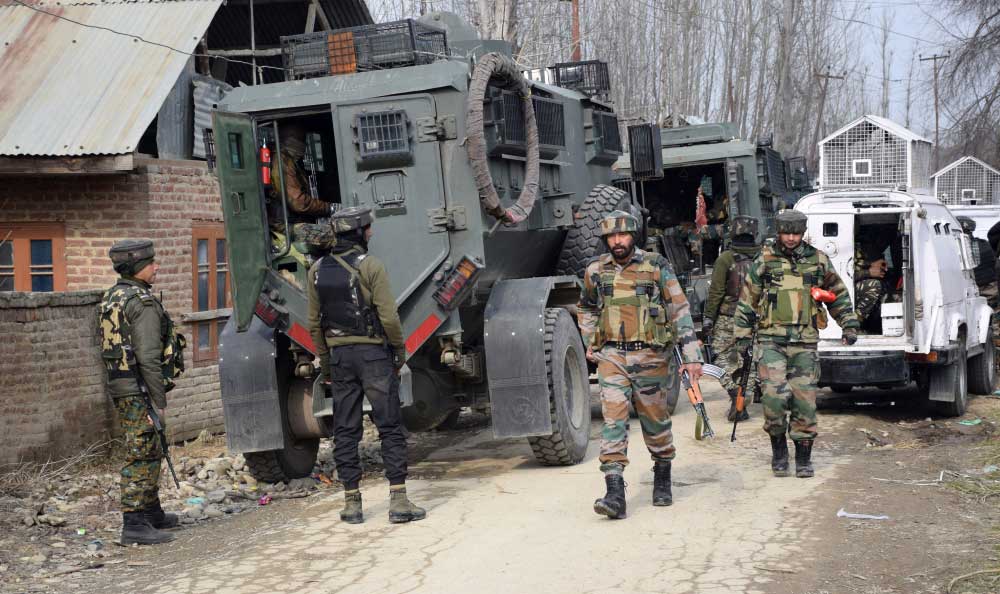 A 23-year-old local woman and her father were arrested on Tuesday by the National Investigation Agency in connection with last year’s Pulwama terror attack in which 40 CRPF personnel were killed.

The arrests came more than a year after the attack, during which period five key Jaish-e-Mohammed militants allegedly involved in the planning and execution of the terror strike were eliminated.

The family of the father-daughter arrested on Tuesday claimed that the two were innocent and had no role in the attack.

An NIA spokesman said Insha Jan, 23, and her father Tariq Ahmad Shah, 50, were arrested from their home at Hakripora village in Pulwama for facilitating “all the terrorists involved in the attack at his house” by “sheltering” them and helping them plan “the heinous attack on the CRPF convoy”.

The attack, which took place on February 14 last year, weeks ahead of the parliamentary polls, had brought India and Pakistan to the brink of war.

The probe into the attack had reached a dead end as the security forces had succeeded in killing the five militants allegedly involved in the conspiracy and execution but had failed to arrest any person with direct involvement.

The forces had claimed a breakthrough last week when the NIA arrested Pulwama youth Shakir Bashir Magrey, a furniture dealer, who had allegedly tracked the movement of CRPF convoys and helped assemble the bomb used in the attack.

The NIA spokesman claimed that Shah, a tipper driver and father of three, had during questioning disclosed that his house at Hakripora in Pulwama was used by Adil Ahmed Dar, the suicide bomber, three Pakistanis — Mohammad Umar Farooq, an IED maker, Kamran and Mohammad Ismail alias Adnan — and a local, Sameer Ahmad Dar.

“Accused Tariq Ahmed Shah facilitated all the terrorists at his home for sheltering and for planning of the heinous attack on the CRPF convoy. His house was also used by the above mentioned terrorists for preparing and recording of video of fidayeen Adil Ahmed Dar, which was released by the Jaish-e-Mohammad soon after the Pulwama attack,” the spokesman said.

The NIA spokesman said Shah’s daughter Insha had “facilitated the terrorists at their home and provided food and other logistics during their stay on more than 15 occasions for two-four days each time”.

“The initial interrogation has revealed that Insha Jan was in constant touch with Mohd Umar Farooq, Pakistani IED maker, and was in communication with him over telephone and social media applications,” the spokesperson said.

Insha’s mother Naseema Begum claimed that her husband and daughter were innocent and had no links with militants.

Naseema told reporters in Pulwama that the police had raided their home recently but no arrests had been made then. She said another team raided the house on Tuesday and picked up her husband and daughter.

“I pleaded before them to at least release my daughter. Initially they had promised to release her but when we went to the police station they refused,” she said.

In response to a question whether they had given shelter to militants, Naseema said insurgents forcibly entered the houses of locals but did not confirm if the Pulwama attackers had taken refuge in hers.