Advertisement
Home / India / Extension of odd-even scheme to be decided on Monday: Kejriwal

Extension of odd-even scheme to be decided on Monday: Kejriwal 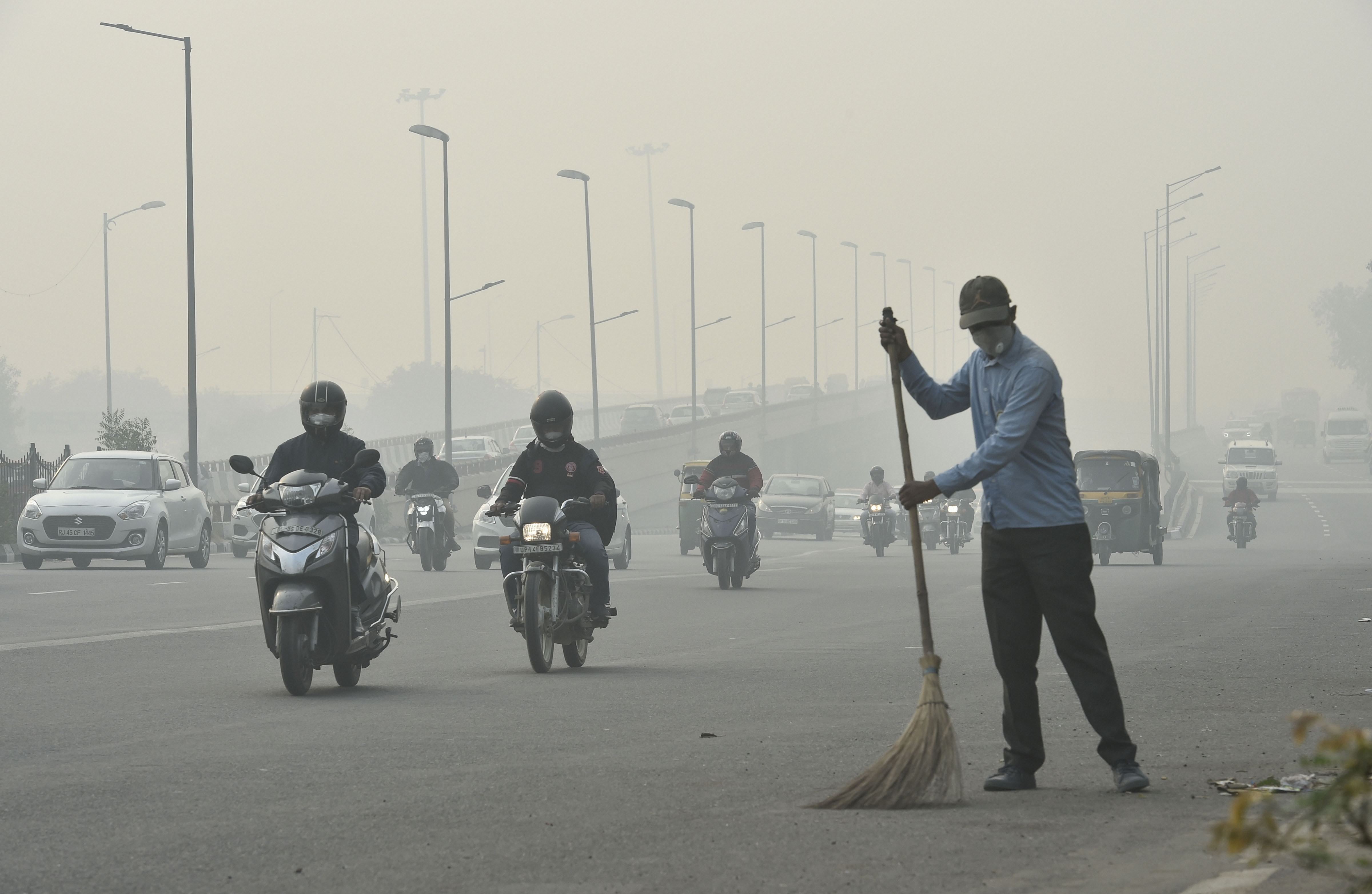 Delhi chief minister Arvind Kejriwal said a final call on extending the odd-even scheme would be taken on Monday.

The overall air quality index (AQI) in Delhi was 552 at 2 pm, according to Safar, ministry of earth sciences' air quality monitor.

'We do not want people to undergo unnecessary inconvenience,' Kejriwal said at a press conference in New Delhi on Friday.

The road-rationing scheme, rolled out on November 4, ends on Friday.

A thick layer of toxic smog has enveloped Delhi for the fourth consecutive day, leaving scores of people with a soar throat, itchy eyes, breathing problems and dry cough.

The high pollution can be attributed to low wind speed, which has led to stagnation of pollutants in the air and slowed down the dispersion process, authorities said.

Levels of PM 2.5 and PM 10 were nearly eight times higher than normal at several locations. Schools remained closed on Friday as the thick smog enveloped Delhi and neighbouring cities.

The AQI at Anand Vihar and Dwarka, ITO were 480, 496 and 484, respectively, at 2 p.m, according to data from CPCB and Skymet, a private weather forecast company,

The CPCB website could not determine the AQI for IGI Airport, which was believed to be quite high, citing 'insufficient data'. However, the data from Skymet showed the air quality at Terminal 1 was 674.

Similarily, for the Lodhi Road area, Skymet showed the AQI to be 497. CPCB could not compute the AQI due to 'insufficient data'.

Scattered rainfall is expected over Punjab due to the western disturbance. It is likely to lead to very low stubble burning incidents over the next two days, the System of Air Quality and Weather Forecasting And Research (Safar) said.

'Also, transport-level wind direction is not favourable for intrusion. Hence, stubble contribution is estimated to reduce significantly by tomorrow to around 5 per cent,' it said.

Kejriwal said air quality may improve in the coming day. 'Air quality is predicted to improve over the next two-three days. A final call on extending the odd-even scheme will be taken on Monday,' he said

An increase in wind speed is forecast for Saturday. It may slightly improve the air quality, but it will still remain in the very poor category.

'Further improvement is expected by Sunday,' the Safar said.

On Thursday, a number of children had written to Prime Minister Narendra Modi seeking his urgent intervention to mitigate the air-pollution crisis, which has led to a health emergency-like situation.

Meanwhile, top officials of the environment ministry, Delhi Development Authority (DDA) and municipal commissioners stayed away from a key meeting of a parliamentary panel held on Thursday on the issue of severe pollution in the national capital, sources said.

According to sources, members present at the meeting of the Parliamentary Standing Committee on Urban Development were upset with those absent and plan to raise the issue with the speaker.

They asked junior officials to convey to their seniors that they should have attended the meeting, sources said.

The officials who skipped the meeting included top officials of the environment ministry, DDA and municipal commissioners, they said.

The questions that the members were planning to raise included: As there are about 50 lakh cars on the roads in Delhi, is the government coming up with any sort of carpool policy or regulation?

Another question was that as per the Union government, Rs 1,150 crores were given by the Centre to the states in the last one year to combat air pollution along with 14,000 machines. Does the government have a quantitative and qualitative utilisation report of the money disbursed?

The third question to be raised pertained to the Supreme Court's recent observation that everybody ranging from the secretary to the gram pradhan will be held responsible for losses due to air pollution. Does the government, in this regard, intend to define and fix responsibility through an internal mechanism?