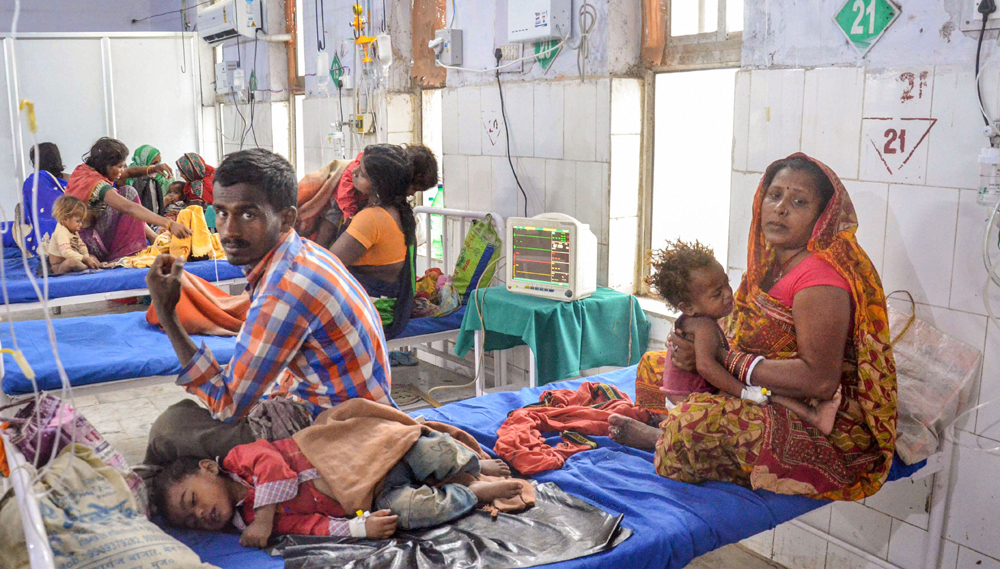 The Union health ministry has asked a multi-disciplinary panel of experts to help Bihar combat an outbreak of acute encephalitis syndrome (AES) that has killed more than 80 children.

The panel will establish a research centre in worst-hit Muzaffarpur to probe the cycle of the disease and the environmental, weather and other factors that might influence its outbreaks, the ministry said.

Parts of Bihar and western Uttar Pradesh have been struggling with encephalitis outbreaks for over a decade. Although the outbreaks were initially attributed to Japanese encephalitis, a viral infection, they were later identified as unexplained encephalitis and classified as AES.

AES is a wider spectrum that includes Japanese encephalitis and a host of other forms of encephalitis caused by various viruses, bacteria, fungi, parasites, spirochetes, chemicals and toxins. Often, the cause remains unknown.

“There’s an urgent need for an inter-disciplinary, high-quality research team to establish the cause of the disease,” Union health minister Harsh Vardhan said on Monday.

He said five virology laboratories would be set up in Bihar, their locations to be decided in consultation with the state government.

The minister has also asked the state to post teams of doctors to health centres at least three or four months before the expected outbreaks.