‘No business took place and the session was wasted’ 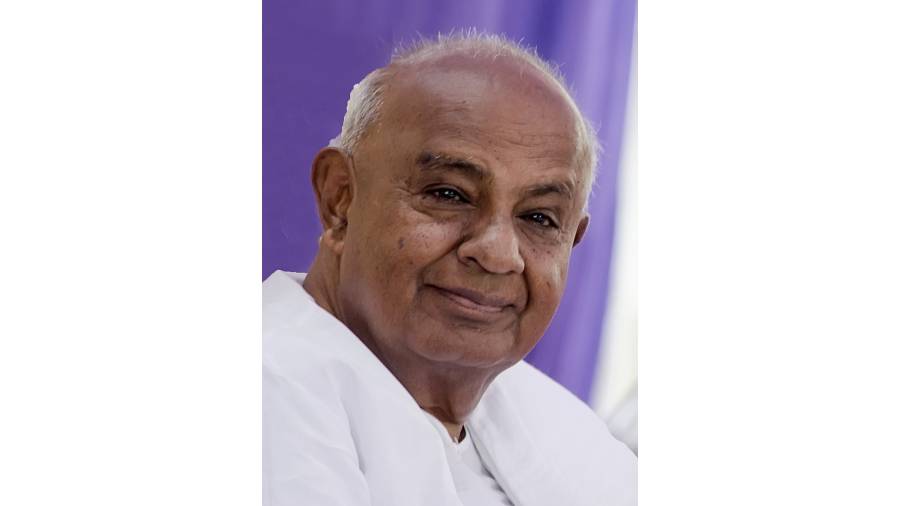 Former Prime Minister H D Deve Gowda on Sunday rued the unruly scenes in the Rajya Sabha and wastage of the recently concluded Parliament session without any debates on issues affecting people, saying he had not seen anything like it in his 30 years as a parliamentarian.

After the conclusion of the monsoon session on August 11, he met the opposition leaders and asked them what they had achieved as none of the issues affecting the people was discussed, Gowda said.

"I was not allowed to speak during the monsoon session due to the ruckus by members of the ruling and opposition parties. No business took place and the session was wasted," the JD(S) leader told reporters at the party office here.

On the unruly behaviour of parliamentarians in the Rajya Sabha, he said, "I am disgusted with the behaviour of the ruling party, as well as the members of the opposition... People danced on the table in the well the house. In my 30 years as a parliamentarian, I have never witnessed any incident like this."

Such behaviour was not good for society because it showed the degeneration of democratic values and was an insult to the great people who fought for the freedom of the country, he said.

Vice President M Venkaiah Naidu had suspended four TMC MPs on August 4 for the rest of the day for creating a ruckus over the Pegasus spying issue.

Gowda said his party would launch a state-wide campaign after the conclusion of the legislature session on September 24, to resolve the water disputes in the state, including that pertaining to the Krishna and Mahadayi rivers and the Mekedatu balancing reservoir project across the river Cauvery. He said

Karnataka Chief Minister Basavaraj Bommai had spoken to NCP chief Sharad Pawar and other BJP leaders in a bid to find a solution to the Krishna and Mahadayi water sharing dispute between the state and Maharashtra.

Regarding the Mekedatu issue, he said some leaders from Tamil Nadu he had spoken to had advocated a reservoir on the Cauvery river at Hogenakkal on the Karnataka-Tamil Nadu border, and not Mekedatu in Ramanagara district.

The former PM said only a regional outfit like JD(S) could find a solution to these two river water disputes and not any national party.

He said Congress leader Rahul Gandhi needed to 'walk the extra mile' to hone his political skills and wondered what he had achieved by taking out a bicycle rally recently to protest the hikes in fuel prices.

To a question on his recent meeting with Bommai, Gowda said he assured him support on various issues.