'Action taken must be communicated to the commission within seven days' 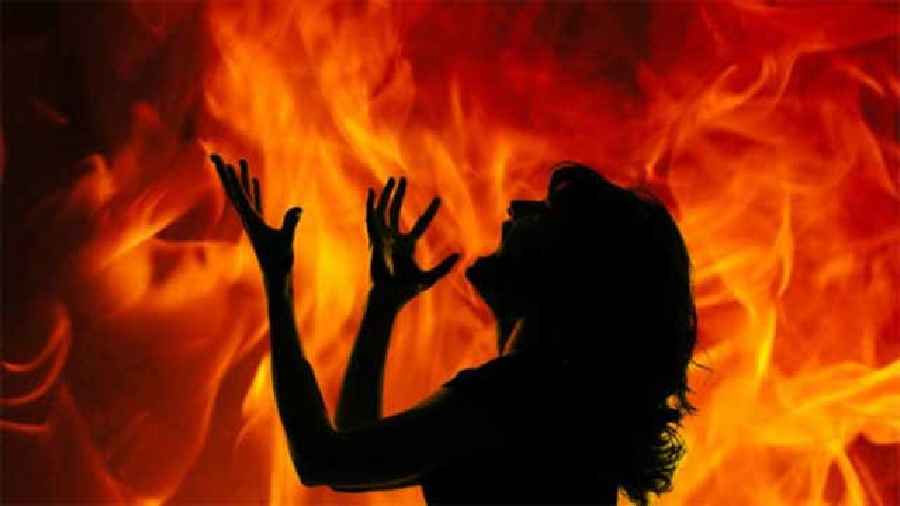 The National Commission for Women on Monday said it has written to the Jharkhand Police chief, calling for a fair investigation into the death of a woman who was set ablaze by a man for not reciprocating his overtures.

The NCW also sought an action taken report from the police within seven days.

"The incident happened took place in Dumka district on August 23. The accused, identified as Shahrukh, allegedly poured petrol on the woman, aged 19 and a student of Class 12, from outside the window of her room when she was sleeping and set her on fire," according to police.

The woman, who was undergoing treatment at Ranchi's Rajendra Institute of Medical Science (RIMS), died in the early hours of Sunday.

"The National Commission for Women has come across media reports wherein a woman was set on fire in Jharkhand's Dumka after she rejected the accused's proposal...

"The Commission is anguished with the reported crime and has taken cognisance of the matter. Chairperson Rekha Sharma has written to Director General of Police, Jharkhand to look into the matter and to ensure that a fair investigation is accomplished (conducted) in a time-bound manner," the apex women's rights body said in a statement.

"A copy of the letter has also been sent to the superintendent of police of Dumka. Action taken must be communicated to the commission within seven days," it said.

The accused in the case has already been arrested.