Editors Guild writes to IT minister on 'fake news' rules 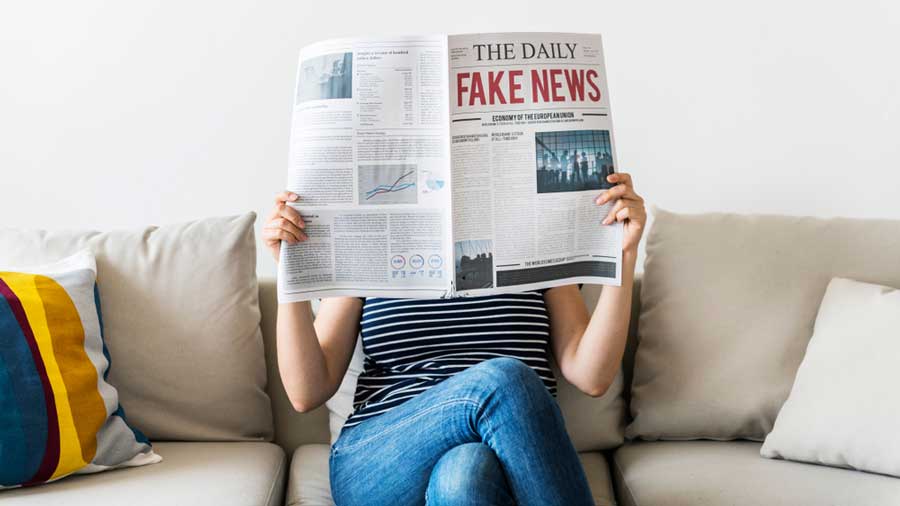 Billing the move as Orwellian, the Guild said: “The amendment is in itself an illegal move as the PIB has no constitutional authority to be a regulator of the press in any capacity.”
Representational picture
Our Special Correspondent   |   New Delhi   |   Published 25.01.23, 03:27 AM

The Editors Guild of India on Tuesday urged IT minister Ashwini Vaishnaw to "expunge" the draft amendment to the Information Technology (Intermediary Guidelines and Digital Media Ethics Code) Rules 2021, which extends sweeping powers to the Press Information Bureau (PIB) to determine "fake news".

Billing the move as Orwellian, the Guild said: "The amendment is in itself an illegal move as the PIB has no constitutional authority to be a regulator of the press in any capacity."

Last week, the IT ministry had put the draft amendments to the IT Rules in the public domain for consultations. One of the amendments tasks the PIB’s fact-check unit with identifying fake/false news in any reportage relating to the Union government.

Making use of the IT ministry’s invitation to the public and stakeholders to respond to the amendments by January 25, the Guild in its letter to the minister noted: "At the outset, determination of fake news cannot be in the sole hands of the government and will result in the censorship of the press. Already multiple laws exist to deal with content that is found to be factually incorrect.

"This new procedure basically serves to make it easier to muzzle the free press, and will give sweeping powers to the PIB, or any 'other agency authorised by the central government for fact checking', to force online intermediaries to take down content that the government may find problematic. Further, the words 'in respect of any business of the central government' seems to give the government a carte blanche to determine what is fake or not with respect to its own work. This will stifle legitimate criticism of the government and will have an adverse impact on the ability of the press to hold governments to account, which is a vital role it plays in a democracy."

The Guild reminded the ministry that the PIB's mandate was to disseminate information on the government's policies, programmes, initiatives and achievements. Thus, according to the Guild, giving the PIB sweeping regulatory powers is "illegal and unconstitutional".

Citing the Shreya Singhal vs Union of India case on online speech and intermediary liability, the Guild said the amendment was in violation of procedures for blocking content that was put in place by the Supreme Court in its judgment. This apart, the proposed amendment goes far beyond the mandate of Section 69A of the IT Act, which empowers the ministry to take down content in certain enumerated and specific conditions, the Guild said.

The Indian Newspaper Society (INS) has expressed concern at the draft amendments proposed to the Information Technology Rules 2021, in particular to Clause 3 (1) (b) (v), which identifies the PIB or other agency authorised by the central government as the body responsible for checking the accuracy of reports appearing on any social media intermediary in respect of any business of the central government.

By its own definition, the PIB "is the nodal agency of the Government of India to disseminate information to the print and electronic media on government policies, programmes, initiatives and achievements", the INS pointed out.

By legislating to become a judge in its own cause, the government, through a proposed amendment to a set of rules which have otherwise also caused concern, is taking a step to effectively muzzle criticism and even fair comment, it added.

The INS requested the electronics and IT ministry to drop the proposed amendment and asked it to initiate consultations with the stakeholders to create a mechanism which, while ensuring the accuracy of reports about the government's business on media sites, meets the highest standards of fairness and due process. The PIB or an agency of the central government is ill-equipped to play this role, it added.