Varsha has asked for a compensation of Rs 13 crore besides Rs 2 crore towards medical expenses and a monthly maintenance of Rs 50,000 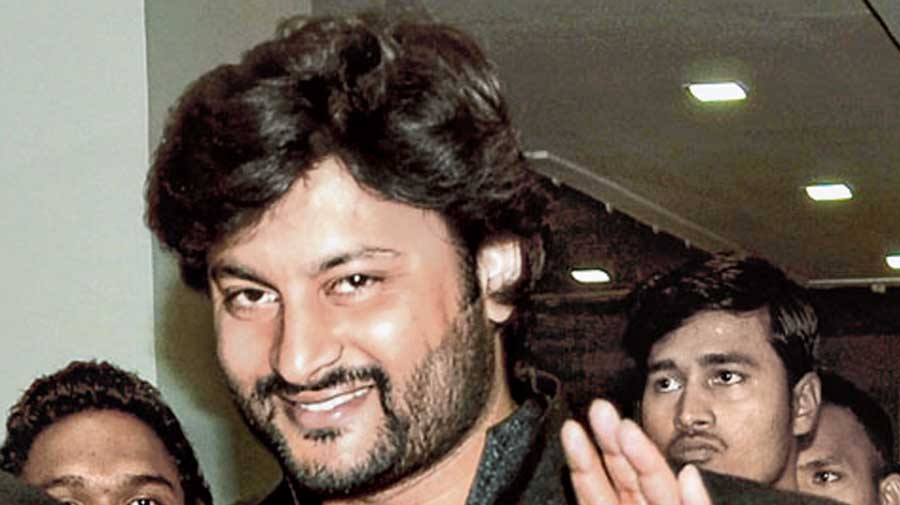 A local court in Cuttack on Monday deferred to October 12 the hearing on the domestic violence case filed by leading Odia actress Varsha Priyadarshini against her actor-turned-politician husband Anubhav Mohanty, the sitting BJD MP from Kendrapara.

Varsha’s case was filed under Section 12 of the Protection of Women from Domestic Violence Act, accusing the MP of assaulting and harassing her. Varsha has asked for a compensation of Rs 13 crore besides Rs 2 crore towards medical expenses and a monthly maintenance of Rs 50,000.

Varsha’s lawyer Rama Krushna Rath told reporters: “The case will be taken up by the court after the district protection officer (DPO) submits the domestic incident report to the court. After receiving the report, the court will serve a notice to MP Anubhav Mohanty. Once all the legal procedures are completed, the hearing will commence. As per the schedule, the court will take up the case on October 12.”

Varsha Priyadarshini
Sourced by The Telegraph

Earlier, Mohanty had told the media he was yet to get a legal notice in the matter.

The DPO has contacted Mohanty, but is yet to record his statement on the allegations made by Varsha. However, the DPO has recorded Varsha’s statement.

Varsha has decided to approach the Supreme Court, seeking transfer of the divorce case filed by Mohanty in the Patiala House court to Odisha to make it easier for her to appear before the court.

“She cannot afford to travel to Delhi to attend the case regularly. It would be easier for her if the case is taken up at the family court in Cuttack,” Rath said.

Anubhav had filed a case at the family court in Patiala, Delhi, seeking divorce and alleging that Varsha had failed both as a wife and daughter-in-law. Anubhav’s case is scheduled to be taken up on October 7.

As Anubhav has been a star campaigner for the BJD, the issue has given Opposition an opportunity to train its guns on the ruling party and its president, chief minister Naveen Patnaik.

While the Congress targeted Naveen on the issue, the BJP Mahila Morcha burnt Mohanty’s effigy and demanded his resignation. “We want to know why the chief minister is maintaining a stoic silence on the issue? The BJD talks of respect for women but the party’s MP has been torturing a woman. BJD should sack Anubhav from the party,” BJP women wing president Smruti Patnaik said.

Speaking to the media for the first time on the issue, Anubhav said, “Varsha still lives in our house and at this point if someone speaks of domestic violence, I have nothing to say. I will leave it to the court. I respect her as a woman. It’s a personal matter. Since the matter could not be resolved, we moved the court. I have full faith in the court and will respect the decision of the judiciary.”

On her part, Varsha spoke about truth prevailing finally in a post on her social media account.

“Truth can never remain hidden. One should fear God before blaming someone with fake and false allegations. I have complete faith in my almighty. Nothing above law. I need blessing of each and everyone in this toughest time which I am going through. Trying to break the silence.”