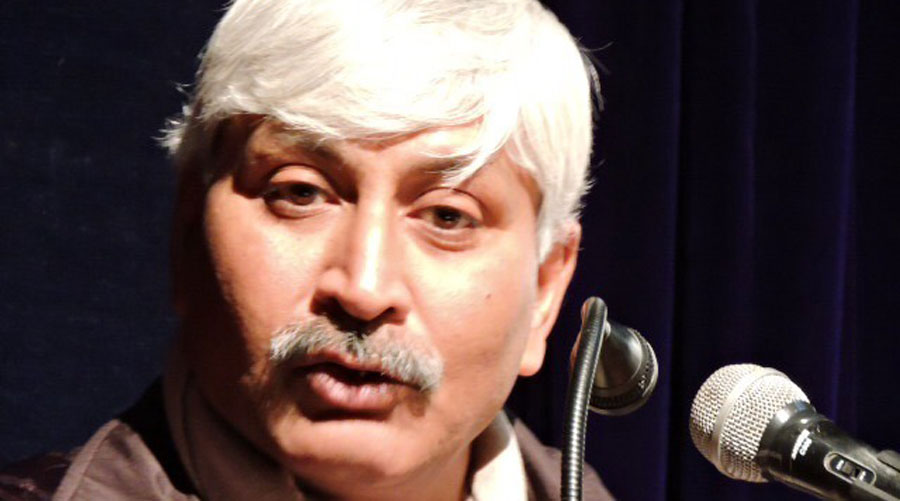 More than 1,300 people, including Congress MP Kumar Ketkar, have issued a public appeal against the “harassment” of activists by police that they said was part of a “larger design to shut down all dissent in the country so that no one dares question authority”.

Referring to the questioning of pacifist activist and Delhi University professor Apoorvanand Jha in connection with the riots in the capital in February, the appeal said: “It is not unusual, or even improper, for the police to ask citizens to cooperate in the crime they are investigating. What matters is the context and manner in which this is happening.”

The signatories added: “Like dozens of others in the past two months, professor Apoorvanand has been summoned under Section 43F of the Unlawful Activities (Prevention) Act (UAPA). This is not all — the summons mentions 19 sections of the IPC; two sections each of the Prevention of Damage of Public Property (PDPP) Act; two sections of the Arms Act; and, finally, four different sections of the UAPA.”

The signatories alleged that “this is not a normal inquiry or police business as usual”.

“It is part of a clear strategy by the Delhi police to present protests against the CAA as a conspiracy to plan and stage the communal riots that shook Delhi in late February. This, in turn, is part of the larger design to shut down all dissent in the country so that no one dares question authority.”

They said: “We appeal to all citizens committed to the values enshrined in the Indian Constitution — freedom of speech, equality before the law, secularism — to resist this attempt to turn India into a police state where all dissent is criminalised under the most draconian laws.”

“We demand that this systematic harassment of voices critical of the government and the blatant misuse of the law and the state apparatus be stopped immediately. If we fail to protest the muzzling of our democracy today, there may be no democracy left tomorrow,” they added.

Prof. Jha was grilled by the police’s anti-terror unit on Tuesday. The FIR, which does not name Jha, accuses several people of planning violent protests against the new citizenship matrix during US President Donald Trump’s visit in February, which the police claim led to the communal riots in which 53 people died.

JNU students Natasha Narwal and Devangana Kalita of the women students’ group Pinjra Tod, besides another member of their group, Gulfisha Fatima, are all behind bars in the case.